Music to your ears: 6 live music experiences around the world

Tango in Argentinian dancehalls, Bornean drumming in its rainforest and Banghra beats in Bollywood: music can install a real sense of place. Our specialists have collated some of their top live music experiences to incorporate into your next trip. 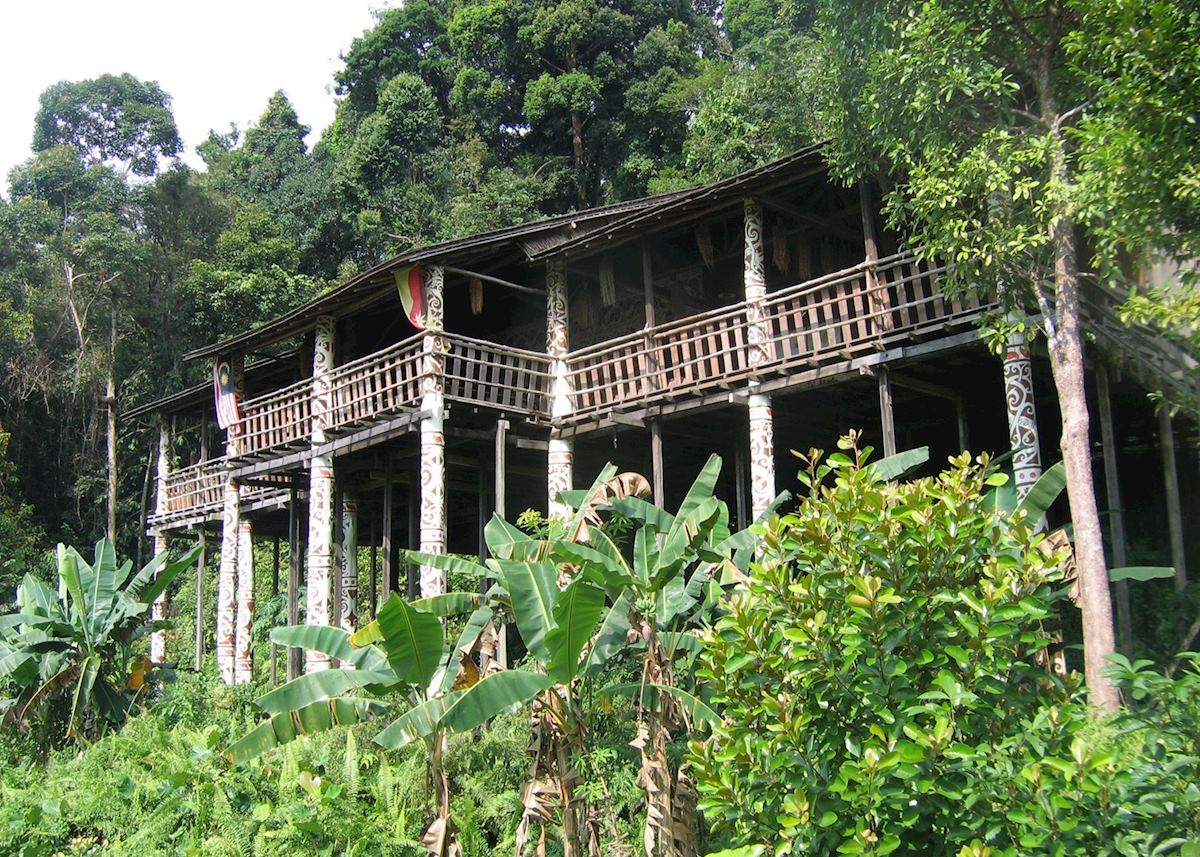 In mid-July, the museum becomes the stage for the Rainforest World Music Festival. Irish bodhran (drum) players, Bhutanese folk musicians and the Chilean National Dance Troupe are just some of the acts that perform in the traditional buildings or on stages to a backdrop of deep green rainforest.

Many of the region’s ethnic communities both perform and run workshops, including traditional dance classes and drum lessons. Local filmmakers run a series of films and there’s an extensive food bazaar showcasing delicacies from across Borneo — you can even have your cooking pots blessed in a traditional Malay ceremony.

Combines with: Kuching works well as a starting point for a trip across Malaysian Borneo, taking in the Kinabatangan River, orangutan spotting and an overnight stay with the Iban community. 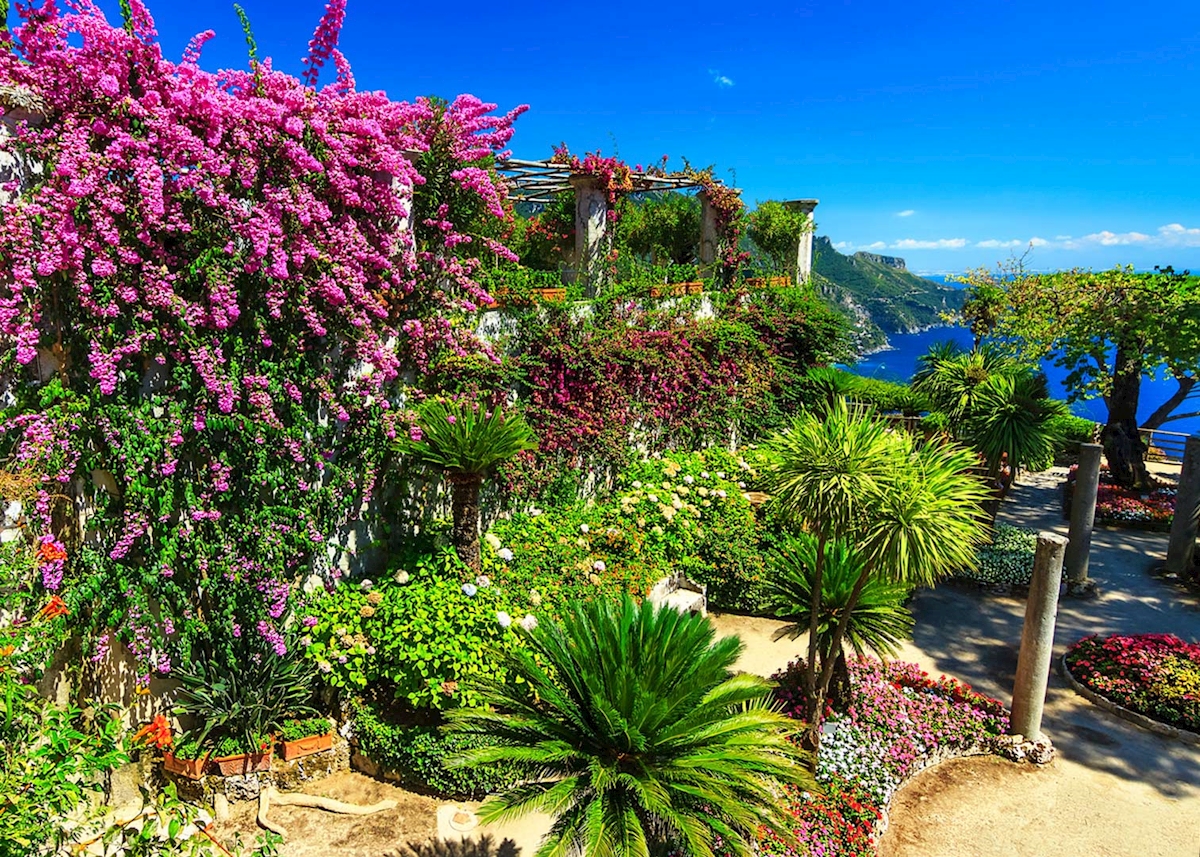 Standing amid the cliffside flower beds of Villa Rufolo, looking over the glittering sweep of the Mediterranean Sea, it’s easy to see why Wagner called this the ‘enchanted garden of Klingsor’. Indeed, the formal Italianate gardens inspired the composer’s set design for Parsifal.

Wagner’s music, in turn, inspired the Amalfi Coast village of Ravello to hold a music festival each July and August in the villa. Originally intended to celebrate Wagner’s music, the festival has expanded, and you might also see orchestras, chamber music quartets and even dance troupes.

These are world-class concerts but, to be honest, the real draw here is the setting. The stage perches at the very edge of the high cliff. Many performances are held against a backdrop of the sun setting over the deep blue water and the coastline snaking away to the south.

Combines with: Naples and Capri, for a full Amalfi Coast experience.

The milongas (dance halls) of Buenos Aires: the lifeblood of Argentine tango 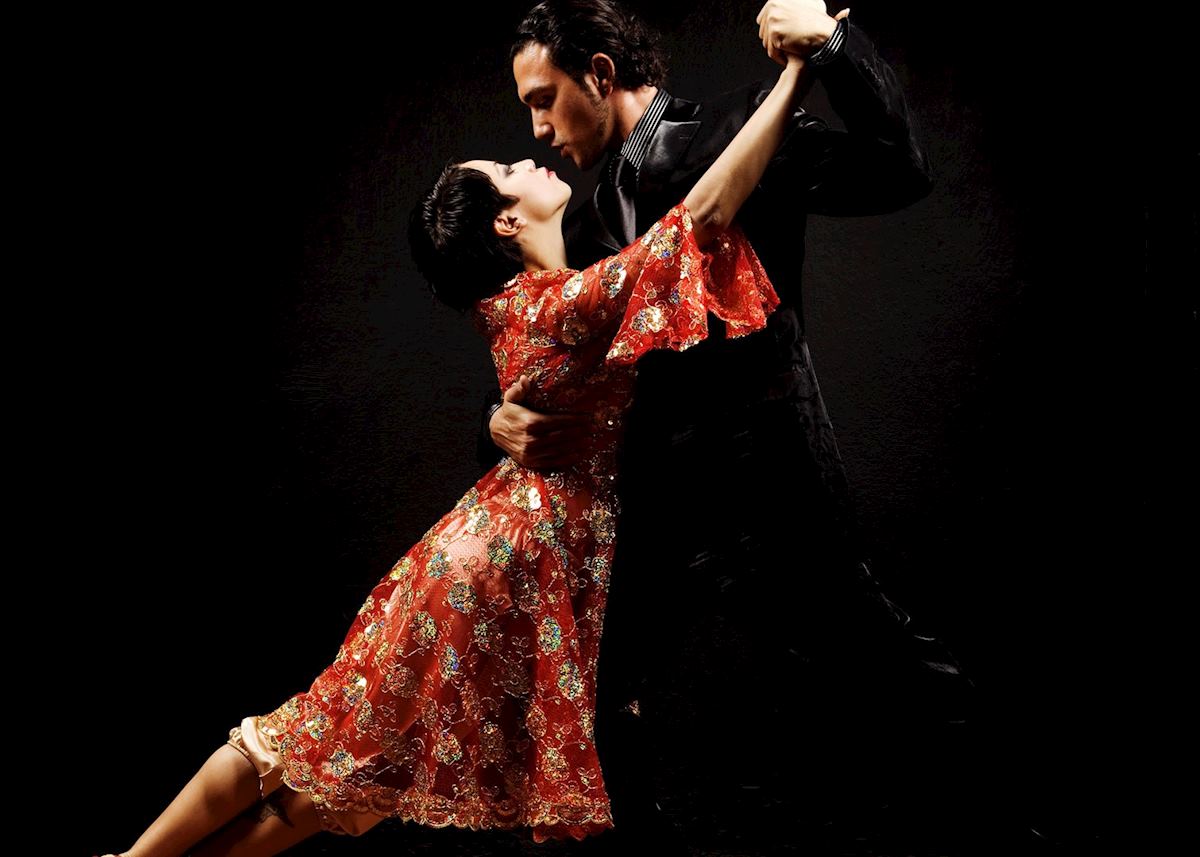 Buenos Aires has several razzle-dazzle tango shows, but if you want the real deal, you need to stay up later and enter a milonga. Sometimes set in grand old buildings, these are where you’ll find local tangueros (tango dancers) come sundown. Their choreography may be less acrobatic than anything you’ll see on stage, but it’s tango as it exists today: a beloved leisure activity that thousands of ordinary Porteños (Buenos Aires residents), many in their 70s and 80s, enjoy.

The live band ― a guitarist, a singer, and sometimes a pianist — traditionally includes a bandonéon, a concertina. Its plangent tone gives tango music its soul-stirring note of melancholia.

On a guided milonga tour, you’ll hear about the politically charged history of tango and then learn some steps before taking to the floor yourself. Or, you can sit at a table and look on with a long drink. Either works.

Combines with: A trip focusing on the highlights of Argentina, from the icefields of Patagonia to the winelands of Mendoza: kick-start your journey from the capital.

Experiencing the Sydney Opera House — as a performer 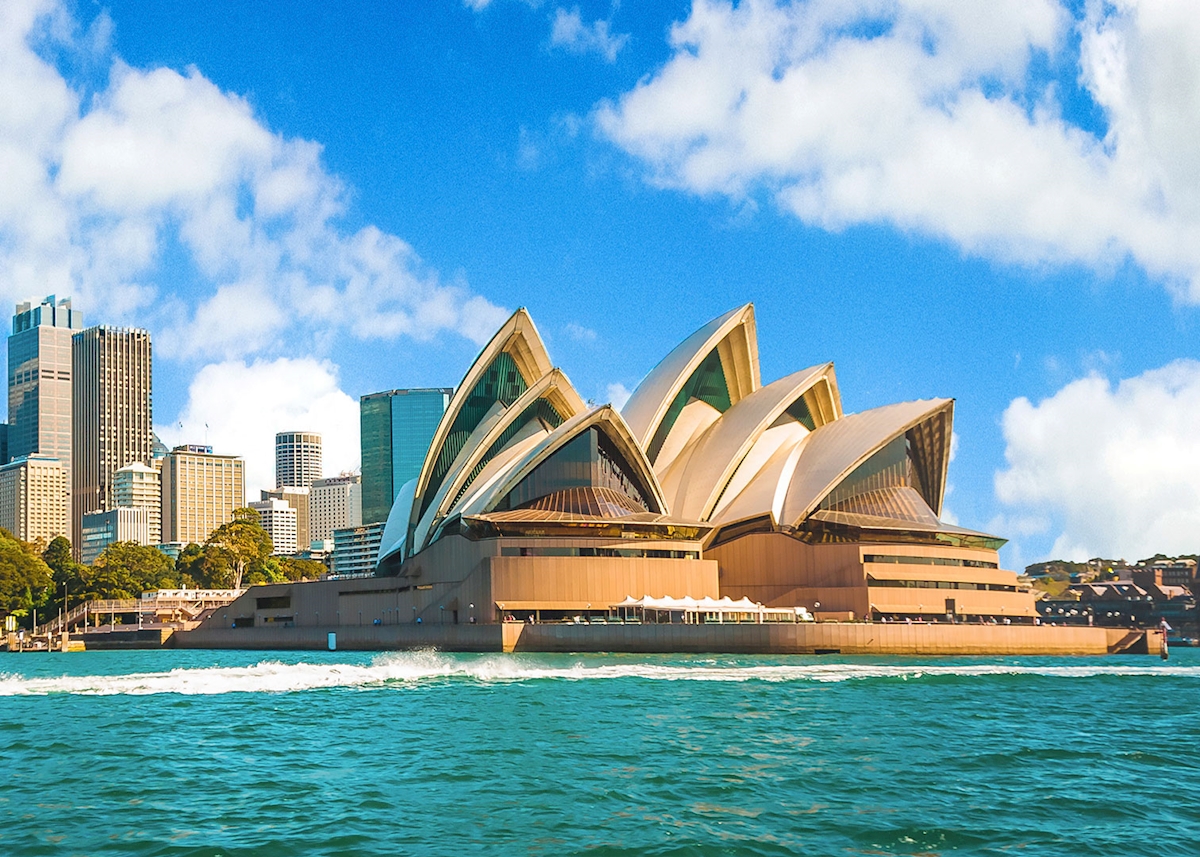 You can already take backstage tours of the Opera House, which give you access to the green room. However, on this new tour, you’ll meet one of the costumiers of Opera Australia, who’ll measure you for your on-stage outfit. You’ll also meet with the assistant director, who talks you through what you’ll need to do on stage, your entrances and exits.

Two days later, you enter the Opera House (via the stage door this time). After some time in hair and make-up, you’ll stride onto the stage as part of a live show with a guest of your choice in the audience (the experience includes a free guest ticket).

Combines with: A leisurely stay in Sydney ― you’ll need to meet with the costumier two days prior to the performance.

Behind the scenes in Bollywood – Mumbai, India 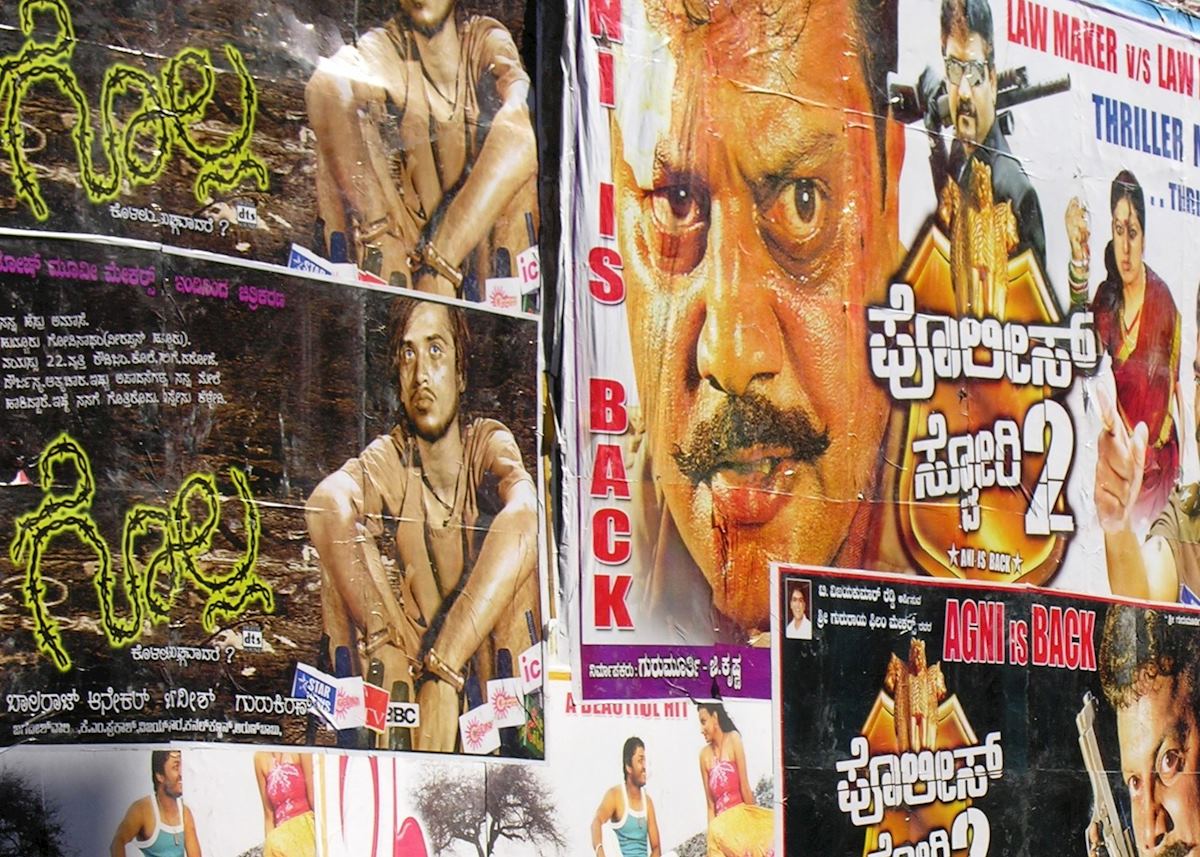 Begin your day in a dance studio, where you’re taken through your paces and taught some classic Bollywood choreography (no previous experience required, just a heap of energy).

You’ll then move into a studio, where you watch a Bollywood production being filmed. It’s a bit hit and miss whether you’ll see a bonafide film ― you’re more likely to see a soap opera, which are in production year-round. Then, a car awaits to take you around Bandra, the well-heeled area of Mumbai where the biggest Bollywood stars have their mansions.

After lunch, you can get into the recording booth and have a go at a voiceover. The sound engineer shows you how they make their audial tweaks, and how your voice will actually sound in the film.

And if you’re hungry for more, our tip is to hang out at Leopold Cafe in south Mumbai: runners often pick Western extras from the cafe’s clientele.

Combines with: almost any area of India — you could fly onto Kerala, Rajasthan or even pair it with a wildlife-watching trip.

The ancient theatre at Epidavros, Greece 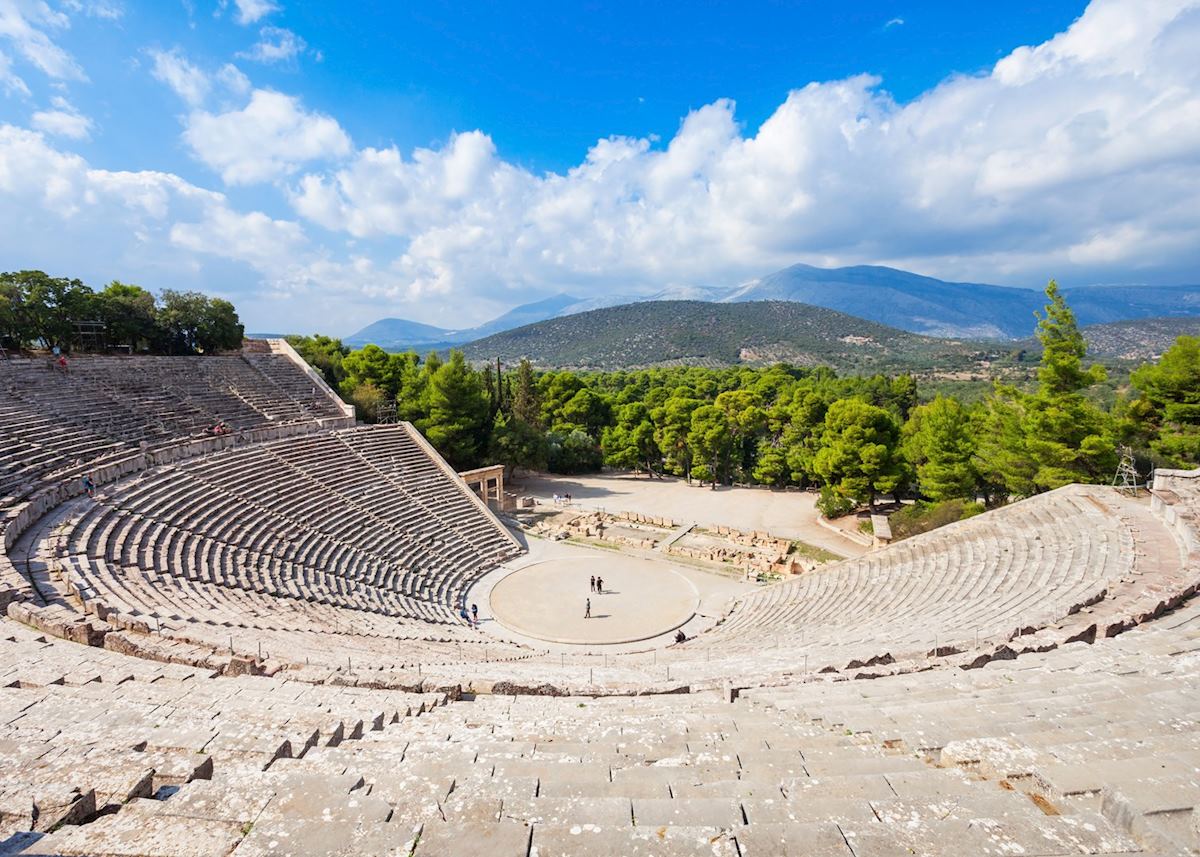 Despite its massive size — it seats 15,000 people, more than many modern venues — the theatre at Epidavros has near-perfect acoustics that allow every audience member to hear every word. Constructed in the 4th century BC at the height of Athens’ cultural power, it’s regarded as the finest ancient Greek theatre still standing.

The theatre is located on the Peloponnese, in Epidavros, a sanctuary dedicated to Asclepius, the Greek god of medicine. People who were ill came here to be healed and were often prescribed music or plays to help cure them.

Excavated in 1881, it has hosted the Epidavros Festival each summer since 1954. The festival lineup usually spotlights classical Greek plays, like Oedipus Rex and Electra and Orestes, but there are often musical performances too, including from British rock band Jethro Tull or cellist Yo-Yo Ma.

If you prefer to simply explore the site, we can arrange for a guided tour or a chance to kayak over sunken ruins.

Combines with: Athens. Because it’s just a two-hour drive from the capital, the sanctuary is easy to see on any visit to Greece, including a highlights tour.