The beautiful Sun Island (known to its early inhabitants as Titi Khar'ka, the 'rock of the puma' from which Lake Titicaca gets its name) is believed to be the birthplace of the Inca Empire.

On the northwestern end of the island is a rock that is worshiped as the place where Manco Kapac and Mama Ocllo (the children of the god Viracocha) were born — they went on to found the mighty Inca civilization. Today on this island you can see agricultural terracing that pre-dates the Incas, the remains of an Inca temple and a fountain that offers eternal youth, as well as traditional communities of over 5,000 people and grazing llamas.

Upon arrival at the little jetty you will be met by a Sun Islander with their llama, which will carry your bags along the paths up to the Posada del Inca hacienda. After a late lunch, you will be at leisure to explore the island or simply relax in the garden of the hotel. Your guide may suggest a windy walk to the island's highest point for sunset prior to dinner. 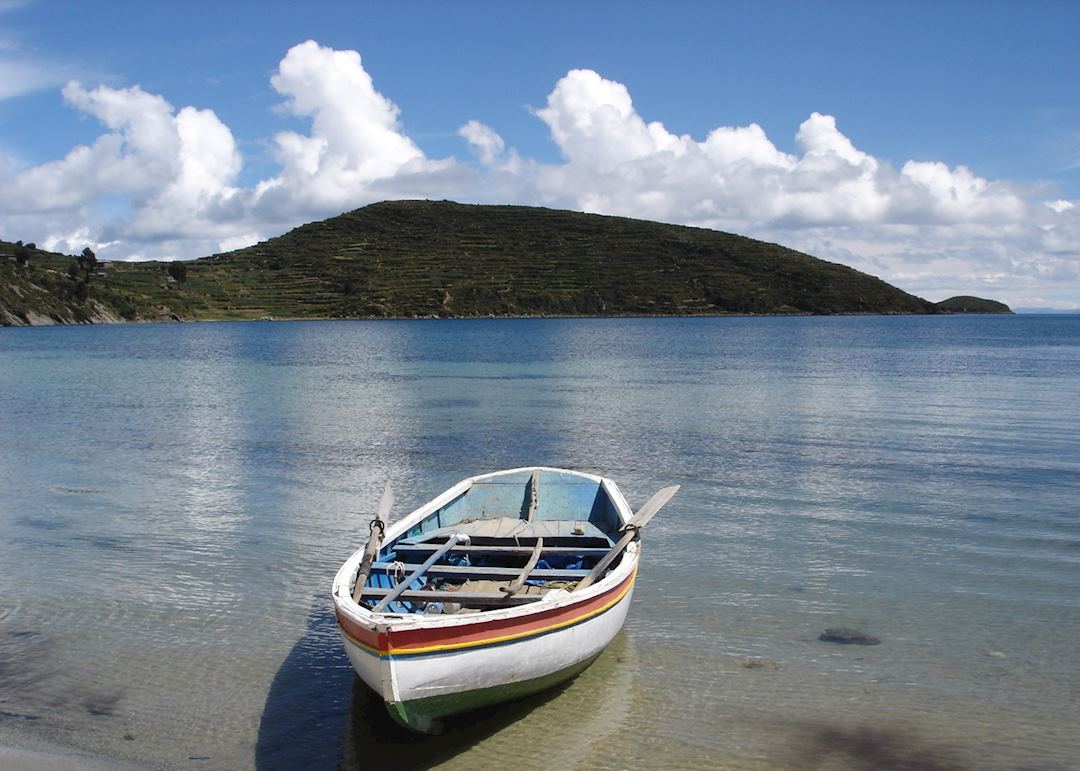