Where you can enjoy the outdoors in Europe

It’s easy to get swept up in the romance of Europe’s cities, but don’t let all those urban attractions distract you from the continent’s wildly diverse natural landscapes.

If you know where to go, you can stand atop weather-worn mountains, hike through sun-baked hills or ancient forests, or watch the sun set over the wind-lashed waves of the Atlantic or the calm turquoise waters of the Mediterranean. Our specialists suggest the best options for getting outside on your trip to Europe.

Standing in the shadow of Mont Blanc and packed with chic eateries, Chamonix is Europe’s original winter-sports destination city. But, the alpine pleasures here aren’t limited to the winter months. We can arrange a handful of different guided outings to help you get the most out of the countryside.

Riding the cable car up to the knife-edge peak of Aiguille du Midi, you’re making one of the highest ascents in the world. Both on the platform at the summit and during the ride, you’ll have peerless views over the whole of the French Alps fading off into the distance.

You can also ride a bright-red cog train to the top of the Mer de Glace (‘Sea of Ice’) — the largest glacier in France. From here, you can climb down 400-plus stairs to a man-made ice cave that’s carved into the heart of the glacier each year. The walls of the frigid cave undulate gently, as if ripples in the blue-white ice were moving very slowly.

If you want to walk, I suggest a guided hike from Chamonix. The route winds through piney forests and past small Alpine villages of wooden houses with steeply pitched roofs. At the midway point, you can pause at a secluded clearing for a picnic of bread, cheese, wine and fruits and admire Mont Blanc’s snowy peak. You’ll return via Le Lac Noir, an inky-dark lake with benches where you can rest your legs.

The Algarve is known for its coastline, which includes both sandy dunes and sandstone cliffs carved into arches and pillars. The area is popular, which means the beauty of the region’s beaches can be somewhat obscured by the throngs of sunbathers and large-scale hotels.

We can arrange for you to stay at a boutique hotel set in the hills above the coast. Guests can use the hotel’s shuttle to a secluded island, where you can enjoy the sand, sun and surf away from the crowds. But, to come away with a proper sense of the Algarve, I suggest a coastal walk along the western cliffs.

Along with your guide, you’ll take a path that follows the cliffs, and you can dart down to the occasional sandy cove for a swim. The most geologically interesting spot on the route is Ponta de Piedade, a sculpture garden of fantastical arches, grottoes and jagged rust-orange peaks that thrust out of the swirling turquoise shallows.

Nearby, you can pause for lunch at any of the seaside cafes that serve impeccably fresh seafood. If the combination of fresh air, a brisk walk and lunch leaves you feeling replete, you can opt to have your driver take you back to your hotel.

Alternatively, you can continue to Sagres, to visit the Cabo de São Vicente, a rocky promontory at the far edge of the continent that juts out high above the waves. With nothing but the Atlantic in front of you, there’s nothing to impede your views of the wind-lashed ocean.

Known locally as the Alpujarras, the lower foothills of the Sierra Nevada Mountains were the last refuge of the Moors, who set up enclaves high in these hills after the fall of Granada. To explore these hills, I suggest a guided hike that will take you through these small villages, which boast Berber-style white-stucco houses with flat roofs, like the ones in Morocco’s Rif or Atlas Mountains.

Perhaps the best example of this construction is in the tiny town of Pampaneira. Here, water channels still run down the middle of the streets, as they do in the Alhambra, and hand-woven blankets for sale hang on buildings, as they do in Moroccan towns like Chefchaouen.

Between the villages, you’ll walk through low hills of exposed stone and fragrant scrublands, populated with nimble goats and a myriad of birds, including the hoopoe, with its showy black-tipped crest.

I suggest visiting during Spain’s spring or autumn — it’s very hot in the summer. Also, if you visit in the spring, you’ll walk through almond orchards in bloom, their petals drifting down like snow to carpet the path.

The trees are also a main attraction on another guided hike that I suggest, in Huelva, the hilly province in western Andalusia. The area is known for its oaks, which drop an abundance of acorns, a vital fodder for the region’s black pigs that are the foundation for jamón ibérico. On your hike, you can opt to visit a farm and factory where the complex hams are produced in the traditional way.

An area of ‘savage beauty’, as Oscar Wilde called it, the rugged wilds of Connemara are far removed from Ireland’s postcard landscape of gently rounded hills, where white sheep graze on green grass. Remote and isolated from the rest of the country, this is a land of steep valleys, bare-sloped mountains and deep, still lakes with dark waters that reflect the sky like a mirror.

Much of Connemara’s wilderness is protected in a national park linked by plenty of well-marked trails. On a driving tour of the area, your driver-guide can find walks that suit your preferences, whether that’s a long hike into the Twelve Bens mountain range or a short, simple stroll to take you away from the road.

No matter where you go, you’re likely to see capaillín Chonamara, known in English as Connemara ponies. This hearty local breed is known for its gentle disposition and goat-like jumping abilities, a vital trait for surviving in this rugged landscape.

Most of the hotels here also have private guides, including fishing guides, called ghillies, as well as hiking guides and experts who can lead you in other country pursuits like clay pigeon shooting.

We can also arrange for different outings, including the one that I like best, at Delphi Lodge. It begins with a boat trip to visit mussel and oyster beds on Ireland’s only fjord, followed by a walk to a traditional farm, where you can watch a sheepdog demonstration.

Raw and untamed, the Cairngorms National Park encompasses an immense swathe of ancient wilderness bigger than the whole of Luxembourg. It’s home to bleak mountain peaks, heath moorlands and peat bogs, as well as a menagerie-worth of wildlife, including pine martens, ospreys, Scottish wildcats and red deer.

Considered the gateway to the Cairngorms, Rothiemurchus is a private estate that claims the largest area of ancient Caledonian Scots pine forest left in Europe, as well as a dense population of wildlife.

We can arrange for you to take a photography tour of the estate with one of Scotland’s leading wildlife photographers to track these elusive creatures. A local man, he’ll share the best spots to see different species, along with a professional’s tips on how to capture them best with your camera.

The estate also offers ranger-led tours, from adventurous walks to Land Rover safaris, complete with a champagne picnic overlooking the surrounding mountains, their slopes softened by a velvety coat of heather and furze.

From Byron to Picasso, the Sorrento Peninsula has inspired artists with its endless sun, limestone cliffs and waters that shade from glimmering aquamarine to depthless cobalt. This is Homer’s wine-dark sea, a craggy coastline riddled with grottoes, pebble-strewn coves and sea caves.

The area off the northwest coast, near the town of Sorrento, is a protected marine reserve where motor-powered boats are forbidden. I think that the best way to explore here is on a guided tour in a transparent kayak.

My guide, Luca, had a big smile and a seemingly endless supply of information about the area, as he led me along the coast at an easy-to-follow pace. You can paddle along, listening to him as you watch the fish- and urchin-dotted seabed through the clear hull of your kayak, or pause to get out to swim and snorkel.

If you prefer land-based adventures, the peninsula boasts plenty of walking trails. The best known is the Path of the Gods, which runs from the mountain village of Bomerano to the town of Nocelle, passing through landscapes worthy of the divine moniker.

Despite that, I prefer a guided hike down the quieter Valley of the Mills, which runs from Ravello down to Amalfi. The downhill path follows the bottom of a steep, narrow crevasse past defunct mills now overgrown with ivy, ferns and small trees. Cool and shady, even in summer, it’s a quiet walk and you’re not likely to see more than one or two other visitors.

Start planning your trip to Europe 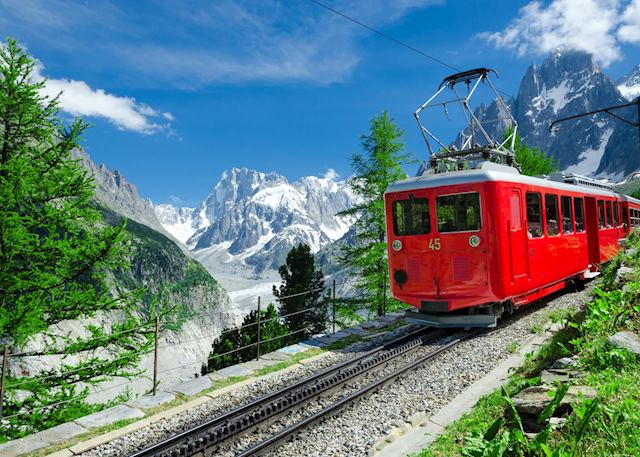