When you’re not relaxing on the sand, you can visit some of the ancient Greek sites that are within easy reach of Costa Navarino. You could tour the ruins of the Palace of Nestor, dating to the 13th century BC, and see what remains of Ancient Messini, a former city founded in the 4th century BC. Olympia and the Byzantine site of Mystras are all within two hours of this stretch of coast.

On the other side of the bay is Pylos, once a thriving Mycenaean port, and where the Athenians once trounced the Spartans in the Peloponnesian wars. You can visit its two fortresses — the Neokastro (new fortress) in the heart of town, and the Paleokastro (old fortress) sitting just up the coast. You might also like to visit the Pylos Archaeological Museum, which helps paint a picture of what life was like here centuries ago.

What resulted was a thriving city, evident in the structures that remain today. They include temples, a stadium, and even a theater that has been restored to host modern-day productions and concerts. Your guide will bring what you’re seeing to life, sharing tales of those who lived here and drawing out the details you might otherwise miss.

Mentioned in both The Iliad and The Odyssey, The Palace of Nestor dates to the 13th century BC, when it was occupied by the Mycenaean King Nestor. A short drive from Costa Navarino, today it’s one of the best-preserved Mycenaean palaces in Greece. Visiting gives you a tangible feel for the region’s past. 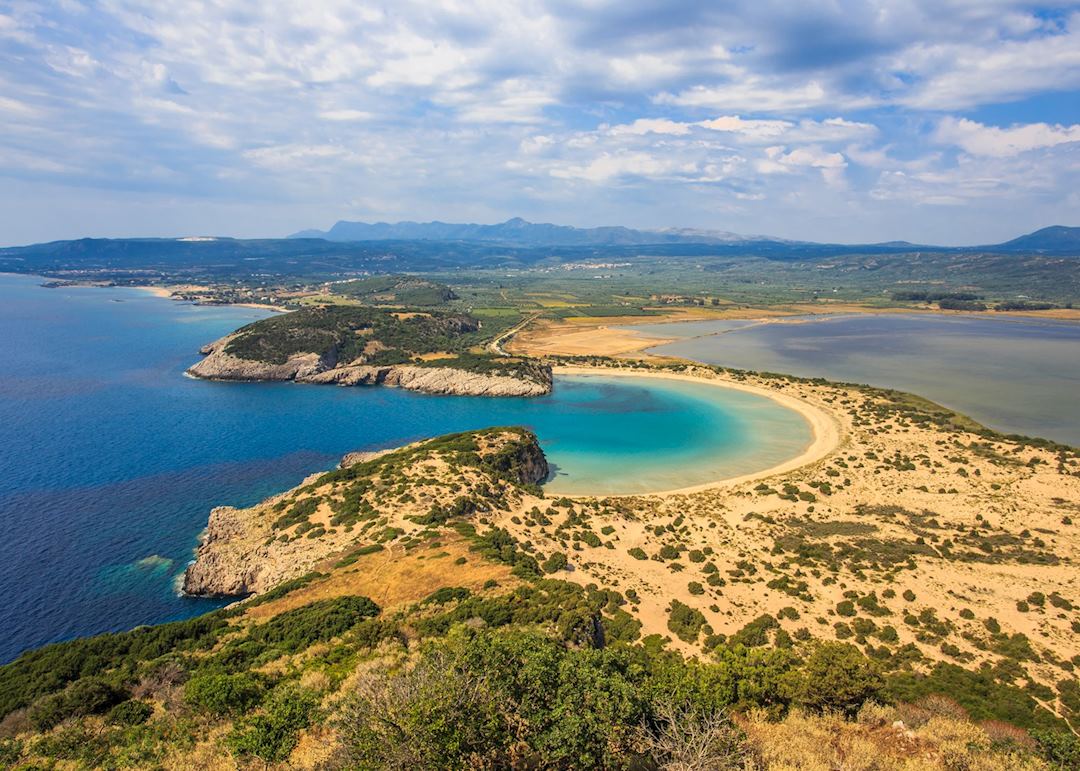