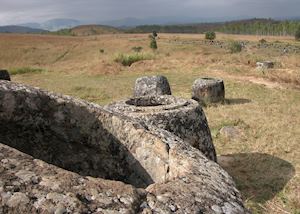 Some jars have bas reliefs carved into them, others lie broken and unmarked. There’s also a collection of stone discs, tombstones and funerary objects. Even the number of jars is debated — estimates range from 300 to 2,500.

The site’s low visitor count is partly due to its remote location — you can fly here from Vientiane (the schedule can be erratic) or take the longer road journey. The scenery up to the plains is a picturesque mix of twisting mountain roads and remote rural villages, but once at the plains, the ravages of the American bombing campaign of the 1960s has rendered much of the landscape barren. 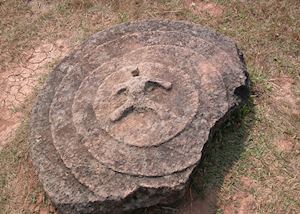 And therein lies the secondary reason for the low visitor numbers: the landscape was littered with unexploded ordinance, and some of it still is. There are two main viewing sites which have been completely cleared and are safe to visit, but it does mean you can’t simply wander where you’d like.

Map view Places near the Plain of Jars