Located on a large bay on the Sea of Cortez, La Paz is 137 miles by road north of the southern tip of the Baja Peninsula.

La Paz was originally founded by Hernan Cortes on May 3, 1535 but the hostility of the environment forced him to retreat a year later. Other efforts to colonize the area brought Sebastian Vizcaino in 1596, Isidro de Atondo in 1863, the Jesuits Juan de Ugarte and Jaime Bravo in 1720 and finally in 1811, Jose Espinoza who established the first permanent settlement that turned La Paz into the capital of Baja California Sur in 1830.

The town is sprawling and ever expanding but for the visitor it is the small historic center, the 'Port of Illusion' and the 5 km stretch of the seafront (the Malecon) that are of main interest. A large number of bars, restaurants and shops have opened along the length of the malecon and there is a sidewalk down the whole stretch making a lovely walk by the sea, especially at sunset. The La Paz area possesses boundless natural resources and is focused mainly on outdoors activities.

There are some beautiful beaches just a short drive away. Try your luck and experience legendary sport-fishing for marlin, tuna, dorado and more. Snorkel with playful sea lions or even whale-sharks during December to the end of February, or scuba dive with hammerhead sharks and giant mantas. Kayak spotting dolphins or beach-comb in the tranquil bays of Espíritu Santo Island. 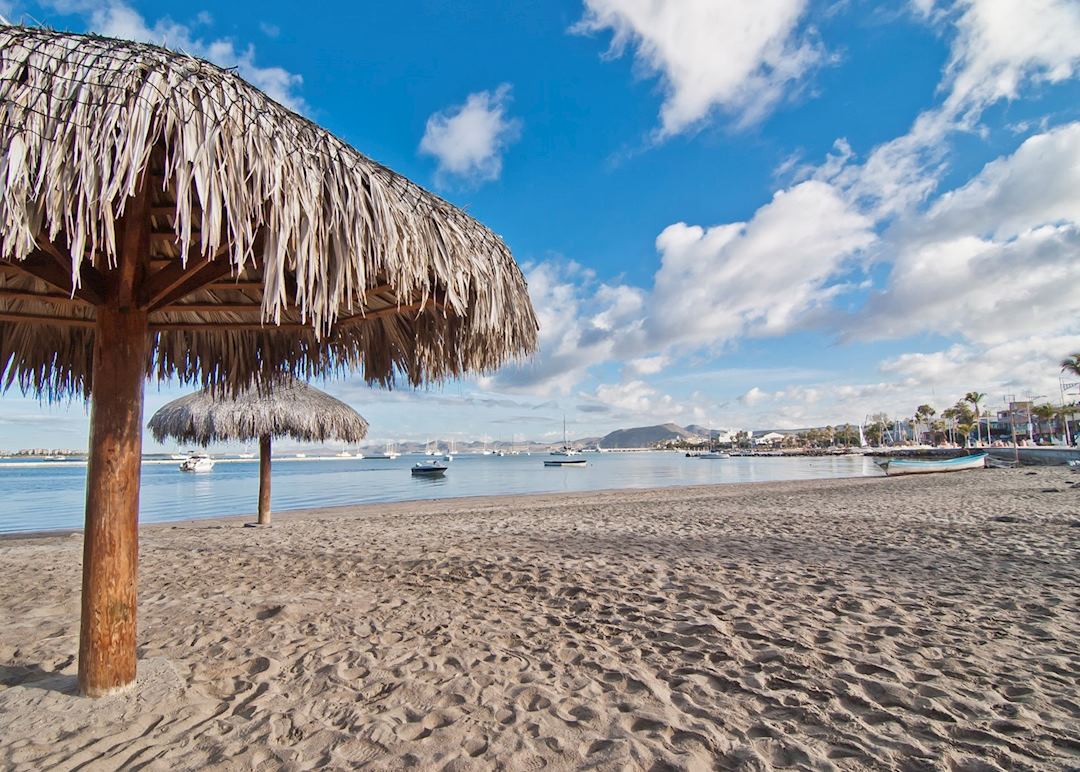 Written by our specialists from their own experiences of visiting La Paz, these guides will help you make the most of your time there. We share both our practical recommendations and the best ways to appreciate La Paz at its best.

We’ve selected a range of accommodation options for when you visit La Paz. Our choices usually come recommended for their character, facilities and service or location. Our specialists always aim to suggest properties that match your preferences.

Our specialists seek out authentic ways to get to know the places that could feature in your trip. These activities reflect some of the experiences they've most enjoyed while visiting La Paz, and which use the best local guides.