The island interior is forested with baobabs, waterfigs, knobthorn, mopane, pod mahogany and star chestnut trees. On the river banks you find jackalberries and the Chobe waterberry tree. In the middle of the island there is a particularly old and large baobab tree which is possible to climb (however, this is extremely dangerous as the 'ladder' consists of nails sticking out of the tree trunk and there are no safety ropes — it is entirely at your own risk). If you make it to the top you can see the point where the four countries of Botswana, Zambia, Zimbabwe and Namibia meet. 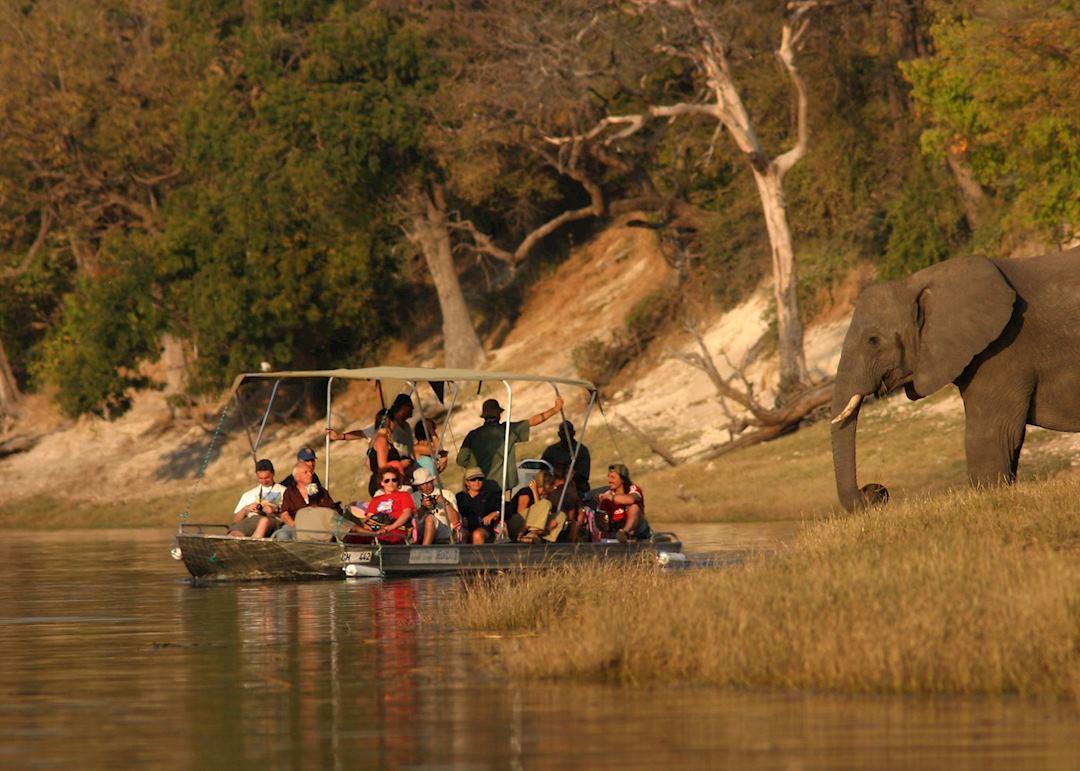