From the lonely reaches of the Irish coast to the busy streets of Edinburgh, the landscape of the British Isles is dotted with castles and manor houses — romantic relics of a bygone era when lords and kings still controlled the fates of nations.

Many have been turned into museums you can visit, but others have been converted into hotels offering an opulent stay.

These are just a few of the many castles you can actually stay in when visiting the United Kingdom and Ireland. They offer a range of experiences to suit your fancy, from historical pursuits like falconry and deer stalking to modern pleasures like spas and Michelin-starred dining.

Connemara is a stunning region on the west coast of the island. Far from the clotted traffic of the Ring of Kerry, you’ll find pristine lakes, rushing rivers, craggy coastline and green mountains with peaks worn smooth by time.

Nestled in the midst of all this wildness, Ballynahinch Castle seems perfectly at home. Its gray stone façade smooths seamlessly into the landscape, the crenulations reflected in the Owenmore River.

Inside, all the rooms offer views of the dense forests or the Twelve Bens Mountains that surround the castle.

Held by the Flaherty Clan since the 14th century, Ballynahinch was once home to Grace O’Malley, the pirate queen of Connaught, who married into the family in 1546. Much later, it was home to His Highness the Maharaja Jam Sahib of Nawanagar (better known as Ranjitsinhji, or Ranji Prince of Cricketers), an athlete who still holds several world records, decades after his death in 1933.

The grounds are huge and well cared for, with miles of hiking trails through the piney landscape. If you’d like to go fishing there is a professional guide, called a ghillie, on hand to help you learn the subtle art of fly-fishing. Among experienced anglers, the castle is known for its abundant salmon and sea trout, as well as its extended season, which can stretch into October.

Dromoland Castle — Feast like a king on a storied estate

A two-hour drive to the south, Dromoland Castle also offers fishing with a ghillie, though here you’ll catch freshwater trout and perch rather than salmon. You can try your hand at falconry, archery, horse riding and clay shooting on the extensive grounds, which include a golf course.

The current building was completed in the 1800s, but the estate is much older. It was once the stronghold of the O’Brien family, direct descendants of the first kings of Ireland, and the interior reflects that combination of royal indulgence and history.

In the lobby, elaborate crystal chandeliers reflect off the suit of armor standing sentinel, and hand-carved wooden mantels frame huge hearths that crackle with a fire in season.

The dining here is similarly sumptuous. There are several options — including the Michelin-starred Earl of Thomond restaurant and the more casual Fig Tree — and they all offer menus that spotlight locally sourced ingredients.

You can also request a picnic basket from the castle’s kitchens to take with you as you explore the hiking trails that lace the grounds.

In the Highlands of Scotland, you can find Fonab Castle. This tall, square red-brick castle stands on the banks of the River Tummel in Pitlochry, a town convenient to both the Malt Whisky Trail and Blair Castle, a 13th-century stronghold.

Rustic and intimate, the main building’s interior is full of odd twists and turns to accommodate the square footprint. The turret rooms offer sharply curved walls and romantic views of the loch. There are rooms in the modern wings, too, but they lack the authentic charm of the original building.

The restaurants and lounges boast an Old World feel thanks to dark-wood panels on the walls, deep leather or velvet armchairs and tartan carpeting. The whisky-tasting room offers a superb selection for those who want to drink the Highland’s “water of life.”

Nestled in the foothills of Ben Nevis, Inverlochy Castle was built in the 19th century by a local baron. Queen Victoria herself once declared “I never saw a lovelier or more romantic spot.”

In fact, if you have ever wanted to live like a Scottish laird, a stay at this 19th-century castle is likely the closest you can come without marrying into aristocracy.

Thanks to its proximity to the massive Achnacarry Estate, Inverlochy offers a wide variety of “country pursuits,” including shooting, fishing and stalking (the stealthy pursuit of deer on foot), as well as guided wildlife walks and photography tours.

Also nearby, the Fort William Golf Course offers 18 holes among the Scottish hills where golf was born. At the castle itself, you can try archery, axe throwing, white-water rafting, cycling and off-road driving.

Dining here is also fit for a lord. The Michelin-starred father-son team of Albert and Michael Roux Jr. offer an elegant menu based on local ingredients. The restaurant’s furniture is a gift from the King of Norway, and the mountain views are equally regal. Those interested in whisky will find a well-stocked cellar to explore, with an experienced sommelier on hand for guidance.

Witchery by the Castle — Gothic decadence in the city

Far from the peaceful glens and desolate lochs of the Highlands, the Witchery by the Castle offers a different sort of royal accommodation.

It’s not strictly a castle, nor even a hotel. Instead it’s an award-winning restaurant that rents suites in a 17th-century crenelated tower located on Edinburgh’s busy and historic Royal Mile.

The restaurant and rooms are both named after the ghost that’s said to haunt the hallways.

Legend has it she’s one of the many women executed for witchcraft — burned at the stake without proper trial — on nearby Castlehill during the 16th and 17th centuries.

There are just a handful of suites here, but all exemplify Gothic opulence. The furniture is made from dark carved wood and upholstered in heavy velvet brocades or lustrous silk.

Each room is unique and offers its own darkly bewitching charms, from elaborate tapestries to a roll-top bathtub sized for two. It’s not to everyone’s style, but if you have a taste for luxe drama, I suggest a few nights when you’re in the capital.

Originally, castles were a purely practical design — a defensible fortress designed to withstand attack and sieges.

One of the most elegant is Culloden House, an ivy-covered mansion once used by Bonnie Prince Charlie as the battle headquarters before the disastrous final Jacobite uprising in 1745. Parts of the house date back to the Middle Ages, though.

Whether you’re interested in the tragic twists of Scottish history or are simply an Outlander fan, the house’s role in the rebellion, as well as its proximity to many of the region’s attractions, make it a good place to base a trip to the Highlands.

It’s close to the site of the Battle of Culloden, Loch Ness, Clava Cairns, the Malt Whisky Trail and Cawdor Castle, of MacBeth renown.

General manager Stephen offers a warm personal welcome to guests — his genial manner and comprehensive knowledge of the region are some of the house’s main attractions.

Far to the south, deep in the realm of those that the Highlanders would have called Sassenach, Buckland Manor is a low, rambling country house with sections that date as far back at the 13th century.

The estate itself began as lands owned by the Abbey of Gloucester and is mentioned in the Domesday Book, as is the village of Buckland.

The central house spreads out in a jumble of later additions, all built of local honey-gold stone and sporting a veritable forest of chimneys. Around it, you’ll find lovingly tended gardens and leafy woodlands that overlook the Vale of Evesham, a vast patchwork of green fields and dense hedges.

Here you can indulge in the genteel pursuits of rustication — a friendly game of tennis, croquet on the lawn and taking a stroll through the rose garden.

In the northern reaches of the Cotswolds, a stay here captures the pastoral charms of the region and provides a convenient base for exploring the area’s rolling hills, storybook villages and sweeping views.

On the southerly end of the Cotswolds, the Manor House is a bit taller and perhaps grander than Buckland, with sharply peaked roofs and a dense covering of ivy.

The oldest parts were built in the 14th century to replace a Norman-era castle that had fallen into disrepair. One of the lords of the manor, Sir John Oldcastle, is thought to have been the model for Shakespeare’s Falstaff.

The in-house restaurant, the Bybrook, is Michelin-starred and offers elegant fare crafted from local ingredients, some harvested from the hotel’s own kitchen garden, beehives and pig pens.

The sprawling grounds include a small spa inside the estate’s old potting shed, as well as a golf course, croquet lawn and tennis courts. There are also formal gardens and rambling paths for leisurely walks to enjoy the refined pleasures of the English countryside.

Nearby, you’ll find the city of Bath, with its Roman Baths and Georgian mansions.

Lady Mary Wortley Montagu, one of the region’s well-known diarists, called it a “very pretty place” and indeed, it is, thanks to a Christopher Wren-inspired design. Fans of his esthetic will spot his influence in the house’s classic horizontal skyline, white sash windows and stone quoins.

Beyond the main house you’ll find several gardens, including a rose garden, spring garden, an all-white garden and a kitchen garden. The latter is encased in stone walls that call to mind Frances Hodgson Burnett’s children’s book The Secret Garden. Here, some of the original plantings remain, and the rest has been carefully restored. Elsewhere among the grounds you’ll find a park, arboretum and, eventually, the river.

Inside, the spa boasts a sauna, bath and steam room, as well as a sunken pool that looks out onto the walled garden. You can also indulge in elegant dining, including afternoon tea.

The manor is close to the city of York as well as several regional attractions — York’s cathedral and Roman walls, the JORVIK Viking Centre, museums and other stately manors and formal gardens.

Why Travel With Audley

Our trips don’t come off the shelf, there’s no set recipe — they're tailor-made down to the finest detail around your tastes and interests.

Quite simply, we listen to what you want and then carefully design an individual trip to match, working to your budget and with an absolute commitment to quality.

We have genuine experts for each and every one of our destinations, expertise that comes from having traveled many times or lived there. Our specialists will design a trip around you, show you the highlights in a different light and introduce you to places and experiences that others might miss.

Here’s how to start designing your next trip, and why you should book it with Audley. 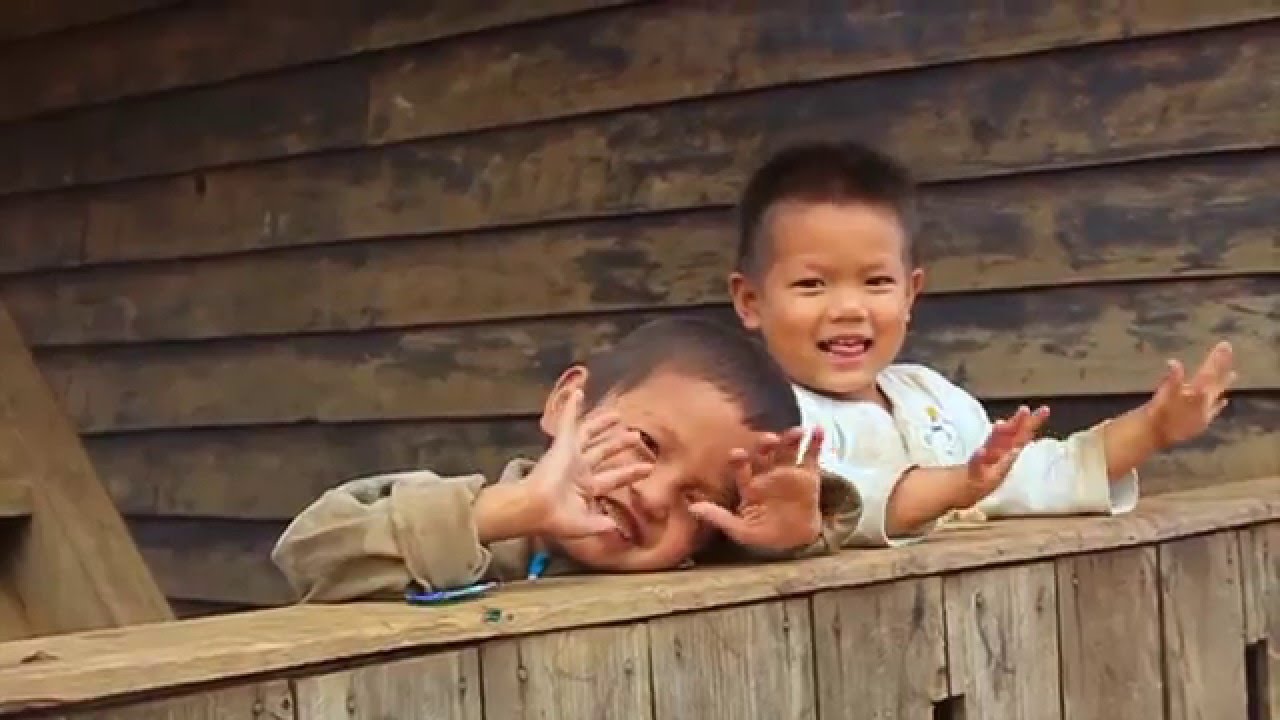