Upper Egypt refers to the southern half of the country, containing the upper reaches of the river Nile. Today, as in history, the towns and sights are largely confined to the narrow strip of cultivated land either side of the river.

The area is home to one of the greatest concentrations of historical monuments anywhere and although it is the landmarks of ancient civilisations that dominate and draw visitors, the modern world has also left its legacy with the Aswan High Dam and its offspring, Lake Nasser. 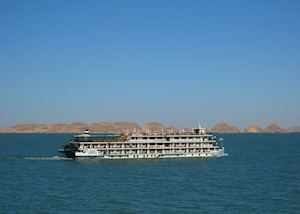 Both the Nile and the lake are popularly explored by cruise, although the sights of the Nile Valley can equally be visited from the delightful hotels of Luxor and Aswan.

Places to visit in Upper Egypt

Featuring heavily on our experiences of visiting Upper Egypt, these selected places are destinations that also prove consistently popular with our travelers. Our specialists can help you choose how to include them in your wider trip, based on your preferences.

Our itineraries will give you suggestions for what is possible when you travel in Upper Egypt, and they showcase routes we know work particularly well. Treat them as inspiration, because your trip will be created uniquely by one of our specialists.

Places in and around Upper Egypt

We’ve selected a range of accommodation options for when you visit Upper Egypt. Our choices usually come recommended for their character, facilities and service or location. Our specialists always aim to suggest properties that match your preferences.