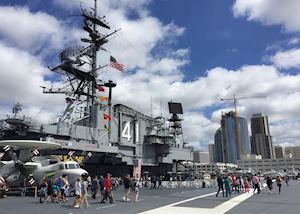 We suggest setting aside time to take advantage of San Diego’s most prominent natural feature —the Pacific Ocean. Board a replica of schooner America for a whale-watching cruise. Your knowledgeable guide will point out any marine life you might see, which could include gray whales and dolphins. You’ll also learn about the US Navy sites you pass as you head out of the bay.

You’ll be treated to expansive views of the Big Bay and city skyline from the top of the Coronado Bridge. You’ll travel through the storied Gaslamp Quarter, the Embarcadero and Little Italy. You’ll visit the island of Coronado, home to one of California’s most beautiful beaches. Along the way, the trolley will also make a stop at Balboa Park — home to more than 12 museums, free gardens and the Old Globe theater. 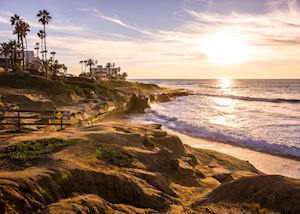