Wood Buffalo, covering almost 45,000 square kilometers, is the largest national park in Canada and continues across the border into Alberta.

The park was established in 1922 to protect the world’s largest free-roaming herd of bison whose population had dramatically decreased from an estimated 40 million in 1830 to just over 1,000 in 1900.

Now a UNESCO World Heritage Site, the park continues the long-standing tradition of native subsistence used by people who continue to live, hunt, trap and fish within its boundaries.

The park’s diverse ecosystems support and protect many unique natural resources, including rare species like the whooping crane and other summer visitors such as bald eagles and peregrine falcons. This is a land of boreal forest, swamps, salt plains, streams and rivers: ideal habitats for moose, caribou, bears, lynx and wolves. 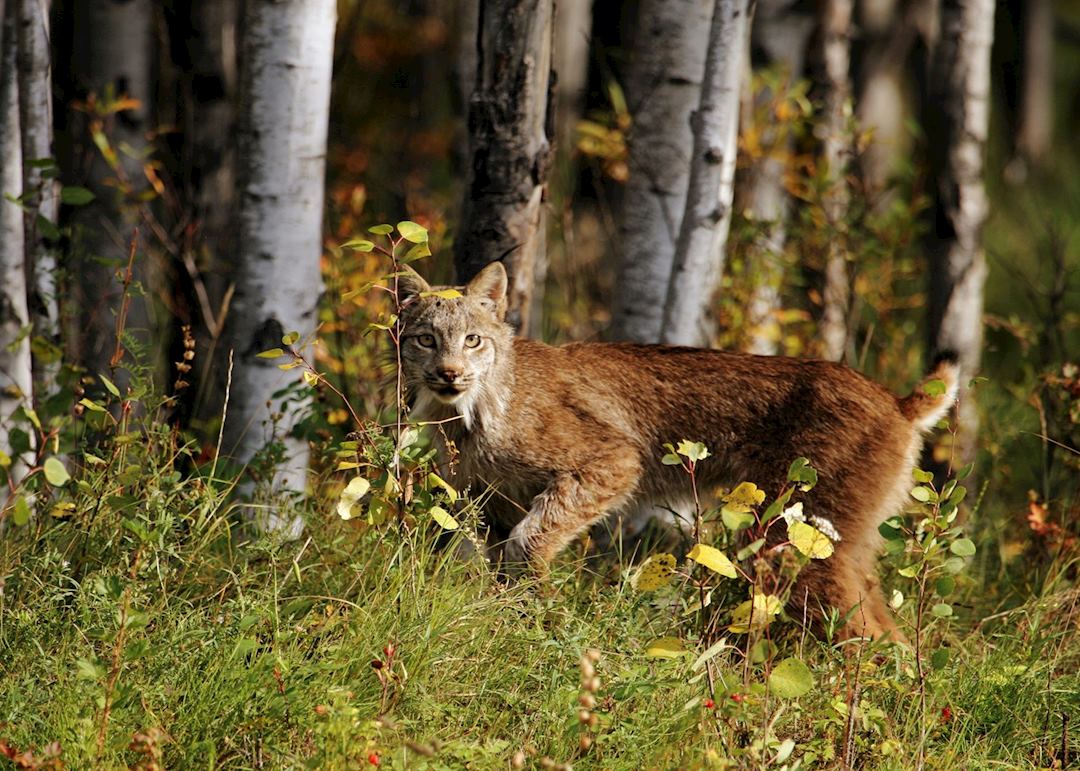