It goes without saying that our specialists have deeply felt connections to certain countries, but here we’ve asked members from across our teams to identify a particular place that speaks to them. Somewhere that they’ve found themselves inexorably drawn back to, again and again. Interestingly, many are cities — oft-maligned cities, at that.

Here, they recount how they first came to their special place. They’ll also share their knowledge for how to tap into its heart, seeing things that most fly-by-night visitors won’t ever come across — all of which could provide inspiration for your future travels. 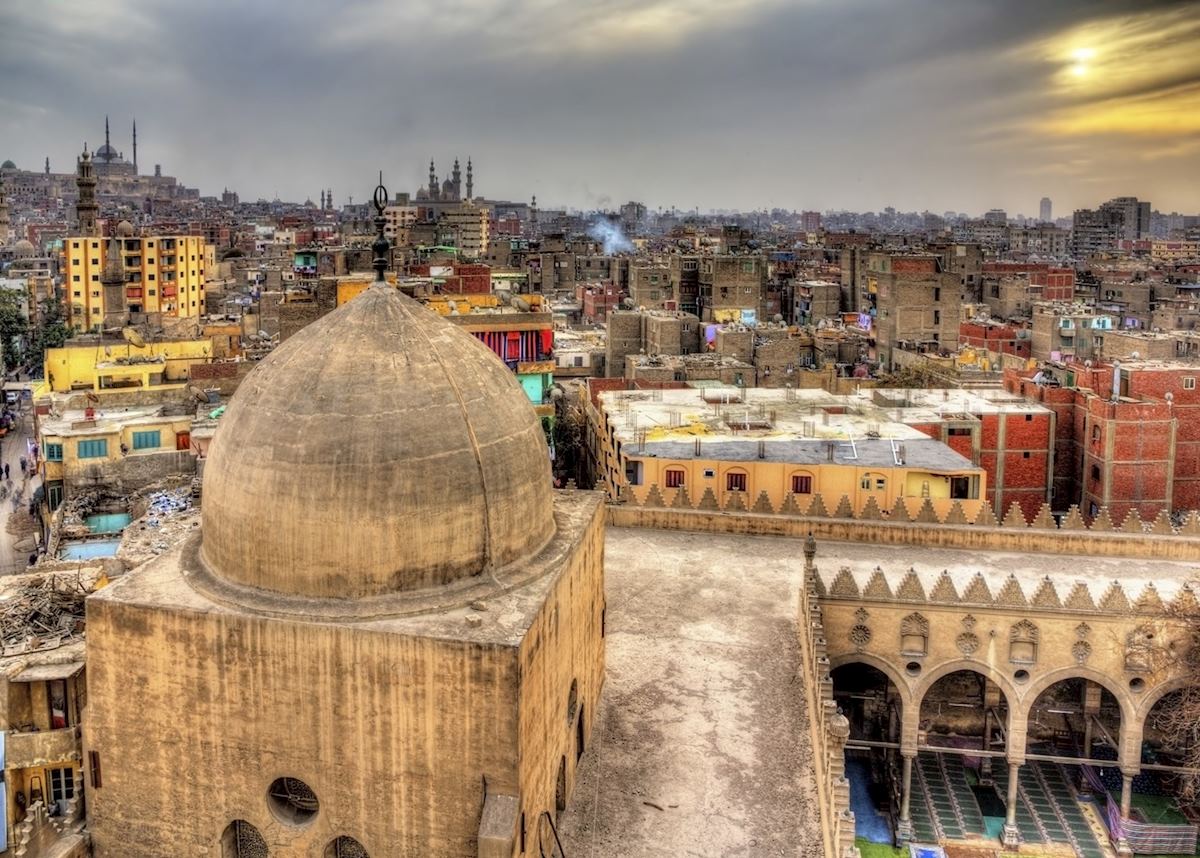 The Mosque of Amir al-Maridani, Cairo

Cacophonous and chaotic, Cairo can be overwhelming. It’s a jam-packed, frenetic city and drivers here use their horns freely and often. Many visit the pyramids at Giza and the Egypt Museum and then try to get out of Cairo as quickly as possible. That’s a shame, because the city has plenty more to offer, so I suggest spending at least two days there.

I have loved Cairo ever since I lived there 20 years ago as a student studying Arabic. I’ve returned many times over the decades and I always take time to visit Coptic Cairo and the Islamic Quarter, which both remain unchanged since the Middle Ages. Churches, mosques, city gates and shops crowd together on streets too narrow for cars and the roar of the traffic is muted to a distant grumble.

The Islamic quarter offers the city’s best examples of medieval architecture. More than 1,000 years old, the Ibn Tulun Mosque is the oldest intact mosque in the city and its crenelated walls surround a vast interior courtyard. The recently restored Bab Zuweila is one of the rare remnants of the original fortifications, dating back to the 11th century. Nearby, the tentmaker’s bazaar is filled with stalls where men still hand sew brightly appliqued tents and cushion covers.

In the evenings, I like to stroll through the quiet streets of Gezira, an island in the middle of the Nile, stopping for a late meal at a waterside restaurant like Sequoia. From there, you can watch the sun set over the river, where the hazy orange glow lights up the city’s skyline. 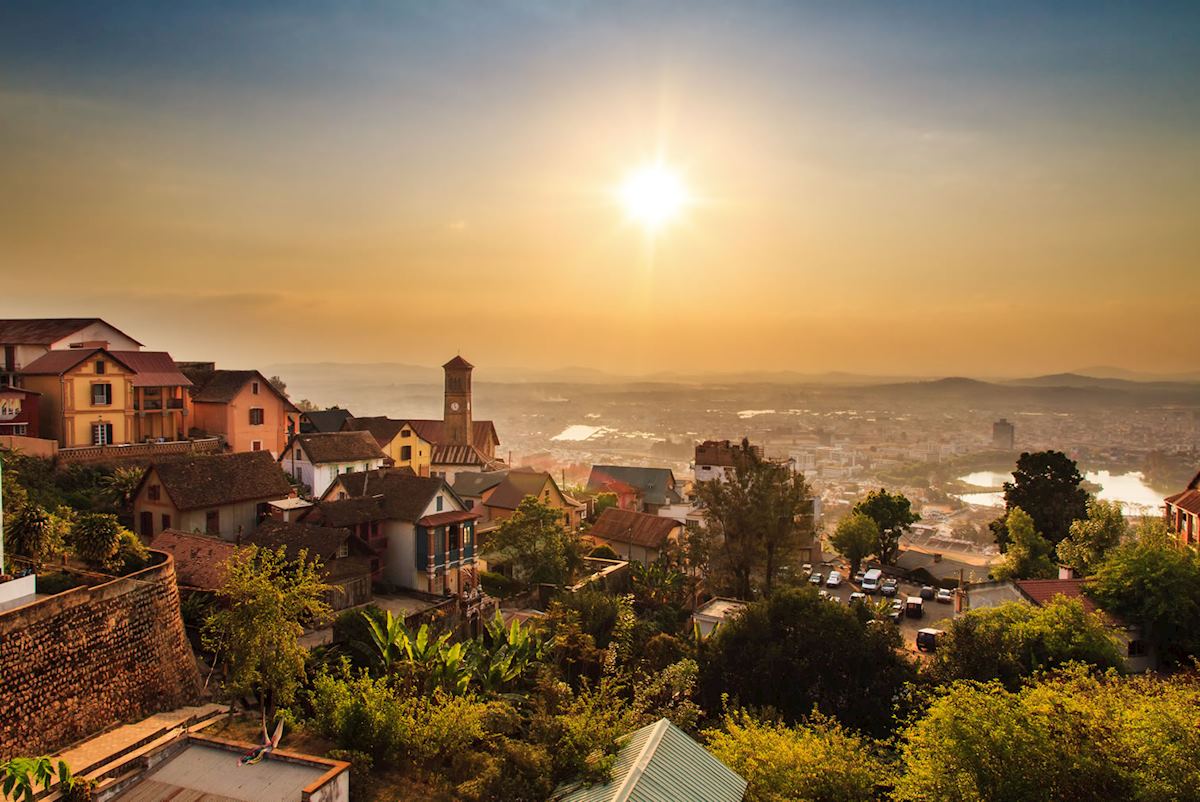 ‘Are you allergic to peanuts?’ I was asked when applying to volunteer for the USA’s Peace Corps. I replied that I wasn’t. ‘Then you’re going to Madagascar’. It was hard to know what to expect when arriving at this far-flung African island. Spending the next two and a half years living and working in a Malagasy village just outside Ranomafana National Park, I soon found that Madagascar is a country that’s impossible to predict — and that’s part of its appeal.

Most people visit Madagascar to see its eclectic cast of wildlife — endemic lemurs, thumbnail-sized chameleons and psychedelic insects that wouldn’t look amiss in a sci-fi movie. But, learning Malagasy and working with rural communities to help tackle the country’s deforestation issues taught me that there’s just as much to explore and appreciate in terms of its culture.

To begin to understand this slow-paced, underdeveloped, but culturally rich nation, I’d encourage you to spend time in its capital, Antananarivo. Yes, it can be overwhelming at first as carts and wheelbarrows piled high with fruit weave through the crowds, and cattle are herded across town. But, there’s a realness that’s hard to find elsewhere — nothing is set up or polished for tourists’ eyes.

I suggest exploring the city with a private guide, taking in some of its landmarks, such as the Rova of Antananarivo — a complex of 17th-, 18th- and 19th-century palaces. Then, we can arrange for you to take part in a chocolate-making workshop run by a local artisan, who’ll show you how to craft luxury chocolates from the island’s home-grown (and very rare) criollo cocoa beans. 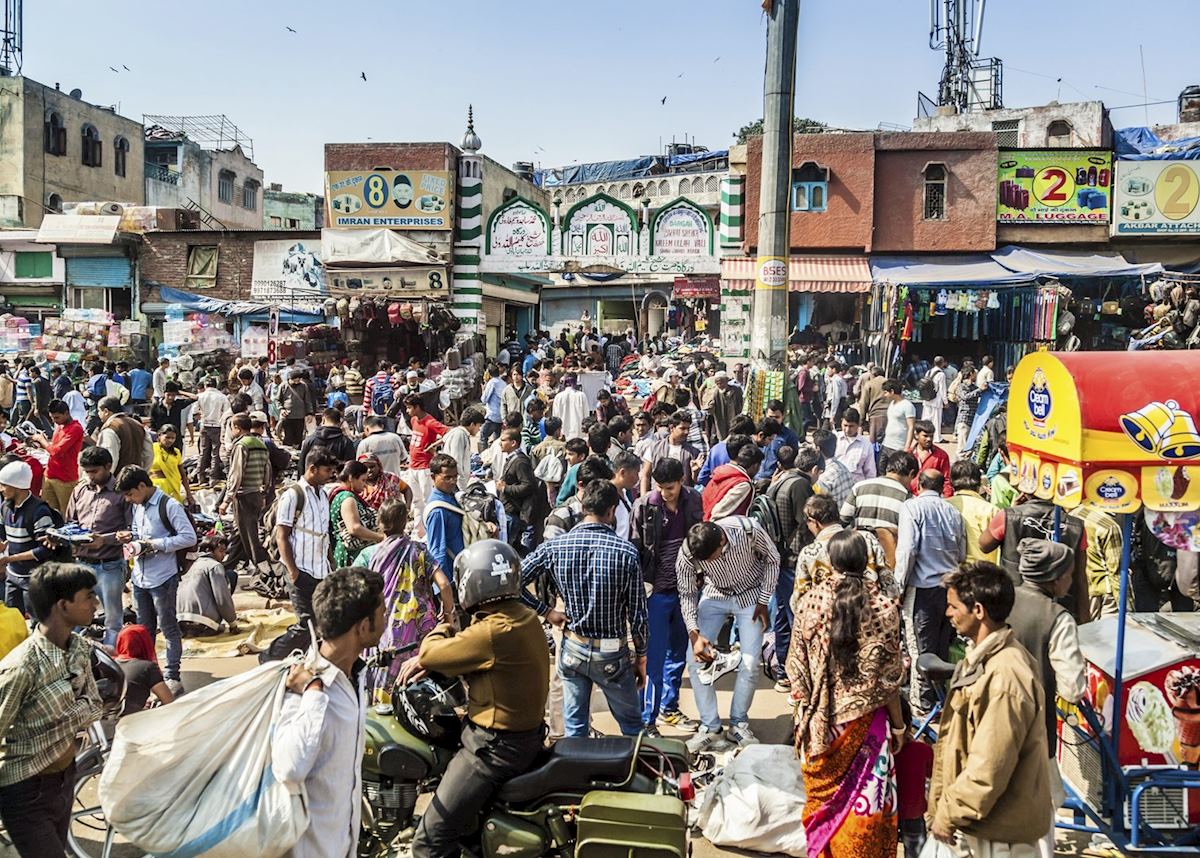 Each year I spend a few nights in Delhi before heading off to explore a new patch of India. Many people whisk themselves straight out of the city, off to the Mughal forts of Rajasthan or on a connecting flight to Nepal or Bhutan. Ever since I first arrived in India, as a curious English teacher, I’ve found that India rewards slow travel — give Delhi a little time, and you’ll be sipping chai like a local.

Every year I make a new list of the things I’d like to do in the city. One thing I always revisit is a guided food walk through Purani Dilli (Old Delhi). There’s always a stall or hatch that’s opened up, with a new chutney or chai recipe — last year I tried one with rosewater. While Delhi’s developing at speed, this is one corner that will always be a kebab-grilling-parantha-frying warren of street food, where I’ve watched older family members teaching the next generation their techniques.

To start off a day in Delhi, I recommend taking a private yoga class in Lodi Gardens. In the calm of the early morning, you’ll be guided through a surya namaskar (sun salutation), while surrounded by neat lawns, flowerbeds and the tombs of 15th-century sultans. You could then get hands-on at lunch by helping to roll out chapattis in the volunteer kitchen of Gurudwara Bangla Sahib, Delhi’s gilded-dome Sikh temple. I’ve met some fascinating people while sitting cross-legged on the cool marble floor, eating with the rest of the volunteers. 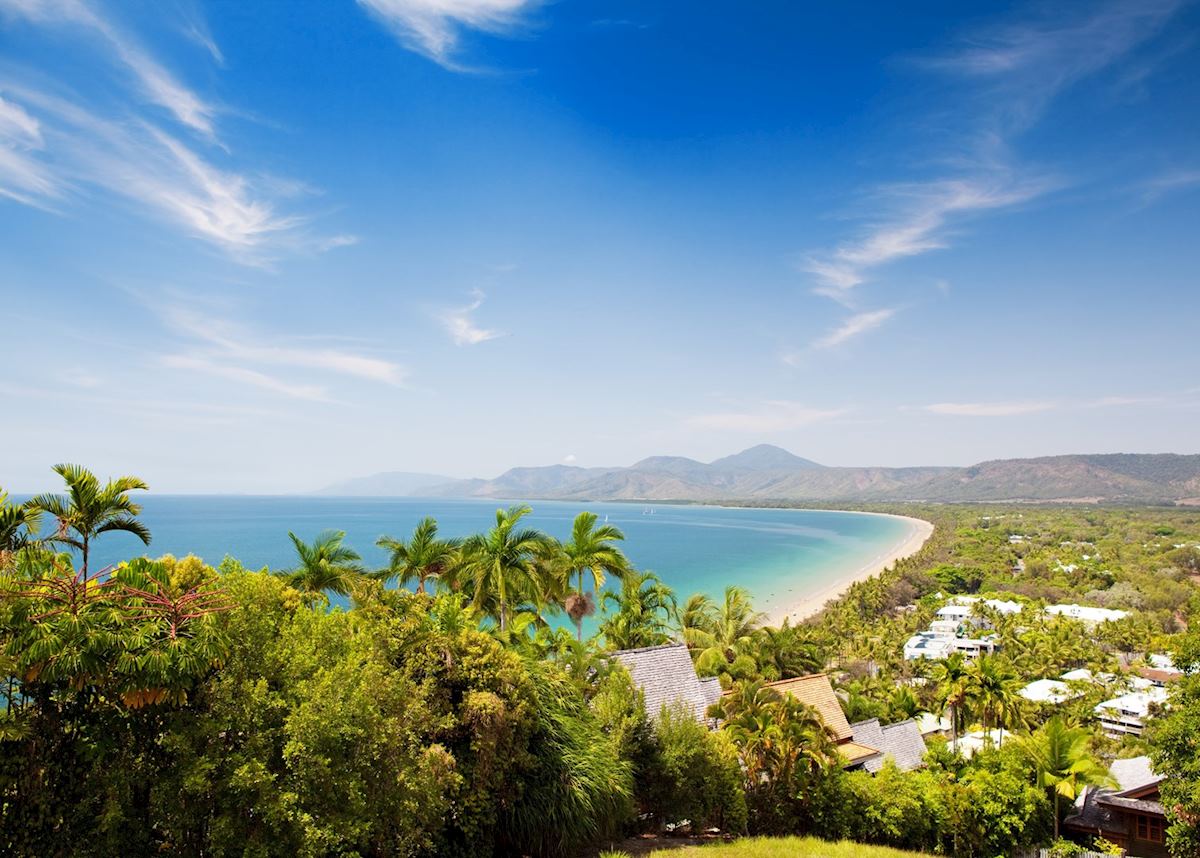 Port Douglas — a town abutting the Daintree Rainforest and looking out to the Great Barrier Reef — is my boomerang place. I initially visited for five days, and ended up staying for two years. I’d move away, to see more of Australia, but always come back to live and work there. My daily commute? Walking along Four Mile Beach, breathing in the scent of frangipani carried on the ocean breeze.

When I return, I fall happily into my old rhythms: lounging in Anzac Park at sunset with a picnic, or idling in the park’s Sunday morning markets. First-time visitors shouldn’t hesitate to come and mill around the crafts and food stalls, perhaps trying a freshly squeezed tropical juice (I love the lusciously chocolately black sapote fruit). Then, seek out Port Douglas’s petite timber church, St Mary’s-by-the-Sea. The window behind the altar offers a panoramic view over the Coral Sea, and the Great Barrier Reef beyond.

If I had one tip for anyone planning to spend time in the area, it’s to experience a tour with the local Kuku Yalanji people. 20 minutes from Port Douglas lies Mossman Gorge, an area of the Daintree bisected by a river spliced with huge granite boulders. Here, you can go on walks with Kuku Yalanji guides who’ll show you their clan’s deep-seated relationship with the rainforest, in particular the medicinal properties of its plants.

You’ll pluck the leaves of a soap tree, mix them with water, and watch as a lather forms in your hands. You can also swim in the gorge’s freshwater pools — the water is crystalline and (crucially) croc-free. 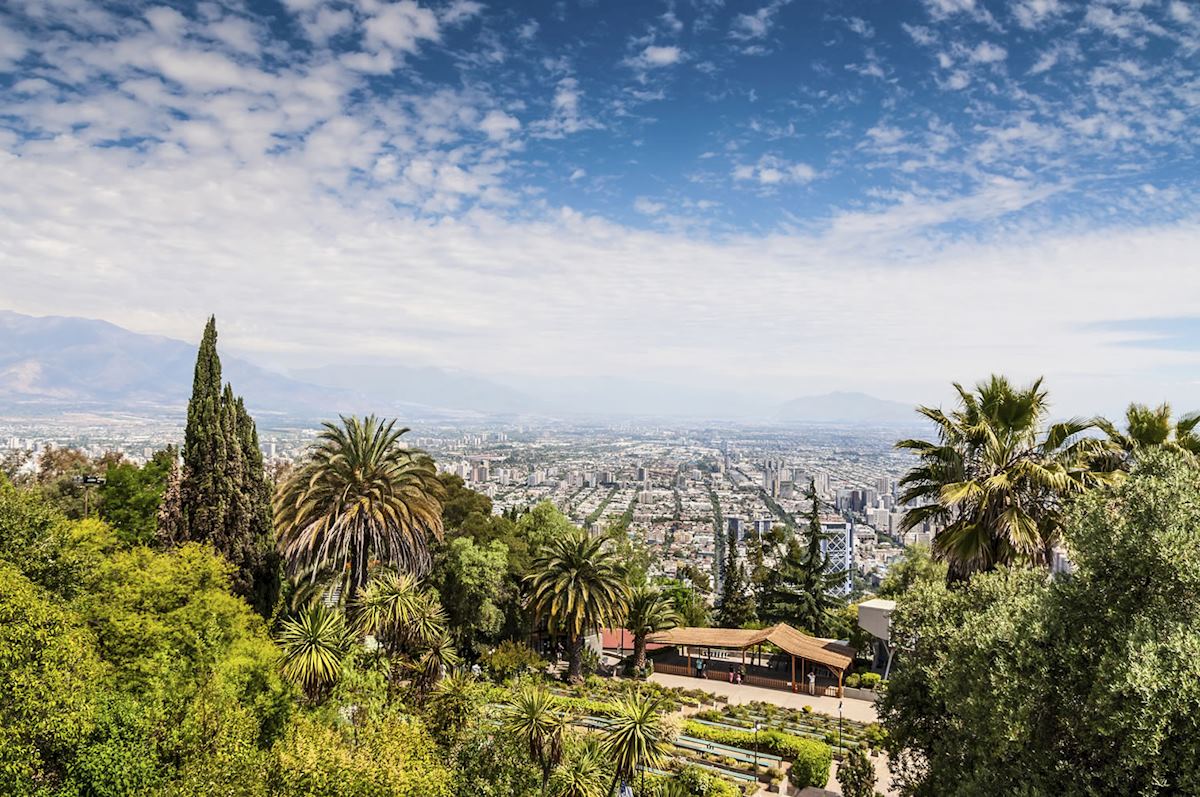 Santiago’s often compared to the overtly sultry, showy Buenos Aires — and unsurprisingly, it usually comes off looking a bit dull. I say, don’t discount Chile’s capital until you’ve spent a couple of days in situ. I lived there during university, and after graduation it drew me back like a magnet. Since then I’ve revisited Santiago with Audley — and I’m next heading back in October.

So, what’s its appeal? It’s hard to pin down. I like how self-contained the city is: you can walk around its downtown in a day. Despite an influx of development and ever-shinier skyscrapers, its main sights — its museums, markets and arty districts — aren’t touristy. English isn’t prevalent (good news for aspiring Hispanophones), and it’s easy to wander absently into a quiet residential quarter, full of ordinary Chileans going about their business. Plus, the sometimes-snowy Andes are right next door — and Santiago is full of cerros (hills) with summit platforms offering front-row seats.

When I go back, I head to Barrio Italia, an area brimming with independent shops and cafes, and quirky little places offering crafts workshops — you can spend a contented afternoon here sipping coffee and making a mandala (a dreamcatcher for indigenous South Americans). I’ll also ride the cable car (which only opened last year) up San Cristóbal Hill for the best view of the Andes.

Then, I’ll investigate the city’s newest crop of restaurants. In the years since I lived here, I’ve noticed how Santiago is branching out from its staunchly South American food scene, and embracing everything from Indian cuisine to veganism. 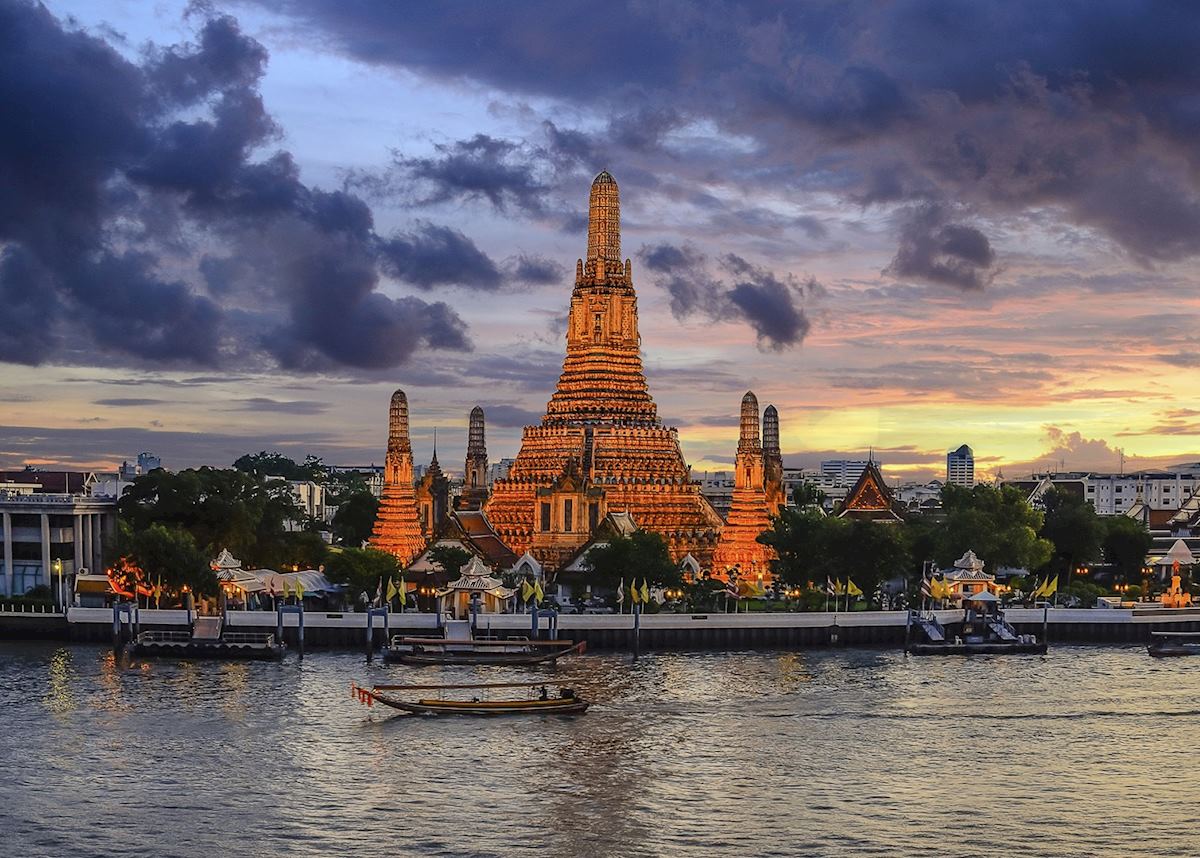 On my first visit to Bangkok I didn’t like it at all. I arrived by bus into a dark, humid city at 5am without a clue where I was going. This was before mobile phones and I used a basic map to navigate to the touristy Khao San Road. Having now been back time and time again, I’ve gotten to know this city of juxtapositions. It’s hot, sticky, super-busy and super-fast, but you can walk around the corner to the pure calm (and air conditioning) of a temple.

Unless you know where you’re going, it’s easy to just whiz straight to the Grand Palace and the gleaming Wat Arun. Do this and you’ll miss the up-and-coming, creative side to the city that slips right past most people. I was back in May and explored Charoenkrung, a district to the south of that city that’s developed into such an artistic hub it’s been called the Berlin of Asia.

You can stroll into pop-up art galleries, design institutes and sculptors’ studios. A wealth of young artists, photographers and craftspeople live here in trendy loft houses and apartments, creating contemporary work that’s very different to the scenes of Bangkok painted for tourists in the souvenir markets.

All this creative energy has fed into the food scene, with an innovative range of restaurants and cafes popping up to meet demand. I tried 80/20, an open-plan restaurant furnished with lots of refurbished wrought iron and reclaimed wood. The menu promises that 80 percent of the ingredients are sustainably or locally sourced, and may include locally caught river prawns, catfish or crickets. 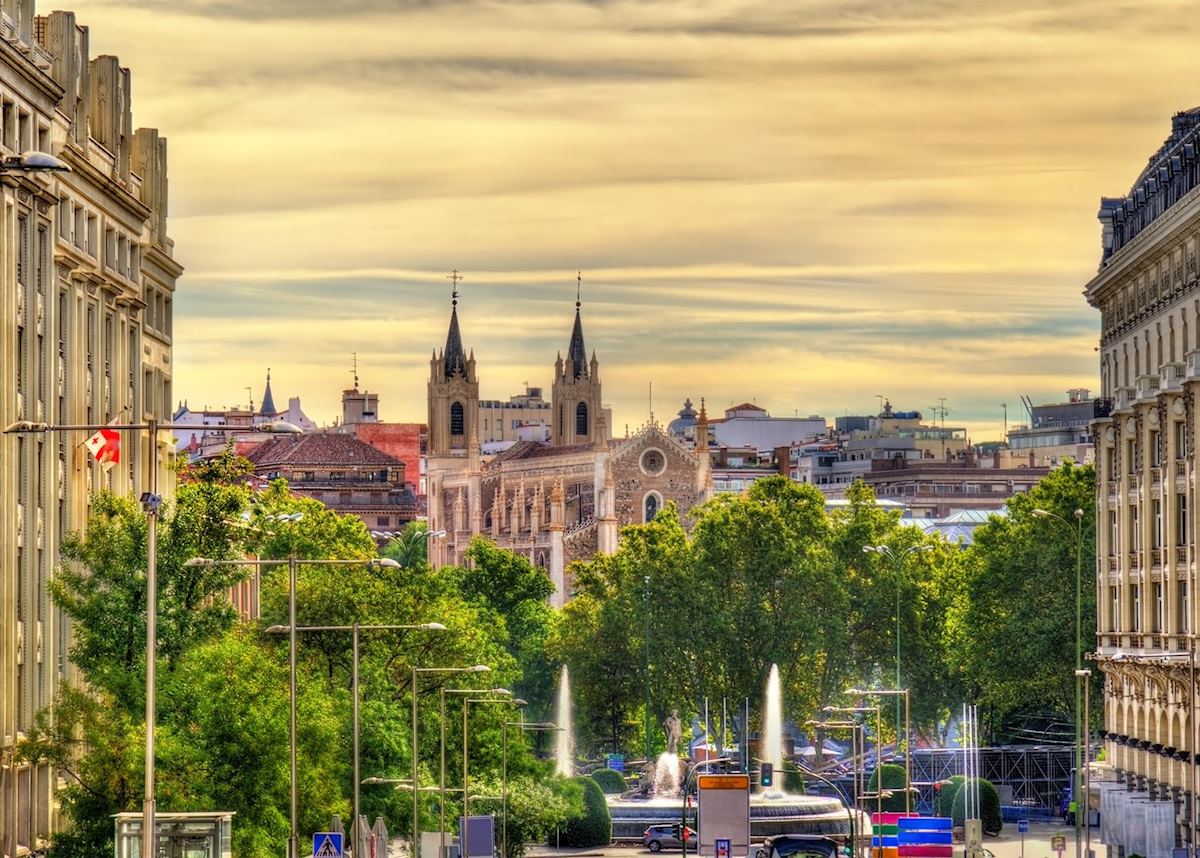 I return to Madrid for its warmth. It seems like everything about the city is warm — the golden sun streaming from a high blue sky, the smiles of the people who congregate in the plazas each evening, the garlicky kick in the tapas, even the buildings themselves are painted in rich, earthy hues.

The first time I visited Madrid was as a university student, stumbling out of a plane early in the morning to the blazing heat of a Spanish summer. My host mother was Ampa, a tiny woman who immediately made me feel at home.

That evening, my professor took all of the students out to have tapas and I got my first glimpse of the ebullient street life that defines Madrid. Young singles, married couples and older people all spill into the plazas to share drinks and small plates, to gossip and socialize and spend time together. Like Ampa, they welcomed me and my fellow students without hesitation.

Over the years, Madrid has become increasingly cosmopolitan, but the individual character of the barrios remains strong and the evening social life is still a vital part of the city’s personality. That’s why I always suggest that visitors go out for tapas on their first night in the city, whether it’s their first or fifth time. A guide can not only lead you to the best tapas bars and help you navigate the menus, but they can also help you immerse yourself in the warmth of Madrileños society.