Rich equatorial rainforest, wild orangutan and the Kinabatangan River... On a tailor-made holiday to Borneo with Audley, you’ll see the highlights — and much more — your way. We’ll design your ideal trip with you, paying close attention to your interests, your travel style and your budget. Our Borneo specialists know the country inside out and can lead you to experiences you won’t find in a guidebook.

Savour sunrise atop Mount Kinabalu, the island’s highest peak. Be a guest of the Iban tribe with a night in a traditional longhouse. Trek beneath some of the world’s tallest trees, while a symphony of insects click and hum in the background. Leave a positive impact on the island by seeking out its rare leopards and proboscis monkeys responsibly. Snorkel around offshore islands and relax on a stretch of powder-soft sand.

The great bat exodus at Gunung Mulu National Park, freshly cooked street food, a rhinoceros hornbill in flight… What excites you? Travel at your own pace, in your own style, with the confidence that we’ll show you the best options for your holiday to Borneo.

These tours give you a starting point for what your holiday to Borneo could entail. Treat them as inspiration, as each trip is created uniquely for you.

Whatever your interests, our specialists will build activities into your trip that connect to how you want to experience Borneo.

See more things to do in Borneo

Our specialists advise on the best months to visit Borneo, including information about climate, events and festivals. 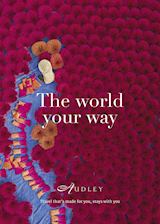 Useful information for planning your holiday in Borneo

about getting there & getting around experiences & stays entry requirements & health
What food and drink should I try in Borneo?

With a strong mix of Malay, Chinese, and Indian influences, Borneo’s culinary dishes are best appreciated in the street-food markets of Kuching and Kota Kinabalu. Dishes range from tandoori-spiced kebabs to Chinese-inspired prawn fritters. A particular speciality is laksa, a fragrant coconut milk noodle soup.

A guided street food tour is a good way to try some of the best Borneo cuisine, or for a more in-depth look, we could arrange a cooking lesson with a local family.

What language is spoken in Borneo?

Bahasa Malaysia, often simply referred to as Malay, is the official language of Malaysia, but English is widely spoken. Other languages you’re likely to hear are Chinese (Mandarin), Hindi, Iban, and other indigenous dialects.

What's the currency of Borneo?

The currency in Malaysian Borneo is the Malaysian ringgit (RM).

How long does it take to fly to Borneo from the UK?

You can’t fly direct to Borneo from the UK, but there are regular connections to Kuching via Singapore, which takes around 15 hours.

What's the time zone in Borneo?

The time zone in Borneo is GMT +8.

What's the best way of getting around in Borneo?

The best way to travel around Borneo depends where you are. To cross the vast swathes of jungle and farmland, domestic flights are ideal, especially if you’re visiting Danum Valley or Deramakot Forest Reserve. If you’re exploring the Kinabatangan River, boats are your only option. Around the towns and cities, we can arrange for a private car, although most places are small enough to explore on foot.

What can I experience in Borneo?

One of Borneo’s key experiences is wildlife spotting. You can travel by boat along the Kinabatangan River looking for proboscis monkeys and rare pygmy elephants. Or, you can head deep into one of its many national parks to search for wild orangutans. It’s also an island suited to active adventures, from jungle hikes to a two-day climb up Mount Kinabalu, a 4,095 m (13,435 ft) peak that juts up from the north of the island.

While the natural world is often the focus, there are plenty of opportunities to experience Borneo’s cultural side, too. You could stay in a longhouse as a guest of the Iban people, take a street-food tour of Kuching, or stay in a family home in Bako National Park. You can read about these experiences in more detail in our highlights guide to Borneo.

Where should I go in Borneo?

If you only choose one place to visit in Borneo, it’s hard to beat the Kinabatangan River, a forested sanctuary of oxbow lakes, rainforest, and mangroves. A cruise here will showcase the best of the island’s wildlife. This pairs well with a stay at Sandakan, a town which hosts three sanctuaries that showcase Borneo’s rich ecosystems: Sepilok Orangutan Rehabilitation Centre, the Bornean Sun Bear Conservation Centre, and the Rainforest Discovery Centre.

To dive deeper into the rainforest, Mulu National Park hosts some of the world’s largest bat populations in its cathedral-like caverns. Danum Valley offers an exclusive jungle experience in comfort, while Deramakot Forest Reserve is a remote scientific research station well off the tourist trail. Our specialists can help you choose the places to go in Borneo that suit you best, but as a starter, you can read more about these destinations here.

What are the best ways to see orangutans in Borneo?

The easiest way to see orangutans in Borneo is to visit Sepilok Orangutan Rehabilitation Centre, where you’ll encounter rescued youngsters and adults at close quarters as they come to feed at large wooden platforms set into the forest. As part of your visit, there’s an exhibition and video that explains the orangutans’ lifestyle, and the best part — a viewing room in the nursery where you can see babies fling themselves enthusiastically around a rope playground.

However, there’s something very special about seeing an orangutan in the wild, and arguably the best way to see orangutans in Borneo is in one of the national parks, including Danum Valley, Tabin Wildlife Reserve, and Deramakot Forest Reserve.

We’ve created a sample itinerary focused around some of Borneo’s best orangutan-spotting experiences, while Borneo specialist Sophie writes in more detail about the best ways to spot orangutans in our orangutan guide.

Other than orangutans, what wildlife can I see in Borneo?

Borneo is home to a long list of other wildlife including sun bears, multiple species of crocodile, and enough bird species to fill entire guidebooks. Some animals, including proboscis monkeys, with their bulbous noses, hornbills, and flying squirrels are relatively easy to spot.

Others, including clouded leopards, Sumatran rhinos, and Borneo bay cats, are much harder to spot, and you’ll need the help of an experienced wildlife guide to stand the best chance of a sighting. The World Land Trust estimates that there are between 1,000 and 1,600 Bornean pygmy elephants left, which you’re most likely to see by the banks of the Kinabatangan River.

The waters that surround the island are also rich in life, including green and hawksbill turtles, soft corals, and rare Borneo sharks, a shy species that rarely grow longer than 70 cm (2 ft).

Where can I expect to stay in Borneo?

While you’re exploring the wilds of Borneo, you’ll usually stay in lodges set among the trees or stilted over the river. They have their own experienced wildlife guides who’ll help you explore the surrounding area. For a more immersive cultural experience you can stay in an Iban longhouse as a guest of the local community, or in a homestay in a Malay fishing village.

To relax, there are a number of beach resorts near the town of Kota Kinabalu, or you could stay on Gaya Island, a jungle-covered island off the island’s north coast, which is home to a small selection of secluded beach escapes. Our specialists have hand-picked some of the best places to stay in Borneo on our accommodation page.

Do I need a visa to visit Borneo?

UK passport holders don’t need a visa to enter Borneo if you’re staying less than 90 days. Your passport must be valid for at least six months after the date of your departure from Borneo and have at least one blank page. If you’re not a UK passport holder, you can check the visa requirements here.

Do I need vaccinations to visit Borneo?

Your doctor can provide you with vaccine advice for Borneo, but we recommend you’re up to date with the recommended vaccinations for your home country. You can also check the suggested vaccinations on the Travel Health Pro website.

Our expert guides to travelling in Borneo

Written by our specialists from the viewpoint of their own travels, these guides will help you decide on the shape of your own trip to Borneo. Aiming to inspire and inform, we share our recommendations for how to appreciate Borneo at its best.

Discover more about Borneo on our blog

Still looking for ideas? If Borneo has captured your interest, we think you might also like these destinations.

Speak to a specialist to start planning your tailor-made holiday to Borneo...

Speak to a specialist to start planning your tailor-made holiday to Borneo...