Under the national park’s blanket of jungle can be found the world’s largest limestone cave system, dominated by the towering Gunung Mulu.

The area is so isolated that it is accessible only by light aircraft and, once in the park, exploration is on foot or by boat.

A highlight is to follow the labyrinthine passages of Clearwater Cave, perhaps swimming in its pellucid waters, or to visit Lang Cave or Deer Cave at dusk to witness the bats emerging in their shadowy hordes. 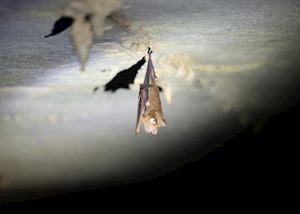 The park has been estimated to be at least five million years old and, with its soaring peaks and dense forest, it seems to defy time. The forest itself may seem peaceful, but the silence is often broken by the sounds of the gibbons, cicada, hornbills, bats and frogs, while in the steamy heat you can almost hear the creaking, as 8,000 species of plants and trees edge their way to a distant sky.

Our itineraries will give you suggestions for what is possible when you travel in Mulu National Park, and they showcase routes we know work particularly well. Treat them as inspiration, because your trip will be created uniquely by one of our specialists.

Written by our specialists from their own experiences of visiting Mulu National Park, these guides will help you make the most of your time there. We share both our practical recommendations and the best ways to appreciate Mulu National Park at its best.

We’ve selected a range of accommodation options for when you visit Mulu National Park. Our choices usually come recommended for their character, facilities and service or location. Our specialists always aim to suggest properties that match your preferences.