Laid out in a succession of terraces, each with its own identity and esthetic, the six landscaped gardens are among the finest in France. Pruned hedges, geometric beds, trailing vines and a riot of bright planting lead visitors down pebbled paths and through an artistic masterpiece that was recreated in 1908 to reflect the chateau's original planting scheme. 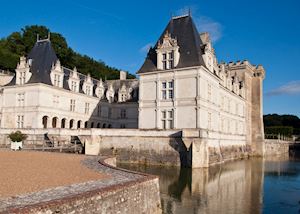 This sample itinerary will give you an idea of what is possible when you travel in Château de Villandry, and showcases routes we know work particularly well. Treat this as inspiration, because your trip will be created uniquely by one of our specialists.