At one time the "Big Five" were at the top of hunters lists as they were considered the most difficult of Africa's big game to shoot while on foot. These were: lion, leopard, rhino, elephant and cape buffalo. Fortunately it's tourists who do most of the shooting today but only with their cameras.

While rampant big-game hunting has been largely consigned to history, unfortunately poaching has taken its place and it's the rhino in particular which has suffered as a result.

Finally, Kenya's most famous reserve, the Masai Mara, is also home to the Big Five but due to its sheer size the animals are more spread out and the chances of seeing them all are more limited. 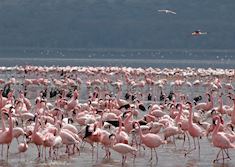 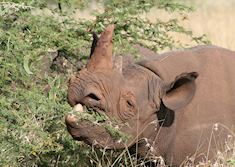 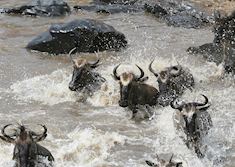