The charming colonial town of San Cristóbal de las Casas, formerly known as the 'Ciudad Real', or the 'Royal City', was formed in 1528 by Spanish Conquistadors, led by Diego de Mazariegos after a four-year battle to pacify a hostile indigenous population.

The Spanish ran a regime of exploitation of the native peoples until in 1545 the Dominican Friar Bartolome de las Casas arrived in the town and in his position as bishop, began to fight for their rights. His name has been lent to the town in honor of his work although the indigenous problem did not disappear as became apparent in 1994 when several thousand lightly armed peasants occupied San Cristóbal demanding an overhaul of Mexico's antiquated political system and improved rights and conditions for the indigenous people of Chiapas.

Today's San Cristóbal reflects both the colonial history of the area and its indigenous heritage. Outside the low, colorful stone buildings, cobbled streets and colorful churches of the colonial era stand women in traditional dress selling artisan goods and locally made food.

Downtown San Cristóbal is easily explored on foot and a pleasant afternoon can be spent wandering the streets, visiting some of its many museums, peering into courtyards or buying gifts and souvenirs. Chiapas is well known for its amber jewelry and there are some particularly good shops along 2 de Noviembre, the main pedestrianized street joining the Zocalo with the Church of Santo Domingo.

Outside the town, remarkable villages can be visited where colonial churches are vividly part of a pre-Hispanic age, with Christian icons all but buried among chanting shamans, idols and hundreds of flickering candles. 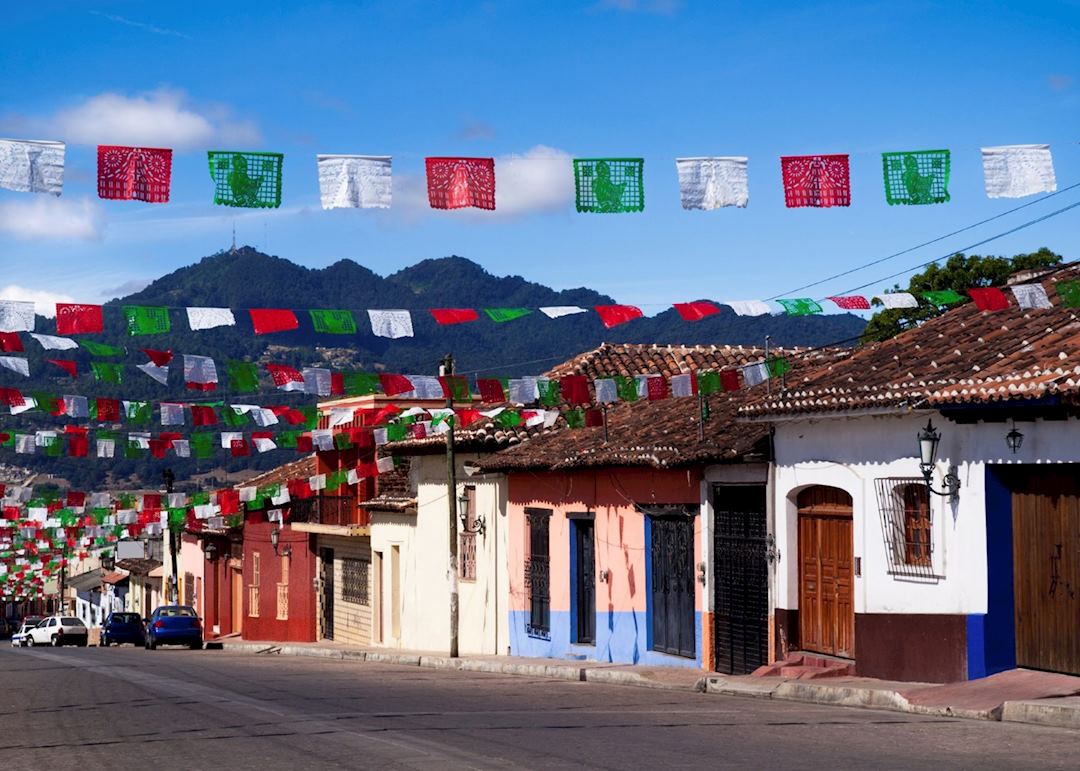 We’ve selected a range of accommodation options for when you visit San Cristóbal de las Casas. Our choices usually come recommended for their character, facilities and service or location. Our specialists always aim to suggest properties that match your preferences.

Our specialists seek out authentic ways to get to know the places that could feature in your trip. These activities reflect some of the experiences they've most enjoyed while visiting San Cristóbal de las Casas, and which use the best local guides.