The name Isla Mujeres comes from the large number of clay female idols found on the island by the Spaniards in the 16th century and today it boasts the only known Maya shrine to a female deity, the goddess of the moon and fertility.

The island is only 8 km long and with its low rise houses, white sandy beaches and turquoise sea, it has a distinct Caribbean feel that is peaceful, laid-back and less developed than the mainland. Whilst it is popular among day trippers, it has so far avoided the dramatic high-rise chain hotels experienced by neighboring Cancun and other towns and islands along this stretch of the Mexican coast and hotels here tend to be boutique, charming converted villas.

The island is easy to explore, by taxi, bicycle, golf cart, moped or on the public bus that runs to its southern tip. The swimming and snorkeling here is good as the sea is generally calm. Playa de Cocos is one of the most popular beaches on the island, at its northern tip, and Playa Norte is a lovely spot to enjoy the sunset. If you're a bird fan and you're staying on the island you might like to look into a day trip to the island bird sanctuary of Contoy where you can enjoy colonies of pelicans and cormorants. 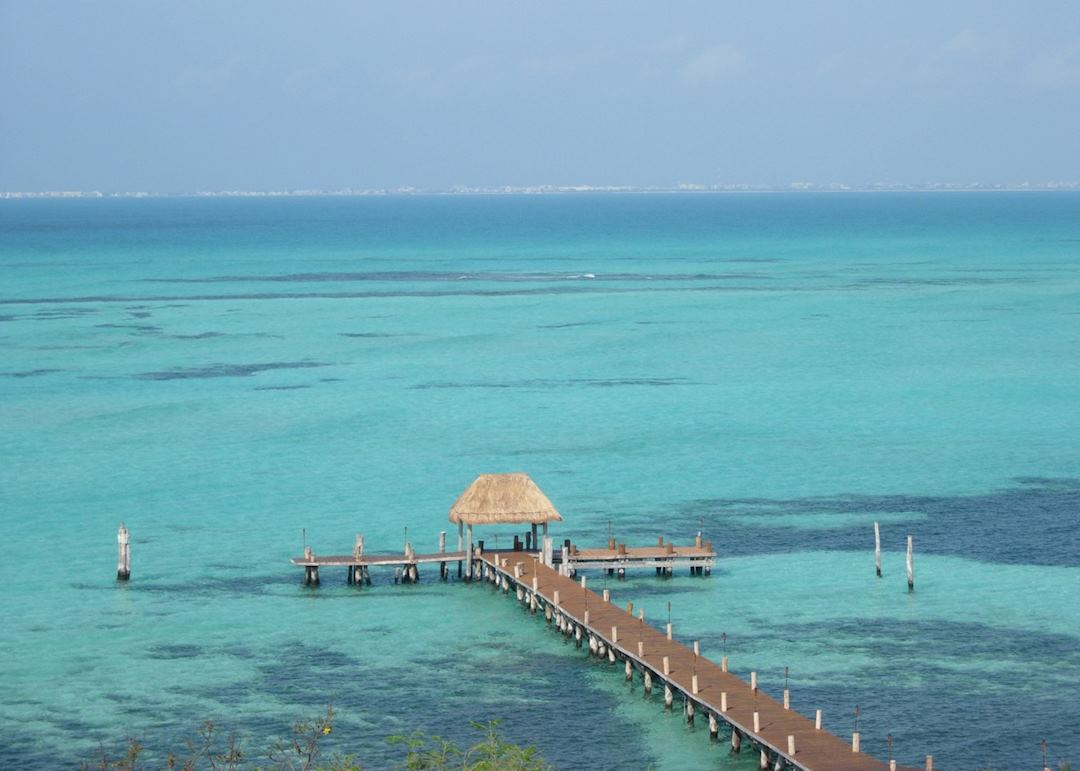 We’ve selected a range of accommodation options for when you visit Isla Mujeres. Our choices usually come recommended for their character, facilities and service or location. Our specialists always aim to suggest properties that match your preferences.