Kairouan was founded in the year 670 AD. The romantic story has it that the general of the invading Arab forces — Oqba ibn Nafi — found a golden cup in the sands here, a golden cup that he had lost in the holy well of Zamzam in Mecca a few years earlier.

When picking the cup up, water sprang from the ground, which helped to foster Kairouan’s close affinity with Islam.

Kairouan is broadly considered the holiest city of Tunisia, being the oldest Islamic settlement, having the oldest mosque in North Africa and the world’s oldest minaret.

The Great Mosque dates back to 670, and although it has been destroyed a couple of times, then rebuilt, today’s structure closely resembles the original mosque.

The oldest parts of the Mosque are without doubt the 414 Roman columns decorating the prayer hall, pillaged from the El Jem region and from as far afield as Carthage. The Great Mosque is of great architectural beauty and an essential component of any visit to Kairouan. 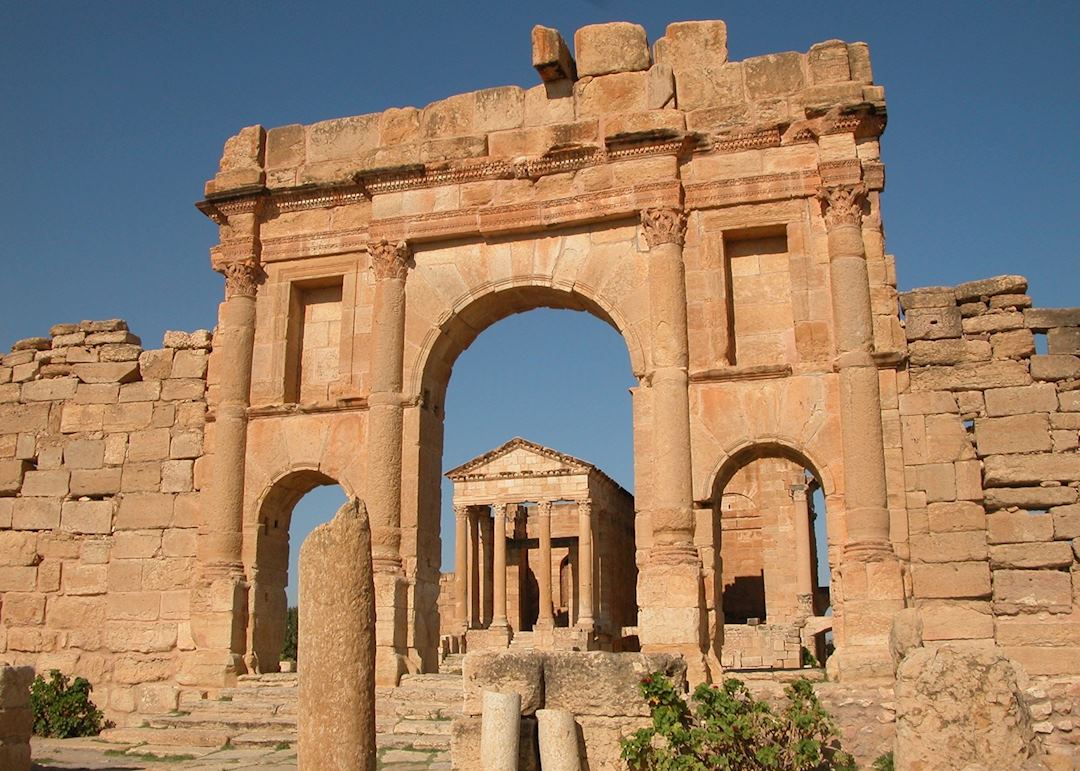 Start planning your trip to Kairouan

We’ve selected a range of accommodation options for when you visit Kairouan. Our choices usually come recommended for their character, facilities and service or location. Our specialists always aim to suggest properties that match your preferences.