The south of the country is eventually dominated by the Sahara desert, but there exist fertile settlements on the southwest Saharan fringes rich in natural springs.

Tamerza is one of the largest settlements in the southwest, and is famed for its old town. Eerily calm, the place is an abandoned remnant from the floods of 1969, when 22 days of continual rain rendered the house uninhabitable.

The town is also well known for its two waterfalls, one of which is about five meters in height. Chebika is perhaps the most striking of the oasis towns, also abandoned in the wake of 1969.

Nearby Mides has a spectacular canyon three kilometers long that serves as another example of Tunisia's natural beauty. 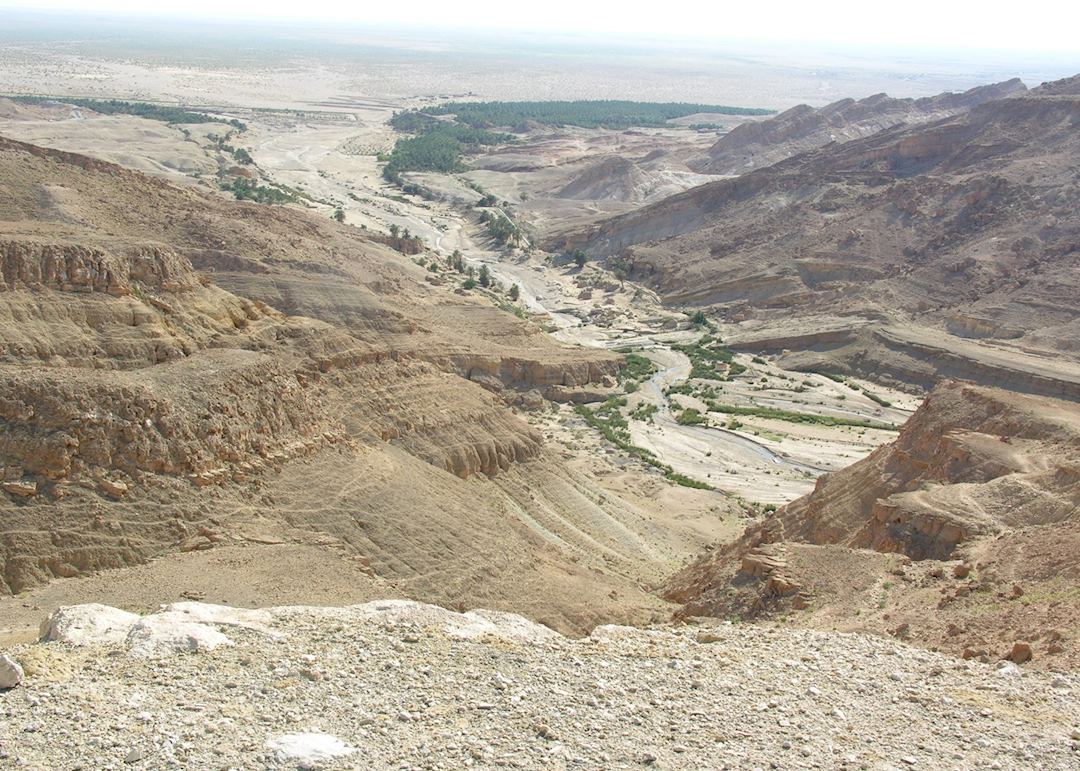 Start planning your trip to Tamerza

We’ve selected a range of accommodation options for when you visit Tamerza. Our choices usually come recommended for their character, facilities and service or location. Our specialists always aim to suggest properties that match your preferences.