Cannon beach was discovered in the early 1800s by William Clarke, as part of the Lewis and Clarke expedition to the West Coast, and settled shortly after.

The beach quickly because famous for its iconic Haystack Rocks which marked it out as one of the most unusual beaches on the West Coast. In 1846, a cannon from the US Navy schooner Shark washed ashore just north of Arch Cape, a few miles to the south of the community. The schooner hit land while attempting to cross the Columbia Bar, also known as the "Graveyard of the Pacific." The cannon, rediscovered in 1898, eventually inspired a name change for the growing community.

The town is now named as one of the top 100 art towns in Northern America, and is home to a plethora of pretty Victorian cottages turned art galleries, museums and an ideal hiking destination. 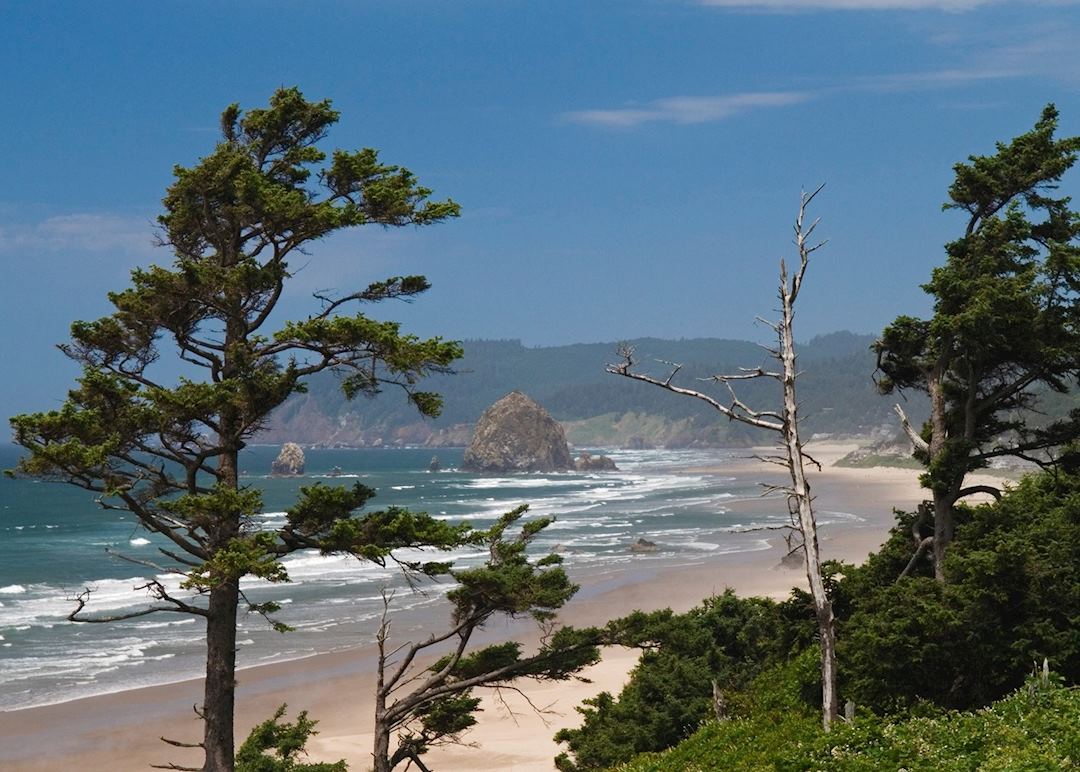 We’ve selected a range of accommodation options for when you visit Cannon Beach. Our choices usually come recommended for their character, facilities and service or location. Our specialists always aim to suggest properties that match your preferences.