Evolution has thrown up some odd but also some impressive looking plants and trees over time. Here's a small selection which you might consider making a detour to see during your Audley trip. 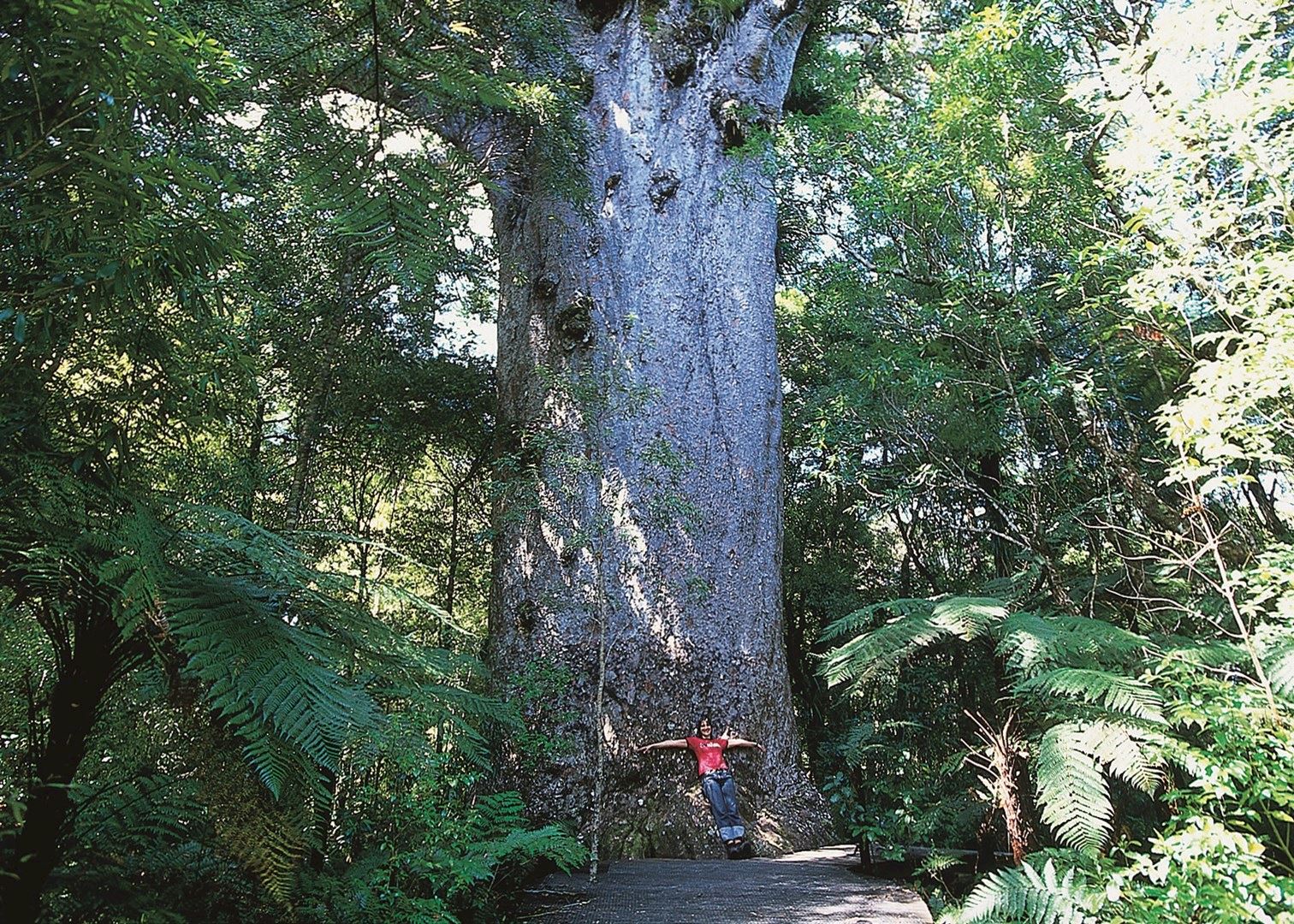 New Zealand's Kauri coast is home to the last and largest remaining kauri trees in the world. Step back in time, quite literally, as some are over 1,200 years in age and admire the sheer size and majesty of these trees. Their thick, straight trunks were ideal for sailing ship masts, which resulted in most of the great Kauri forests being logged-out. The Waipoua Forest in the North Island is now the best place to see those that remain.

Read more about the Waipoua Forest 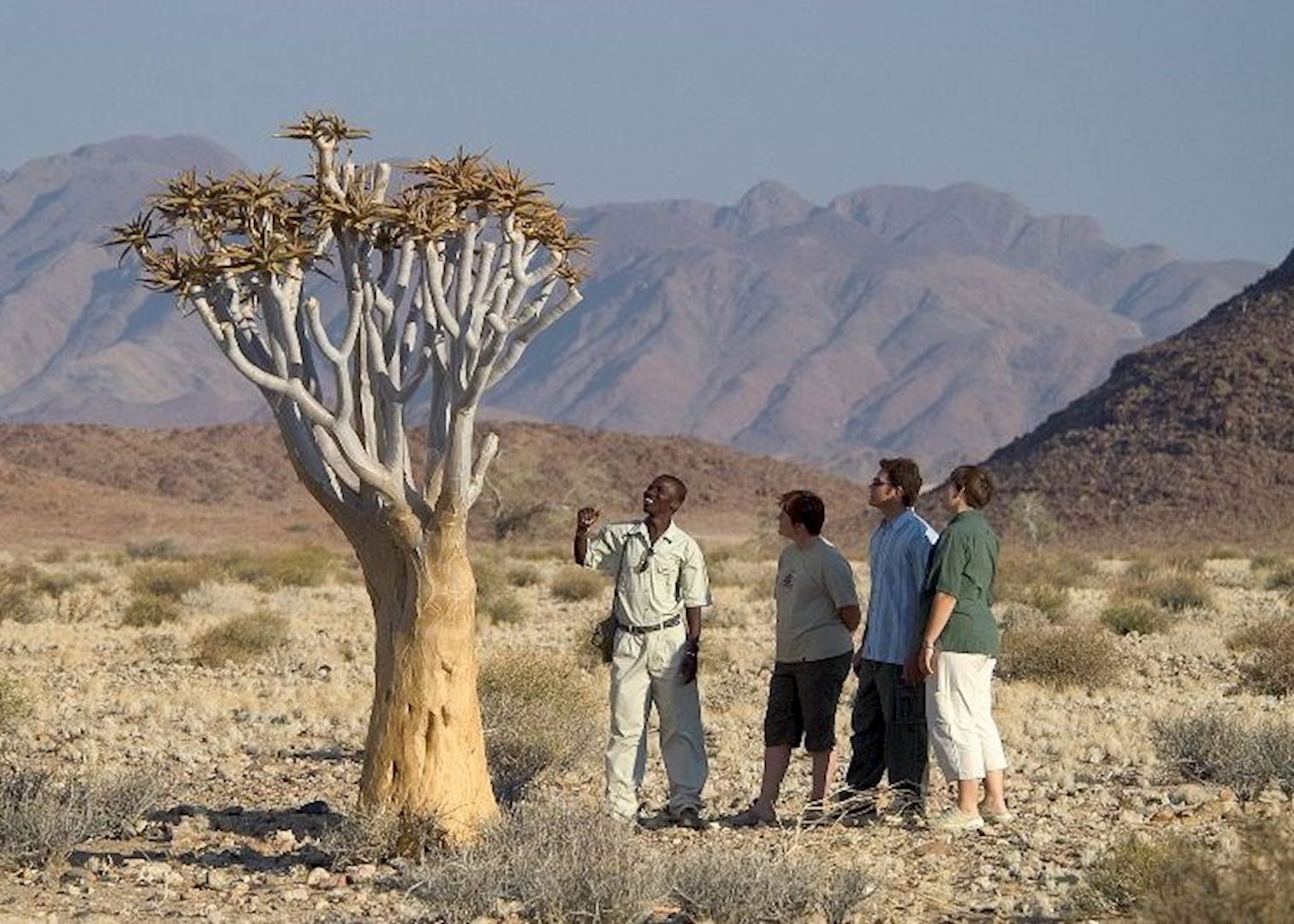 The name 'quiver tree' comes from the San People's (or Bushmen) use of the hollowed-out branches (the wood is soft) which makes an excellent quiver for their arrows. The trunk can also be hollowed out and used to store water, meat and vegetables. It flourishes in desert and semi-desert areas and is found most easily in parts of South Africa and Namibia. 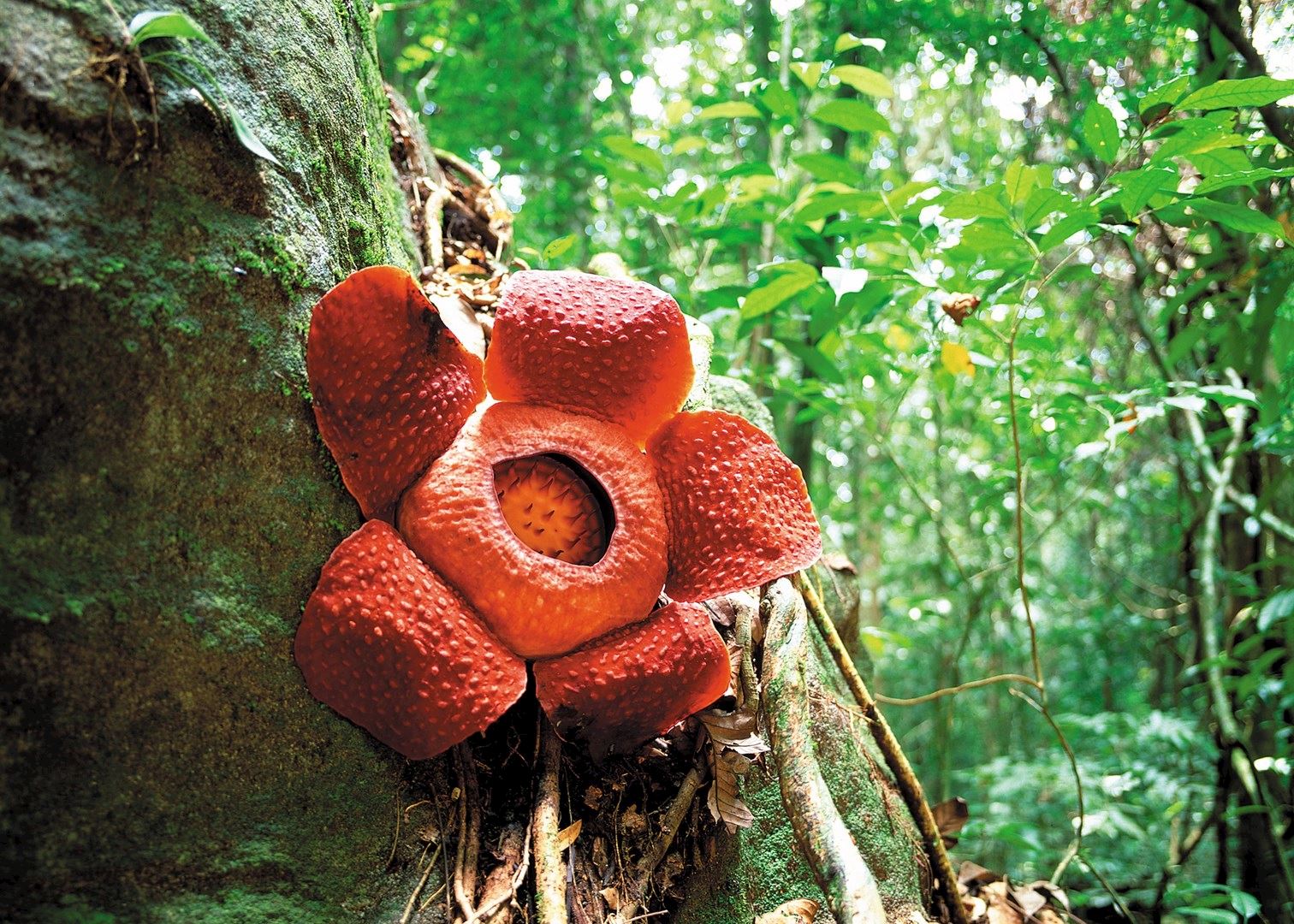 The Rafflesia is the world's largest flower. It can exceed three feet in diameter and weigh over 20 pounds. The uniqueness of Rafflesia lies not just in its size and appearance. It's peculiar parasitic lifestyle means that it is totally dependent on a host (for example, a vine) for survival. Incidentally, it gets its name from Sir Stamford Raffles, the founder of the British colony in Singapore.

Read more about the 'Rafflesia Tour' in Malaysia 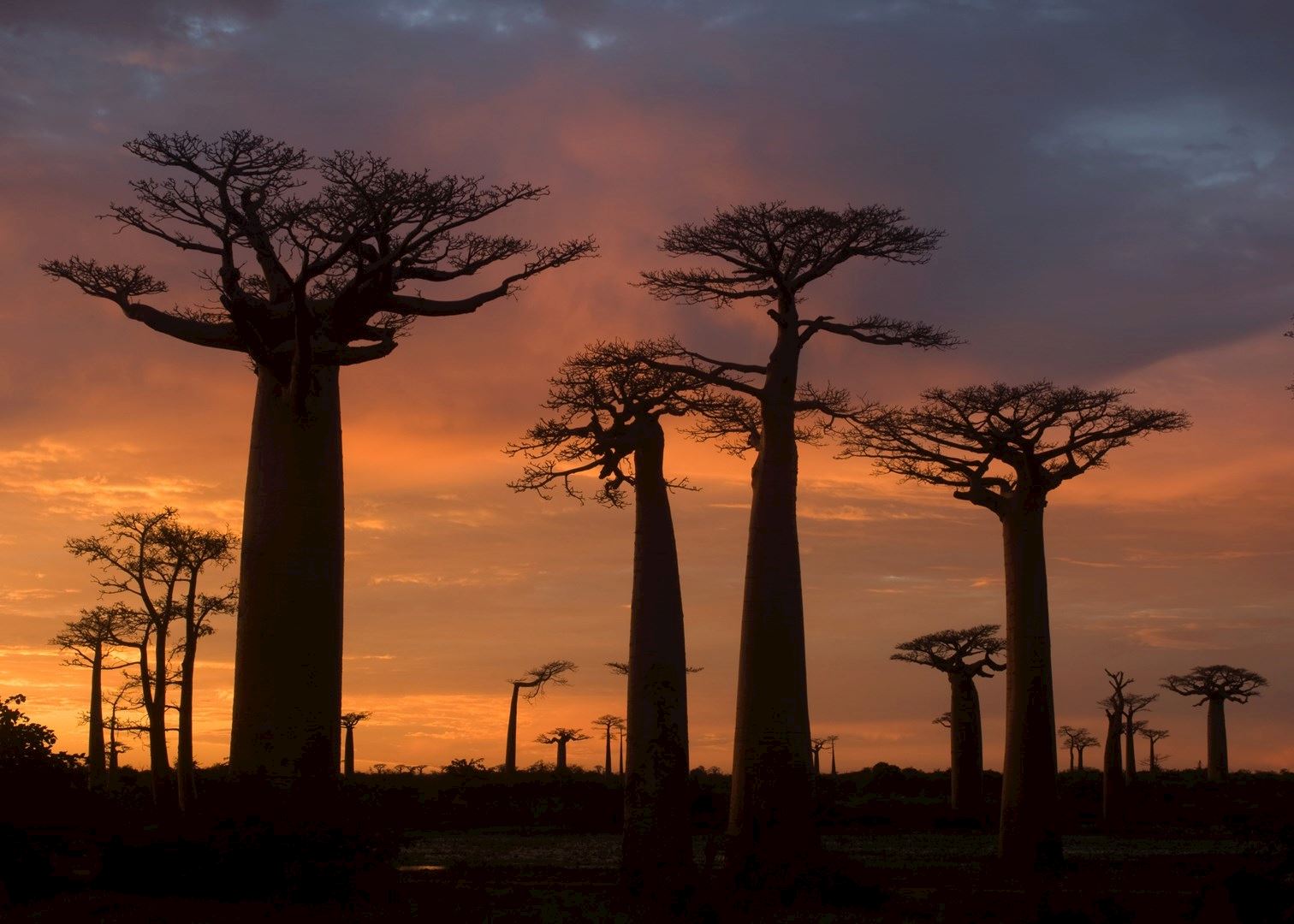 Because the baobab tree is capable of providing food, water, shelter and medicine, it has been given the title of 'the tree of life'. These trees have been used as houses, storage barns and even prisons. Its huge trunk doesn’t have any growth rings and its age can only be measured through radio carbon dating. Apparently, baobabs can be over 2,000 years old. They are native to native to Madagascar, mainland Africa and Australia.

Read more about the remote West of Madagascar 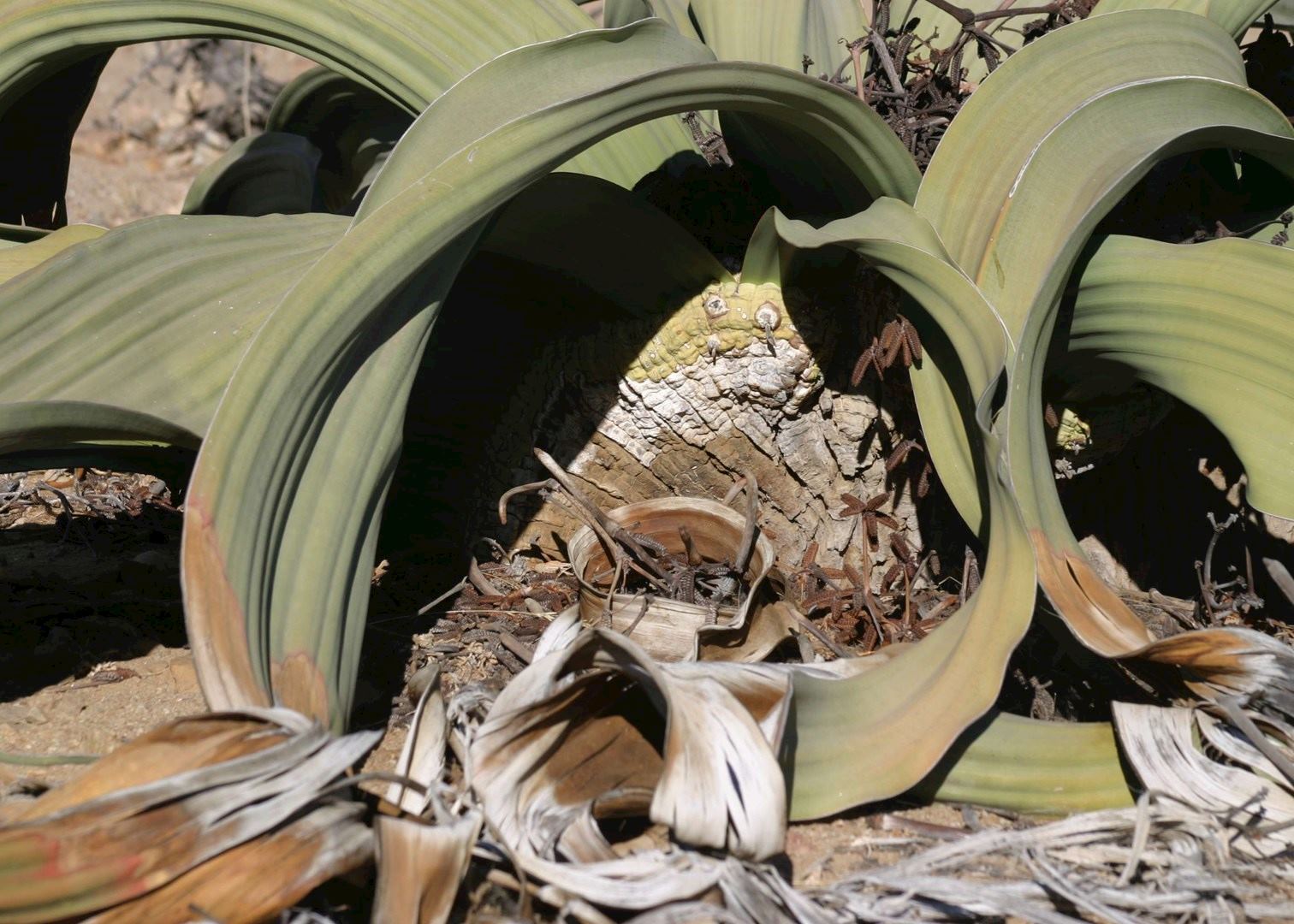 Welwitschia mirabilis consists of only two leaves and a stem with roots. Its two leaves continuously grow to a length of 2–4 metres and usually become split into several strap-shaped sections. Eventually, this plant can grow to be almost six feet high and twenty-four feet wide. It is a very long-living plant, living between 400 and 1,500 years. Mirabilis grows mainly in Namibia, and is thought to be a relic of the Jurassic period. 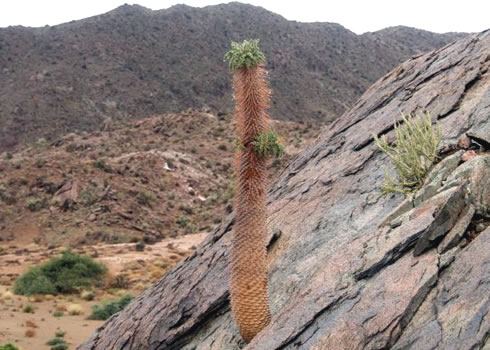 Pachypodium namaquanum, more commonly known as elephant’s trunk, clubfoot, halfman or halfmens is a succulent plant that can sometimes look like a tree when fully grown. The name halfmens (this is how they spell it) is an Afrikaan word meaning semi-human which came from the fact that from a distance the plants look like people walking up a slope. Halfmens are found in dry rocky deserts at altitudes from 300-900 metres above sea level. 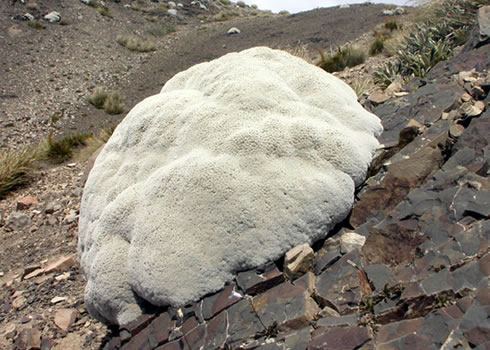 A native of New Zealand's rocky mountains the vegetable sheep plant has small white flowers and hairy leaves which, from a distance, gives it a sheep-like appearance. The introduction of rabbits by Europeans severely depleted the plant in some areas, although with New Zealand's wild rabbit population under control, it has since recovered. In all there are about 20 species in New Zealand, all of them endemic. 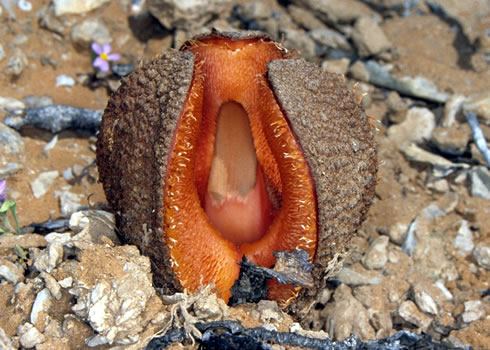 Hydnora Africana is an unusual flesh colored parasitic flower, meaning that it attached itself to the roots of other deserts plants in South Africa. The putrid-smelling blossom attracts herds of carrion beetles.