Eleanor and Michael Wasley traveled with Audley to Tunisia, to take in its Roman sites and other highlights. 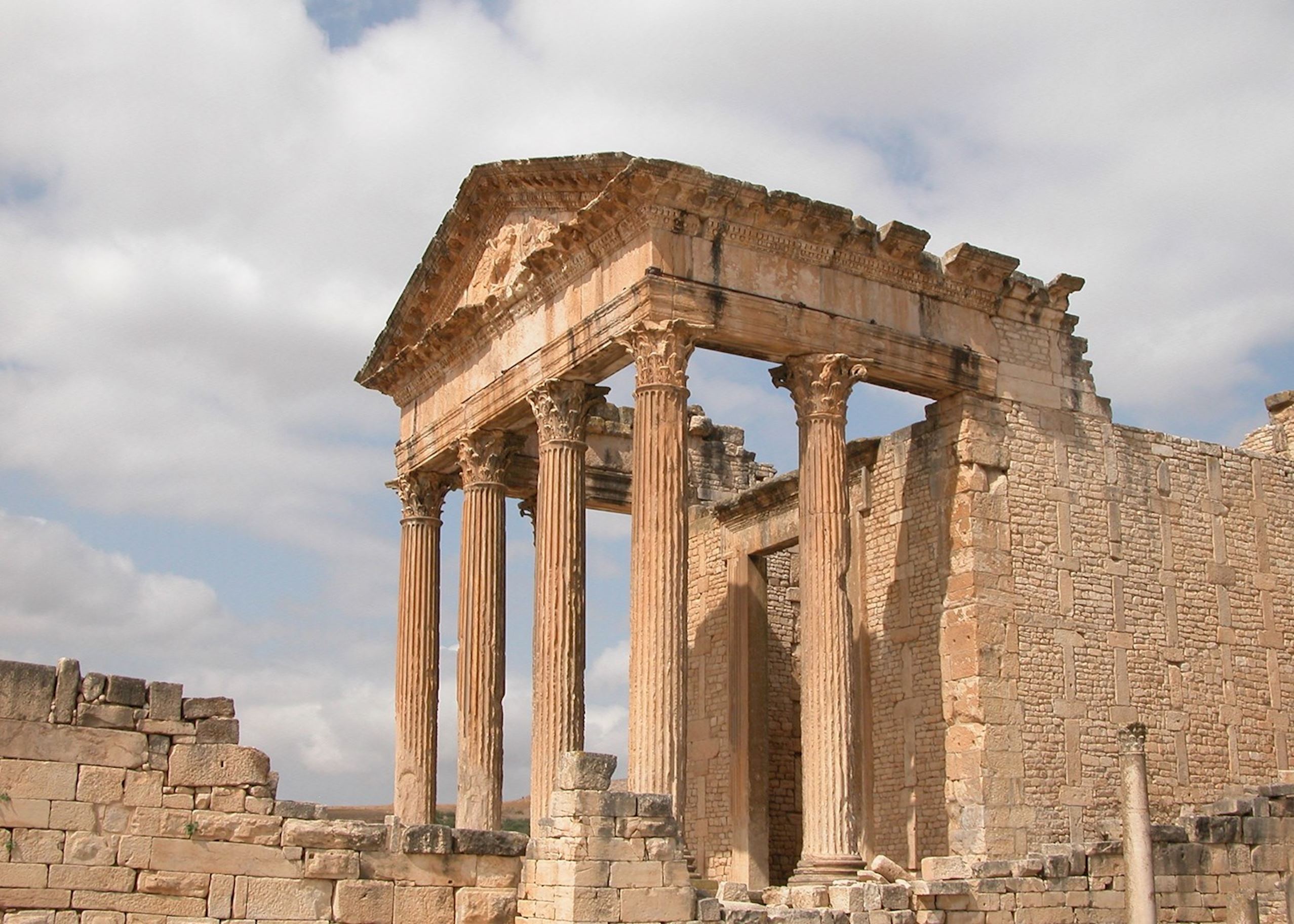 We visited Meninx, the Roman site on Djerba. It was a beautiful day and the sea was glinting in the sunshine. There were a few small fishing boats moored on the beach and someone wading in the sea catching fish in a hand-held net. We walked across a rough area with piles of rubble and low growing vegetation, with a lot of bright yellow trefoil providing a splash of color. At first there was little to see and only the fragments of red pottery lying everywhere indicated people had once lived here. We found the remains of handles and rims. As we walked toward the sea we discovered the remains of the forum with column bases, remains of pillars and bits of carved marble lying around. We kept stumbling across bits of walls from unidentified buildings, some still with plaster, and began to feel the thrill of the early archaeologists when they first visited a site. 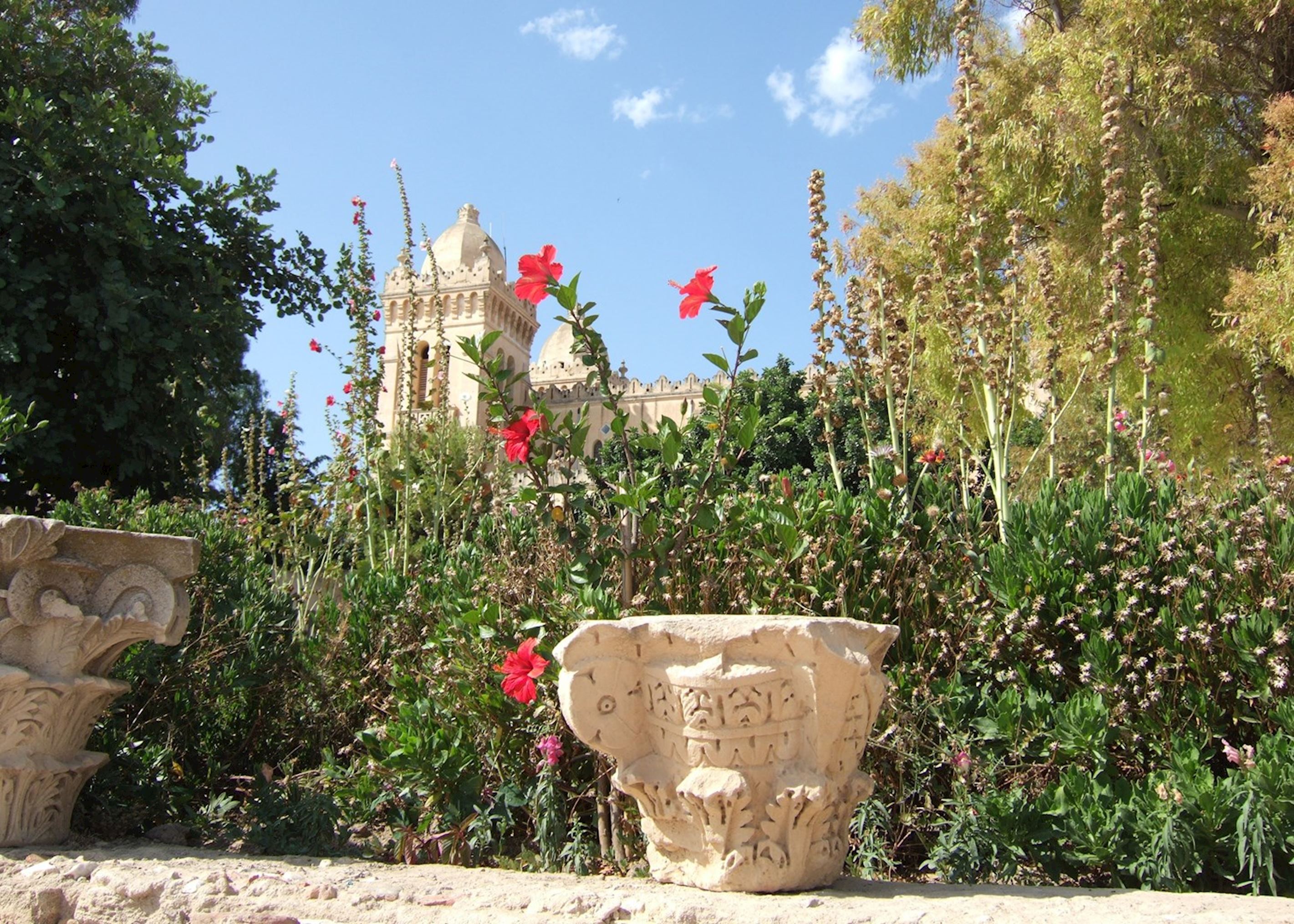 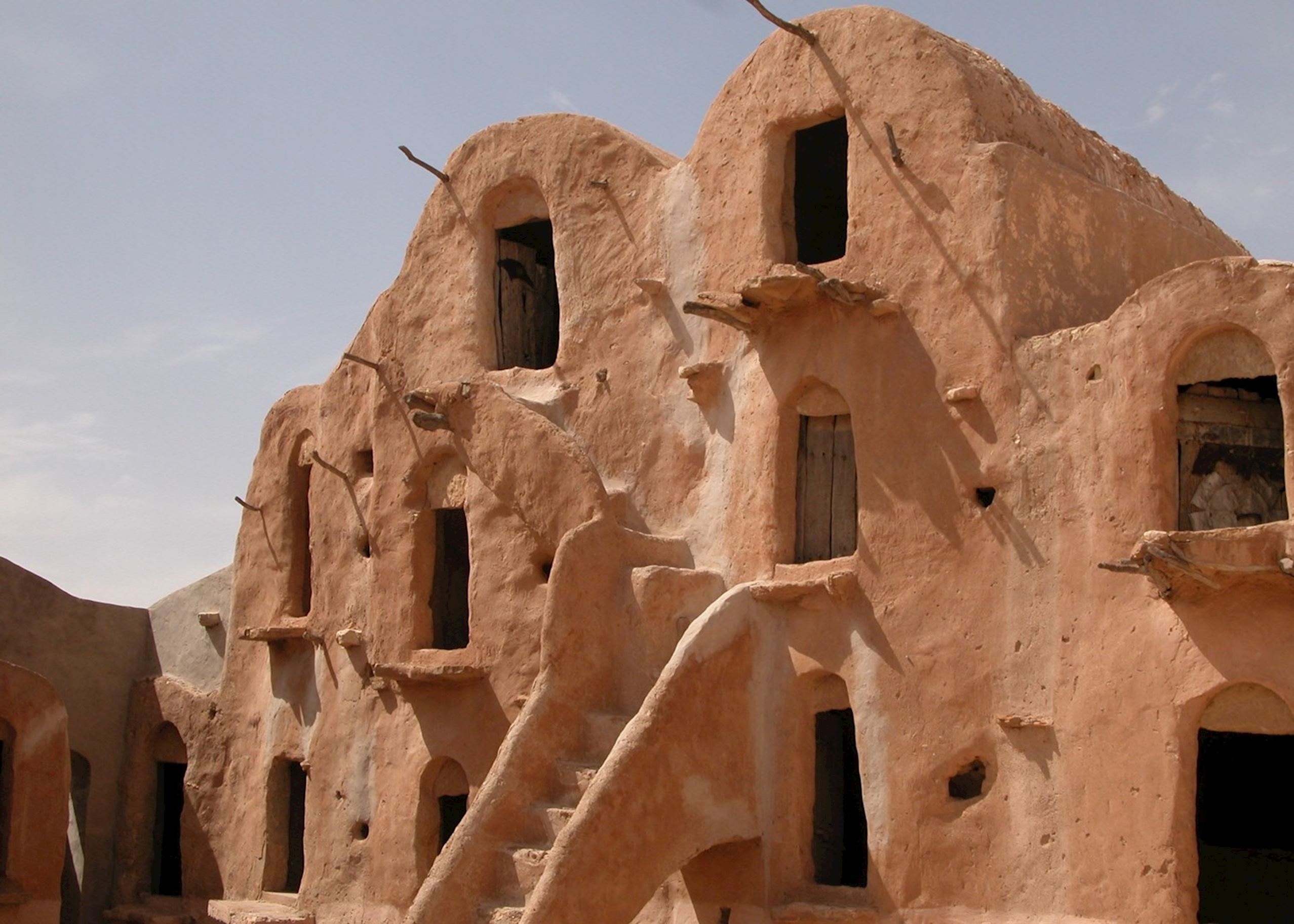