7 Haunting Experiences Around the World

Thrills can be found anywhere around the world, whether you're wandering through ancient pharaoh tombs in Egypt or looking for ghosts in the windows of a haunted South African hotel. Stray off the beaten path and discover centuries-old mysteries and abandoned towns frozen in time with these eerie experiences, from Japan to Peru.

Tour the catacombs in Peru

Hidden beneath the streets of historic central Lima, Peru, a series of narrow chambers and circular pits form what are known as the catacombs of San Francisco. The catacombs once served as Lima’s burial grounds before the city’s first cemetery was opened in 1808. Here, the rich and poor were buried side-by-side, totaling in about 25,000 bodies in the catacombs. The eternal scents of limestone and dirt greet visitors who descend beneath the ornate church to traverse these dim and hallways.

As you wander through the catacombs you'll spot distinguishable skulls, fibula, humerus and femur bones, all telling the universal story of the city’s past inhabitants. After the macabre journey along these subterranean paths, stop by the church’s library, which contains an incredible collection of antique texts and shines a brighter light on the rich history of the Monastery of San Francisco.

Visit the "Gateway to Hell" in Japan

Mount Osare, located in the northern prefecture of Aomori, Japan, is known in Japanese mythology as the entrance to Hell. With the rich smell of sulfur in the air and the gray, ashy grounds, it’s easy to understand why the mountain’s name translates to mean “Mount Fear.” According to mythology, the small brook running into a nearby lake is thought to be the boundary between life and death, with dead souls crossing their way through it on the way to the afterlife.

Twice a year, the Itako Taisai Festival takes place here over the course of five days, where blind mediums are said to “summon” the souls of the dead and deliver them messages. The festival takes place at the Bodai temple which presides over the entire area.

Explore the home of Jim Thompson

Visit the house of Jim Thompson in Bangkok, Thailand. In the 1950's and 1960's, Jim Thomson helped revitalize the Thai silk industry. After fighting in World War II, he became interested in silk weaving and co-founded the Thai Silk Company. His business thrived, but while he was on vacation in the Cameron Highlands in Malaysia, Thompson mysteriously disappeared.

His disappearance lead to one of the largest searches in Southeast Asian history, with more than 500 people involved in the effort. Thompson was never found and no details were uncovered, and the case remains a worldwide mystery today. Today, Thompson’s home has been left to the people of Thailand and is open to public visitors.

Sleep in a haunted hotel in South Africa

The hotel was declared a national monument in 1970 because of the preservation of its Victorian architecture, and visitors have claimed to see a variety of spirits roaming the halls.

The most well-known ghost is Kate, a teenage girl who passed away mysteriously and now has been sighted staring from the hotel’s windows or shuffling cards on the second floor. The spirit of the town’s founder James Logan has also been sighted relaxing in the lounge areas. While the spirits roaming the hotel are said to keep themselves, a stay here is not for the faint of heart, and many will visit the hotel for the sole purpose of touring the haunted attraction.

Steep, narrow and dark, with long shadows that angle eerily across the damp walls, the wynds and closes off the Royal Mile are unnerving enough. But it’s truly chilling to walk down the clammy passages, your way illuminated only by lamplight, and hear the many spooky stories that are set there.

Edinburgh’s centuries-old stones are steeped in a history of blood, murder and violent deeds. Your costumed guide offers a lively tour of the darkest corners of Edinburgh’s past, the backdrop of mob lynchings, ghost stories, and the bloody deeds of the notorious body-snatchers-turned-murderers, Burke and Hare.

Nara Dreamland, Japan: Modeled after Disneyland in California, Nara Dreamland in Nara, Japan was built in 1961 and saw almost 1.6 million visitors a year during its success. With the opening of other competitive amusement parks in 2001, interest in Nara Dreamland dropped rapidly, and the park was forced to close due to lack of visitors in 2006.

Roller coasters, carousels, and many other rides were all left behind, leaving the park suspended in time, and the layers of grass and dirt accumulated around and overtop the attractions gives the utterly empty park a darker feel. 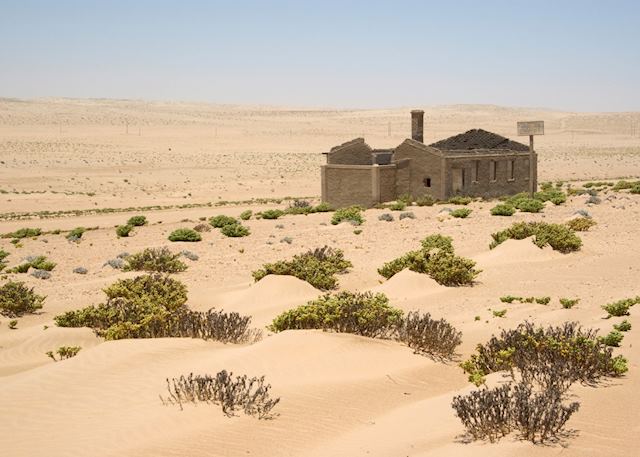