Ice cream around the world

Though the term “ice cream” often conjures images of chocolate or vanilla scoops atop a crispy cone, there are far more exciting variations of the dessert that exist across the globe. From mochi in Japan to gelato in Italy, our specialists share these exotic takes on the frozen delicacy.

Just as trends for ice cream have gone more artisanal, so have the gelato makers in Italy. You can find national chains and tiny family owned gelaterias alike offering organic small batch gelato in every city. Some of our favorite all-natural gelaterias include Perche No! in Florence, Raki in Sorrento, and Pretto Gelato Arte Italiana in Verona. My favorite national chain is Venchi so if you run into one, don’t miss your chance to grab a scoop.

There are many differences between ice cream and gelato, the most significant of which lies in the amount of butterfat used in the recipe. Gelato has about one third to one half the butterfat of ice cream making it freeze less solidly giving it that smooth creamy texture. With so much less butterfat it just means you can have a couple extra scoops on your Italian holiday. 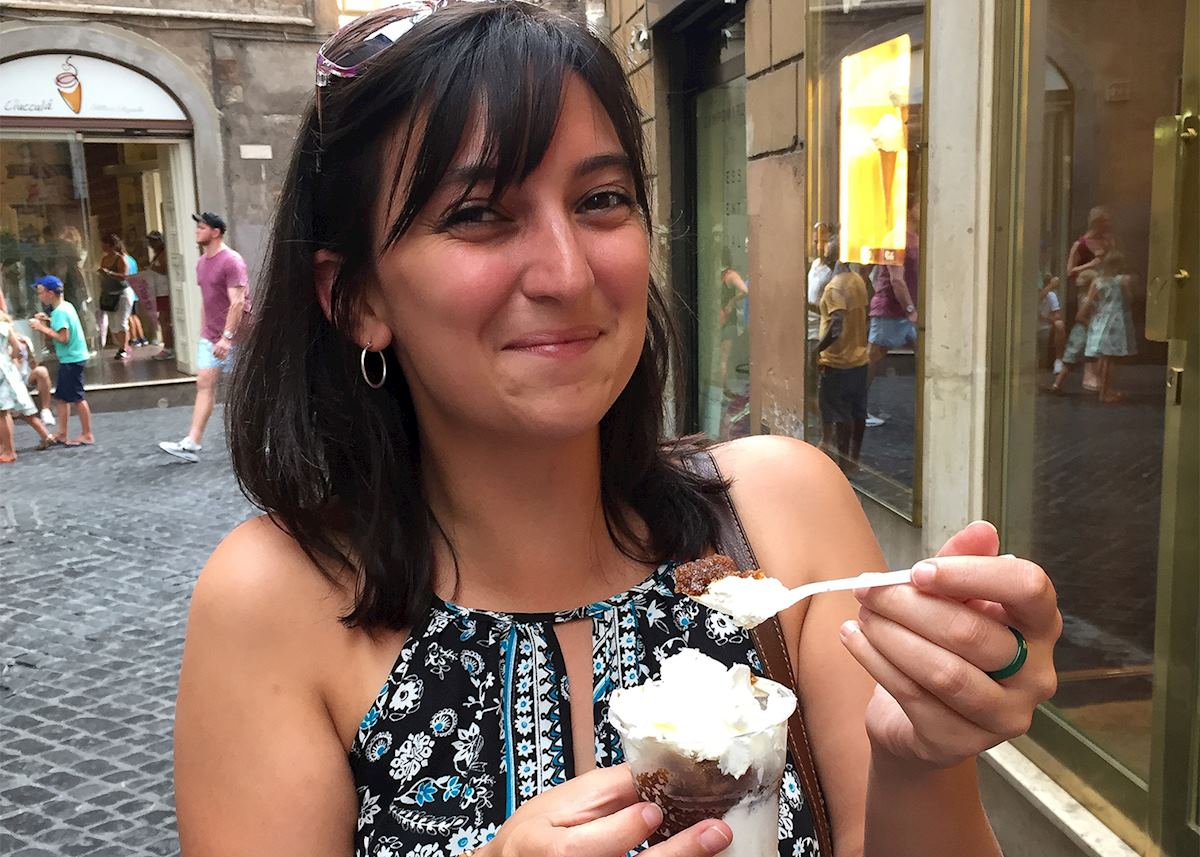 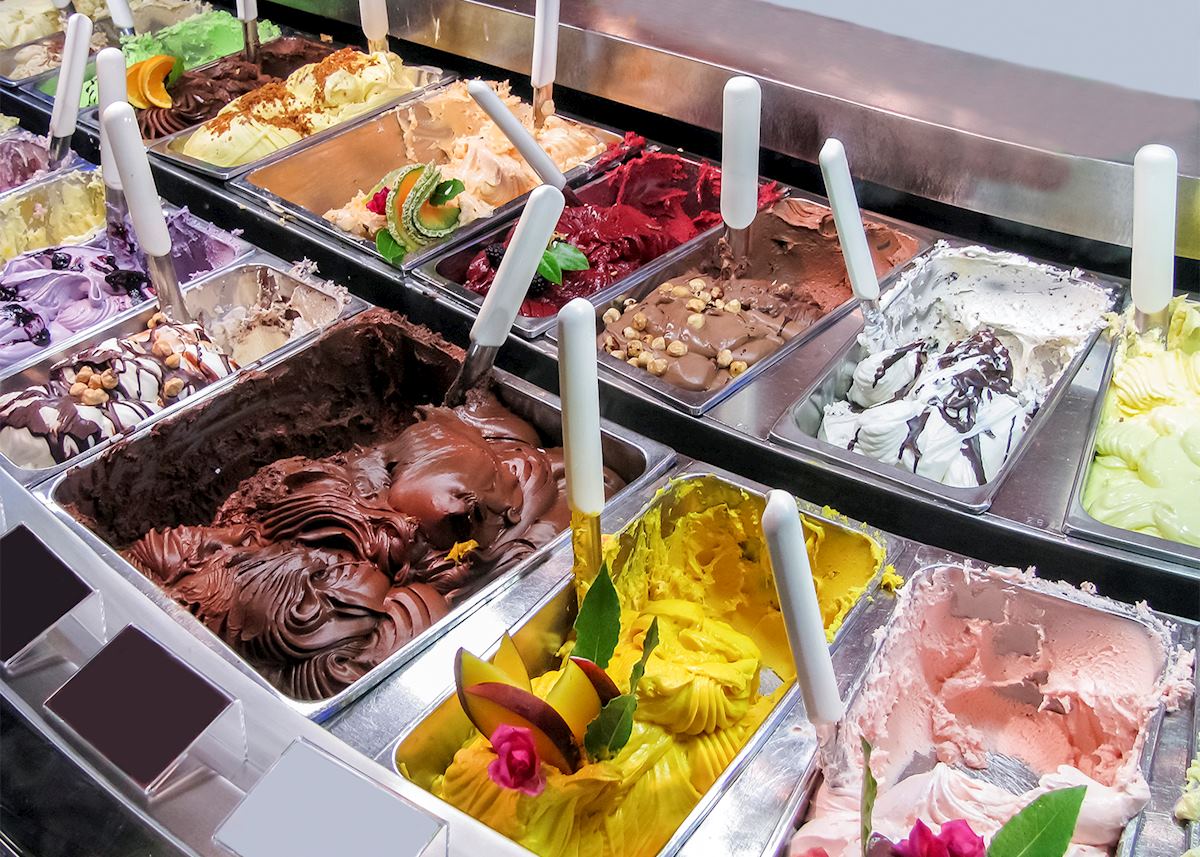 The many flavors of gelato

Kulfi is a popular ice cream in India that is traditionally prepared by slowly cooking sweetened and flavored milk. After it evaporates, the remaining thick concoction is frozen and often served on a stick. Kulfi is readily available from the Kulfi Wala (ice cream server) found in most major cities. The ice cream is seasoned with all natural spices such as cinnamon, cardamom, and saffron. As toppings, often fruits and nuts are added, such as pistachios and pineapples. While a welcome cooling treat on a hot day, be careful if you have a sweet tooth, as the small treats go down almost too easily. 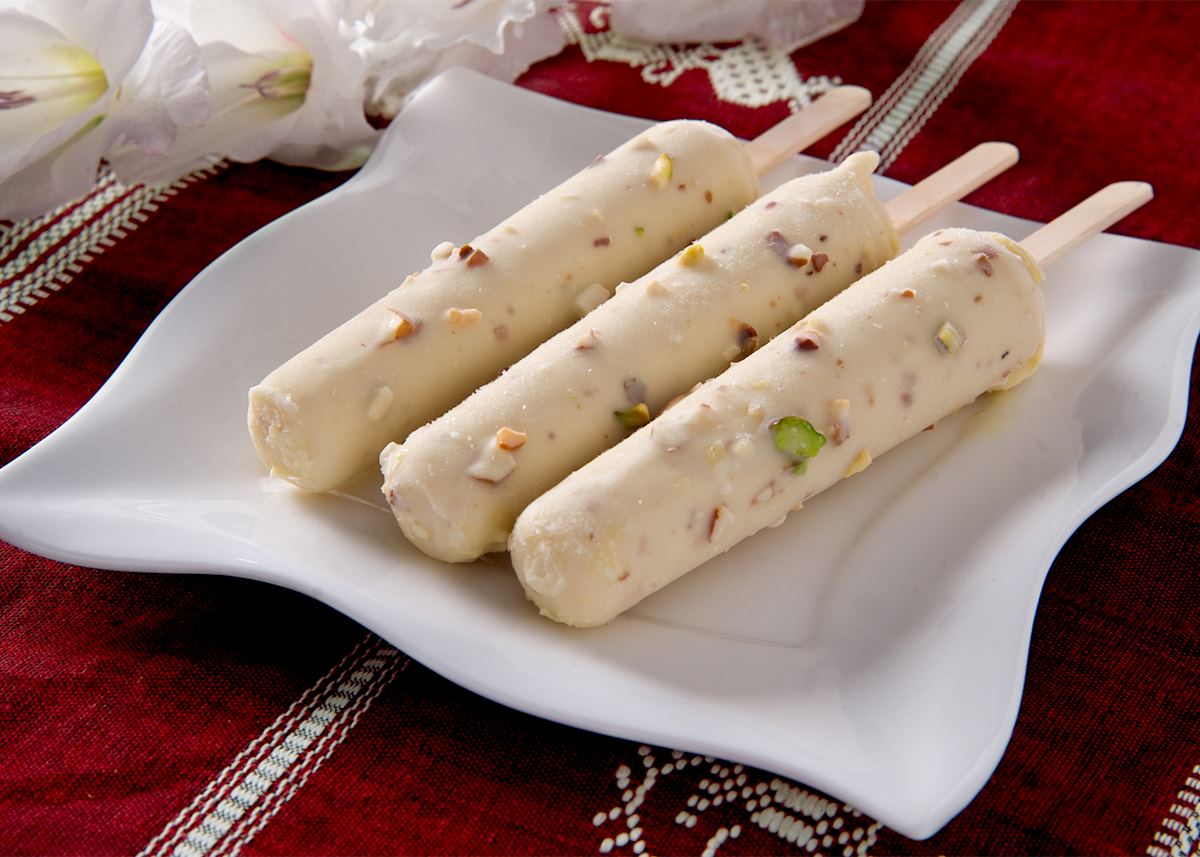 The frozen delicacy in Kulfi, India

No visit to the Daintree Rainforest in Australia would be complete without a stop at the Daintree Ice Cream Company. What makes this ice cream unique is the wide variety of distinct flavors on offer. The company grows all fruit used in their products on site at their 22-acre organic farm, from black sapote (a member of the persimmon family with a taste like chocolate pudding) to wattleseed (a dry seed used by Australian aboriginals). You can get up to four different varieties of the ice cream in one cone and my top pick being strawberry honey. The types of ice cream available change depending on what’s in season, but you can always count on something tasty, unique and refreshing.

I Tim Pad in Thailand

Eating I Tim Pad is a great way to escape the summer heat when visiting Thailand. The ice cream is made by pouring fresh cream onto an anti-griddle and fruits and nuts are mashed into the mix. They then scrape the ice cream off into small rolls and add additional candy toppings. Finally, either chocolate sauce or sweetened condensed milk are poured on top. I Tim Pad is currently found mostly at the many street markets of both Bangkok and Chiang Mai, but the delicious dessert is becoming ever more popular throughout the entire country. 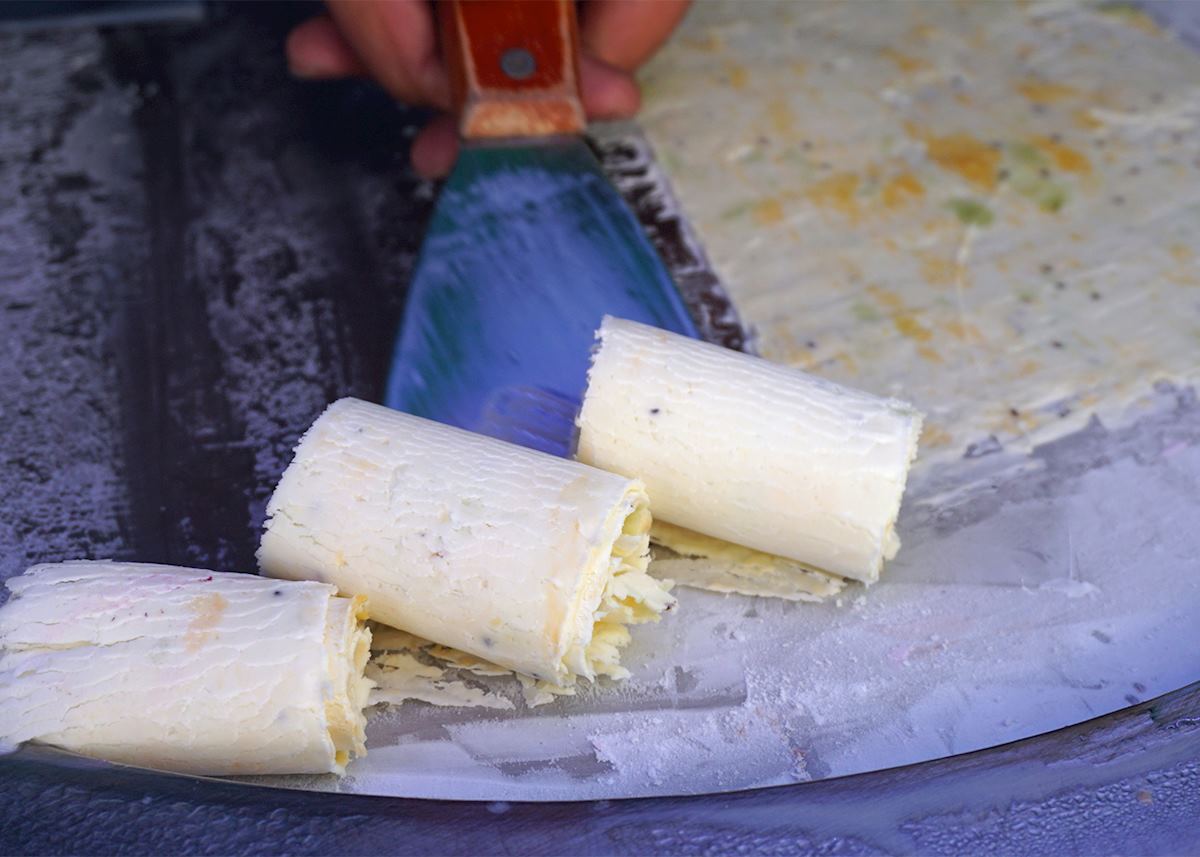 I Tim Pad being made in Thailand

The origin of mochi – a sticky rice pounded into thin paste like confection - is not exactly known, but early recorded examples date back to 300 B.C to 300 A.D.  and suggest it was originally used to celebrate the New Year. A much more recent adaptation is mochi ice cream in Japan, which features an outside chewy rice layer that gives way way to different flavors of ice cream. Many mochi ice creams tend to be on the unusual side with the more popular options being green tea, red bean paste, and umeshu (plum wine). Mochi ice cream is becoming increasingly popular in the United States, where you can find classic, chocolate, vanilla and strawberry mochi at select grocery chains throughout the country. 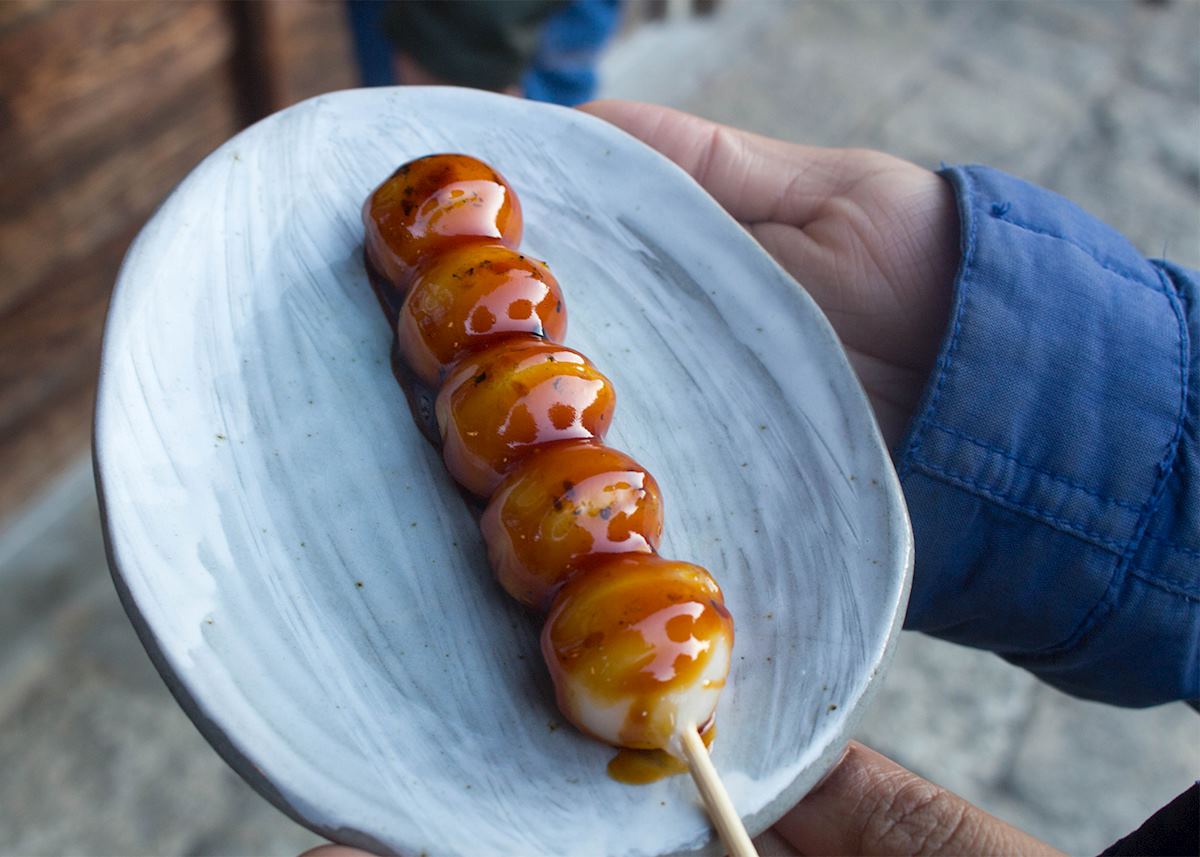 Restaurants worth the journey Food highlights of Italy
Get in touch