Established in 1972, this gem of a park covers 21,980 square kilometers in the southwest corner of the Yukon.

The park is home to Mount Logan which, at 5,959 m is Canada's highest peak and part of the dramatic St. Elias Mountains. The icefields, with glaciers more than a mile deep, are largely inaccessible but the green valleys offer a variety of walking trails for experienced hikers.

Stunning Kluane Lake is much more accessible, lying along the edge of the Alaska Highway just outside the park, and is framed by snow-capped mountains whose glaciers feed its ice-blue waters. 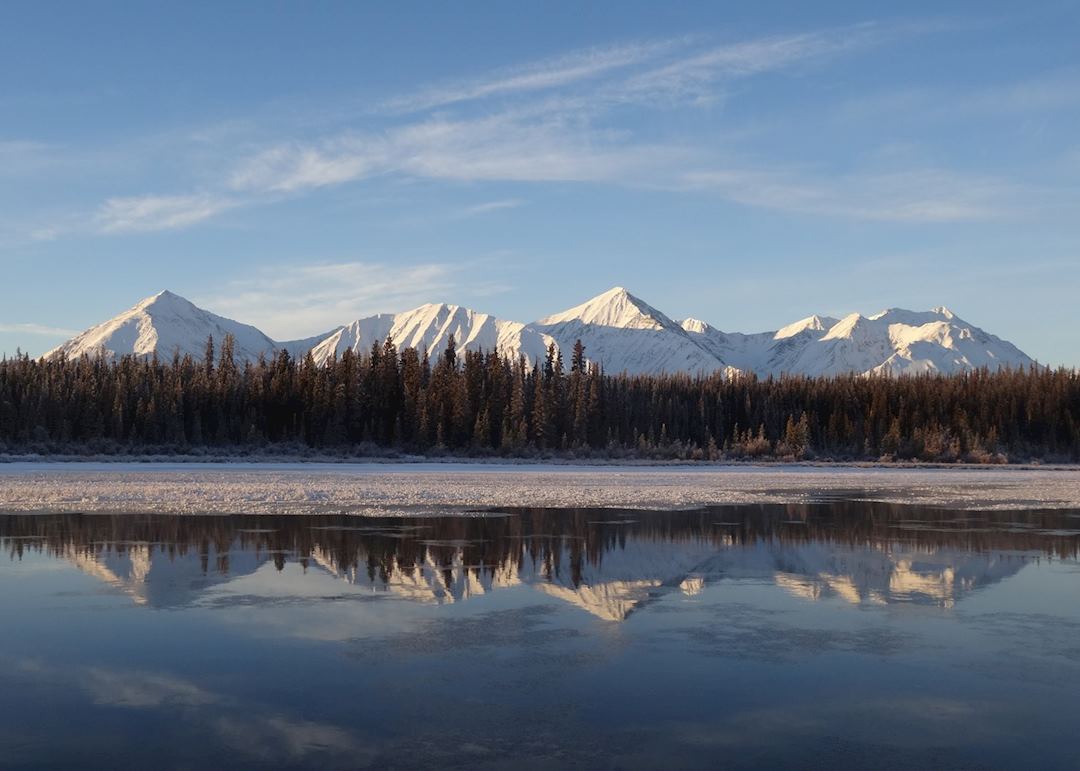 We’ve selected a range of accommodation options for when you visit Kluane National Park. Our choices usually come recommended for their character, facilities and service or location. Our specialists always aim to suggest properties that match your preferences.