Set on Jamaica’s north coast, Montego Bay is firmly on the map thanks to its white-sand beaches, reggae-infused bars and variety of things to do. Once a hub for the island’s sugar industry, it was here that wealthy plantation barons set up home, bringing with them the people they enslaved (a few notable uprisings occurred here over the years). Earlier still, the Spanish used it as a small port for exporting lard (‘manteca’), from which its name derives.

Today, you’ll find a city of two halves — the glossy resort town you see in brochures and the more frenetic, characterful Mo’ Bay that locals know and love. Stroll along the ‘Hip Strip’ to browse shops, restaurants and bars that bubble with life. Relax on the city’s headline beach, Doctor’s Cave, with its gently shelving sand and coral reefs. And taste jerk-seasoned barbecued chicken or fish, washed down with a locally made rum on the rocks.

Things to see and do in Montego Bay

The ‘Hip Strip’ and Downtown

Stretching 3 km (1.9 miles) parallel to the seafront, Gloucester Avenue has been dubbed the ‘Hip Strip’ by locals thanks to its excitable collection of bars, restaurants, shops and street vendors. Live reggae, hip-hop and soca music drifts from doorways, and there’s generally an open, welcoming atmosphere.

You could also get a taste of the city’s lively character in the Downtown area, which fans out from the cobbled Sam Sharpe Square. Here, you can drop into pattie shops to try the local delicacy of flaky pastry filled with spiced meat, and visit Gully Market to browse local wares, from bright fabrics to hand-made crafts.

Located at the top of the ‘Hip Strip’ is Doctor’s Cave, a 300-m (984-ft) white-gold beach that slopes gently into turquoise waters. While you have to pay to access this beach and it’s one of the area’s busiest, it’s undoubtedly beautiful, as well as being home to a coral reef, a century-old bathing club and various water sports options.

A slightly quieter option is nearby Cornwall Beach, which shares the same quality of sand and clear blue water, as well as being close to some excellent eateries serving fresh fried fish. Or, for a family-friendly option, Walter Fletcher Beach has a go-kart track, tennis courts and water park.

Just off Montego Bay’s shore is the Montego Bay Marine Park, an expanse of rainbowed coral reefs and wildlife-rich mangroves. You can head out there to explore the marine life that thrives beneath the waves, either on a scuba-diving trip or a catamaran cruise that stops off at the reefs so you can snorkel among groupers, barracudas and sergeant majors.

Montego Bay’s food scene has many culinary influences, with international dishes often infused with traditional Jamaican spices. It won’t be hard to come across Jamaica’s best-known dish, jerk chicken — the meat is marinated in a hot sauce and barbecued until crisp. You’ll often find jerk seasoning on fish, shrimp and beef, too.

Jamaica’s just as well known for its rum, which is usually served on the rocks or as part of a tropical cocktail. You can sip rum at any bar you visit in Montego Bay, but for some context, you could also visit a local rum distillery. Many offer tours that let you look behind the scenes at the rum-making process and tell you about the history of rum making on the island. And, of course, you’ll have the option of a tasting or two.

An important sugarcane port between the mid-17th and 20th centuries, Montego Bay has a long history to explore, and not all of it pretty. The wealthy sugar plantation owners enslaved hundreds of Africans, and the city was the site of several slave revolts. The last major uprising, the Christmas Rebellion or Baptist War, took place between 1831 and 1832, and resulted in the public hanging of Samuel Sharpe, the revolt’s leader. The city’s main square was renamed after him in 1975, and you’ll find a monument dedicated to him there.

Also in the square is the Montego Bay Cultural Centre, housed in an early 19th-century building. It’s home to the National Museum West and the National Gallery West, where you can browse exhibits focused on Jamaica’s history, culture and art. You can also see the Freedom Monument, which pays tribute to the enslaved Africans who fought in the rebellion.

While many of the city’s historic buildings have since been destroyed by fires or hurricanes, you can still pay a visit to Rose Hall Great House, an 18th-century Jamaican-Georgian plantation home. It was restored in the 1960s, and you’ll see its mahogany floors, wood-panel walls and wooden ceilings. Tours take place throughout the day and tell you about the wealthy Europeans who lived there, as well as the enslaved Africans forced to work in its plantation. There’s also the option to tour the house at night to learn about the ‘White Witch’ spirit said to haunt its halls.

About an hour’s drive east along the coast from Montego Bay, you can descend 12 m (39 ft) into the Green Grotto Caves, a labyrinth of limestone caverns named for the green algae that covers the walls.

A tour will show you some of the unusual formations, stalactites and stalagmites formed within the caves. You’ll also hear about the caves’ history, with pottery fragments and other artifacts found here indicating they were once used by the indigenous Arawaks. They’re also thought to have been used as a hiding place for Spaniards fleeing British invaders during the 17th century, as well as smugglers, and enslaved Africans fleeing their captors.

Look out for bats sleeping on the ceilings and pause to admire the glass-clear lake within one of the caverns, which appeared in 1973 Bond film Live and Let Die.

Mild enough for the beach at any time of year, Montego Bay experiences warm, dry winters (mid-December to mid-April) and hot, humid summers (June to September), while in-between you’ll get a mix of everything with perhaps more rain. Hurricanes are possible in September and October — the wettest months. Visit in July and you might catch reggae Sumfest, the Caribbean’s largest music festival, featuring reggae artists from far and wide.

We’ve selected a range of accommodation options for when you visit Montego Bay. Our choices usually come recommended for their character, facilities and service or location. Our specialists always aim to suggest properties that match your preferences.

Our specialists seek out authentic ways to get to know the places that could feature in your trip. These activities reflect some of the experiences they've most enjoyed while visiting Montego Bay, and which use the best local guides. 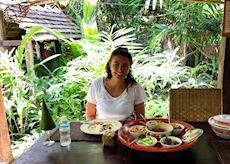