- booking by speaking to a person is key

Bespoke travel operator Audley Travel has conducted research into how people want to return to travel. Below they share responses from three points during 2020 — before the pandemic (February), July and December to see how sentiment and future travel plans have moved on.

Audley’s research saw a shift in the way people intend to research, plan and book their trip, with a small increase in people wanting to speak to an expert to book their trip (this was important1 to 71 percent in February and rose to 72 percent in December). There was a significant drop in the proportion of people relying on ‘referral’ resources such as review websites (49 percent down to 35 percent), suggestions from friends (47 per cent to 28 percent) and testimonials (24 percent to 17 percent) in the same period.

As the pandemic continued and increasing numbers of trips were unable to depart, Audley saw a shift in where clients plan to visit on their first trip once restrictions lift. In July, 73 percent said they would travel to somewhere they had not been before, rising to 78 percent by December. A wish to visit somewhere familiar remained constant (16 percent in July and 17 percent in December). Confidence in travel has increased with the proportion saying they aren’t planning to travel in the foreseeable future has more than halved from 11 percent in July to five percent in December.3

When asked about their motivations for their next trip, nearly a third of people asked in December said it related to the lack of travel in 2020 (this is made up of 18 percent of total respondents who said to enjoy being able to travel again and 14 percent said to take a postponed trip (planned, not necessarily booked)). Being able to travel again has risen slightly from July (16 percent) and taking a postponed trip remains constant. Pre-pandemic the main reasons were to visit particular sites/places or experiences, cited by 26 percent in February (this fell to 19 percent in December) and to experience different cultures (19 percent in February falling to 12 percent in December).

Audley surveyed 1,592 people in February, 2,112 in July and 1,374. in December. The respondents included people who have traveled, booked or inquired about trips with Audley as well as those who had expressed an interest in information from Audley.

1 Respondents were asked if the options were important, useful or not important to them.

2 Respondents were asked if the options were very important, moderately important or not important to them.

3 This question was first asked in July, so figures for February are not available.

4 Respondents were asked if they were very likely, somewhat likely or not likely to choose the options suggested. 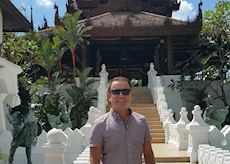 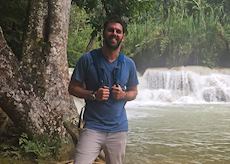