Kara has been living, working, or traveling globally, beginning with her high school French Club trip to Paris and a summer-long home-stay with a family in Spain. Since then she has been throughout Europe, the Americas, and Asia, and is now our Tibet and China Specialist here at Audley.

In addition to travel her other passion is sports, and her experience doing media for the FIFA World Cup and Atlanta Olympic Games, led her to the snowy mountains of Japan to work for CBS Sports during the Nagano Winter Olympic Games. She arrived in Nagano the year before on the JET Programme, and after three years, relocated to Tokyo, where she spent seven years before returning to the US.

While in Japan she had the opportunity to explore Asia, both on her own, and as a member of the Japan ladies Gaelic football team — who won the Asian Gaelic Games in Phuket, Thailand. This Irish connection led to frequent trips from Asia to Ireland, her ancestral home. 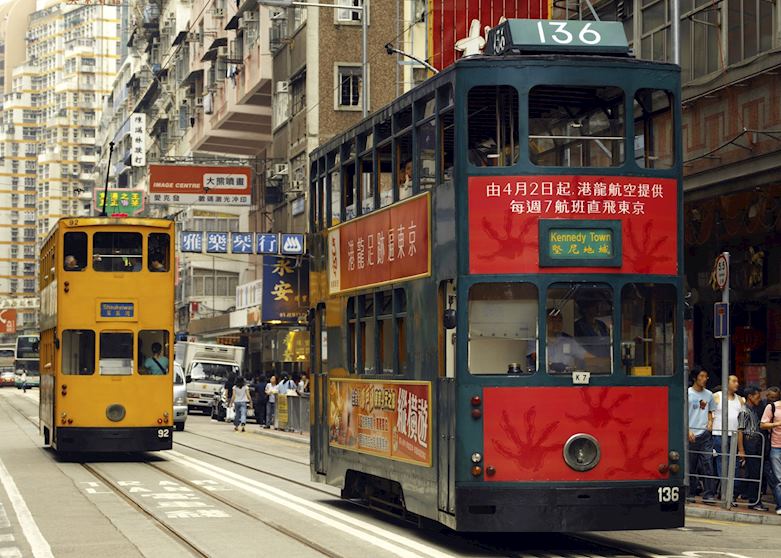 Nothing can match the vibrancy of the unique combination of British and Chinese culture and history. From the outstanding cityscape to the island beaches, Hong Kong offers it all.

I visited the Shalu Monastery during a local festival, and the monks, gathering in the great hall and sitting to begin their chanting, invited me to join them to sit and offered me yak butter tea. What a warm reflection of these devout people, welcoming a stranger during their prayers. Yet another monk offered me sweet tea, as the chanting throughout the hall began, and yet another monk called out from down the row, “Where are you from?”. I had experienced the friendliness of the Tibetan people throughout my visit, but this welcome and inclusion was truly special.

Kara at the Forbidden City in Beijing

Kara at the Forbidden City, Beijing

Kara enjoying a field full of flowers in China

Kara at the Songzanlin Monastery Shangri-La in Yunnan

Kara walking through the rice paddies in Longji