Tom graduated from Nottingham University in 2003 with a degree in Management Studies with Spanish. Having lived and studied in Spain for a year as part of his degree he then went traveling around South America for a year, developing a passion for the continent and its wonderful variety of geography, peoples and cultures.

He briefly returned to the UK before getting a job as a Tour Leader, which sent him straight back to Latin America. Over the next 4 years he led tours in Peru, Guatemala, Honduras, Nicaragua, Argentina, Chile and Cuba (as well as a brief stint in East Africa).

Highlights include camping on a glacier in Patagonia and listening to its slow, creaking progress during the night, climbing Peru's highest mountain (Mount Huascaran) and playing volleyball (badly) with locals on Copacabana Beach in Rio. Tom's first Audley trip saw him return to Argentina and Brazil to see the hotels we use and to meet the people who run our trips on the ground. 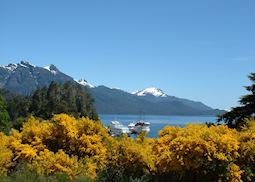 Possibly my favorite destination is Bariloche in the Argentine Lake District.

Driving around the area you are presented with one stunning view after another — pretty lakes with forested mountains rising up from their shores and snow-capped peaks in the distance. 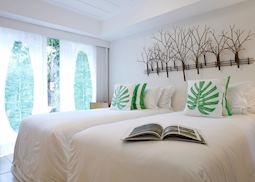 The Insólito Boutique Hotel is perfect for this. It comprises only 11 individual bungalows, which poke out from the vegetation-covered hillside, overlooking a beautiful calm bay. If you can tear yourself away from the pool and numerous 'chill-out' areas, you can get a water taxi to one of Búzios' many beaches and join the locals in some relaxation by the sea.

As I stood there on my own enjoying the view, three enormous Andean Condors appeared out of nowhere, briefly circled just a few feet above me, and then continued on their way. A minute later they were gone, and if it wasn't for the photos that I managed to take of them, it would have almost felt like I had imagined it!