Distances between the parks are large and the roads poor, so we will usually fly you from one to another.

Walking safaris were pioneered in Zambia and remain a highlight of any safari. We use professional guides teamed with armed scouts and keep group sizes very small. It is also renowned for its night drives which offer the chance to see a myriad of nocturnal life, of which, the highlight is often the leopard.

The official language is English although more than 72 different languages and dialects are spoken within Zambia.

Camps, hotels and lodges that cater to overseas visitors will serve a very international fare, and the quality of food prepared in the most remote bushcamps amazes visitors. If you do have any special dietary requirements please let your specialist know and we can arrange for the lodges and hotels to cater for your requirements.

Zambia's native cuisine is based on nshima, a cooked porridge made from ground maize. This is usually made thin, perhaps with sugar, for breakfast, then eaten thicker (the consistency of mashed potatoes) for lunch and dinner. For these main meals it will normally be accompanied by some tasty relish, perhaps made of meat and tomatoes, or dried fish. You should taste this at some stage when visiting. Safari camps will often prepare it if requested, and it is always available in small restaurants in the towns. Often these will have only three items on the menu: nshima and chicken; nshima and meat; and nshima and fish.

Tipping is not compulsory but always enthusiastically received if you are happy with the service and would like to tip. We recommend that you tip your guide direct at the end of your stay in camp; as a rough guideline you might tip from US$5-10 per person per night stayed. It is also a nice gesture to give a general camp staff tip; we would recommend a tip of around US$5 per person per night stayed. This should be given to the camp manager to distribute equally among the staff or left in the camp's tip box if there is one.

Where restaurant meals are involved, the tipping standard is usually 10% of the bill. Obviously this is very much a rough guide and you are completely free to give whatever you feel is appropriate.

The currency of Zambia is the Zambian kwacha (Kw). The notes are in denominations of 500, 1000, 2000, 5000 and 10,000 and there are coins for smaller denominations. Hotels and lodges will accept payment for food and drinks in either US$ (which they prefer) or kwacha. Due to a spate of forgeries, nobody in Zambia, including banks, will accept US$100 notes, so it is best to carry smaller denominations. Major credit cards are accepted at larger hotels, shops and restaurants. American Express is widely accepted, with more limited use of Visa and MasterCard.

Conservative casual wear is generally acceptable everywhere, but revealing clothes should be avoided since they may cause offense. Do not take pictures of people without asking permission. Photography within airports and of military installations are not permitted.

When to go to Zambia

You'll find temperature and rainfall information, together with a month-by-month guide on visiting, on our guide for when to go to Zambia. 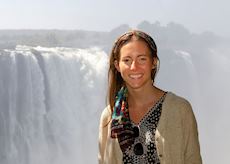