In June 1912 a violent eruption of the Novarupta Volcano turned a huge track of wilderness into a landscape of ash-covered mountains, smoking valleys and thousands of steam vents.

The valley floor became known as the Valley of 10,000 Smokes and subsequently became the national monument now known as Katmai National Park and Preserve.

This remote wilderness has a deserved reputation for its truly spectacular mountain scenery and for the richness and diversity of its wildlife. It has the world’s largest population - more than 2,000 - of protected grizzly bears. At Brooks Falls they congregate at the rivers edge to fish for salmon while at Hallo Bay they are frequently seen feeding on sedges along the shoreline.

Grizzly bear viewing in Alaska is renowned, but Hallo Bay offers a wonderful opportunity to get close to these magnificent creatures at any time of the summer season. Reached by a thrilling light aircraft flight from Homer, Hallo Bay is located on the wild, remote and volcanic Pacific coast of the Alaska Peninsula. There are no roads within nearly 500 kilometres of Hallo Bay which is surrounded by nearly 17,000 square kilometres of the pristine wilderness of Katmai National Park. The beaches here are stunning but it is the superb coastal bear viewing for which the area is renowned.

Hallo Bay offers a diversity of food habitats and has one of the highest concentrations of bears in Alaska. From May to early July they are engaged in complex and fascinating mating behaviour, digging clams in the inter-tidal areas and grazing on the coastal sedges. In mid-July the first of the salmon arrive, providing a feast and a change in diet.

Bears are typically seen from mid June until the end of the summer, apart from August when they forage for berries in the woods. They stand at the top of the falls to catch the leaping, spawning salmon whilst in September they gorge themselves on dead fish, fattening themselves up before winter hibernation.

This sample itinerary will give you an idea of what is possible when you travel in Katmai National Park, and showcases routes we know work particularly well. Treat this as inspiration, because your trip will be created uniquely by one of our specialists. 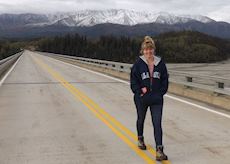 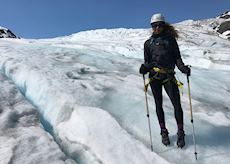 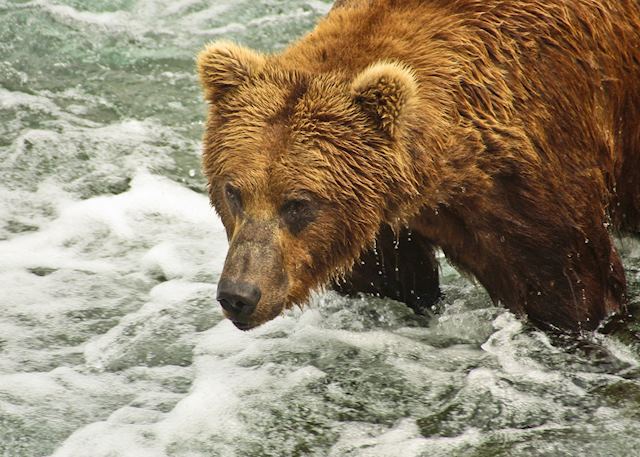