This hotel is located near the domestic and international airport making it ideal for a stop-off on arrival in or departure from Mumbai.

It has a range of restaurants set around a spacious lobby area and there is an outdoor swimming pool. The rooms are uninspiring in style but comfortable.

Photos of The Leela Mumbai

Our itineraries are there to spark ideas for how you could include a stay at The Leela Mumbai as part of your trip. Treat them simply as suggestions, because every aspect of the trip we create for you will be yours to define.

Mumbai (Bombay) and nearby places 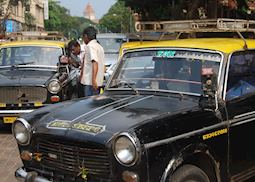