The little town of Custer lies just five miles west of Custer State Park, where jagged granite spires emerge from dark pine forests and where elk, bighorn sheep, wild donkeys and bison thrive. The town is perfectly positioned for exploring the many attractions of the Black Hills, including the Mount Rushmore National Memorial, world-famous for its portrayal of four US Presidents, Washington, Jefferson, Lincoln and Roosevelt.

Each head is around 60 feet long from chin to crown, and Lincoln's nose is a massive 18 feet long. Begun in 1927, it took 12 years to blast and craft the monolithic figures from solid granite. In 1939 the Sioux Native Americans decided to create a monument to honor their great heroes too, and instigated the creation of the hugely impressive Crazy Horse Memorial by Korczak Ziolkowski that stands nearby. This enormous sculpture is still a work in progress but aims to be the world's largest when it is eventually finished.

Badlands National Park is also well worth visiting for its spectacularly colored and eroded rock formations and for its remarkably preserved fossils. Adjacent to the park lies the Pine Ridge Indian Reservation, the second largest in the USA, where a monument commemorates the massacre of Native Americans by the US Army at Wounded Knee in 1890. Other nearby attractions include the atmospheric Wild West town of Deadwood and Wind Cave National Park. 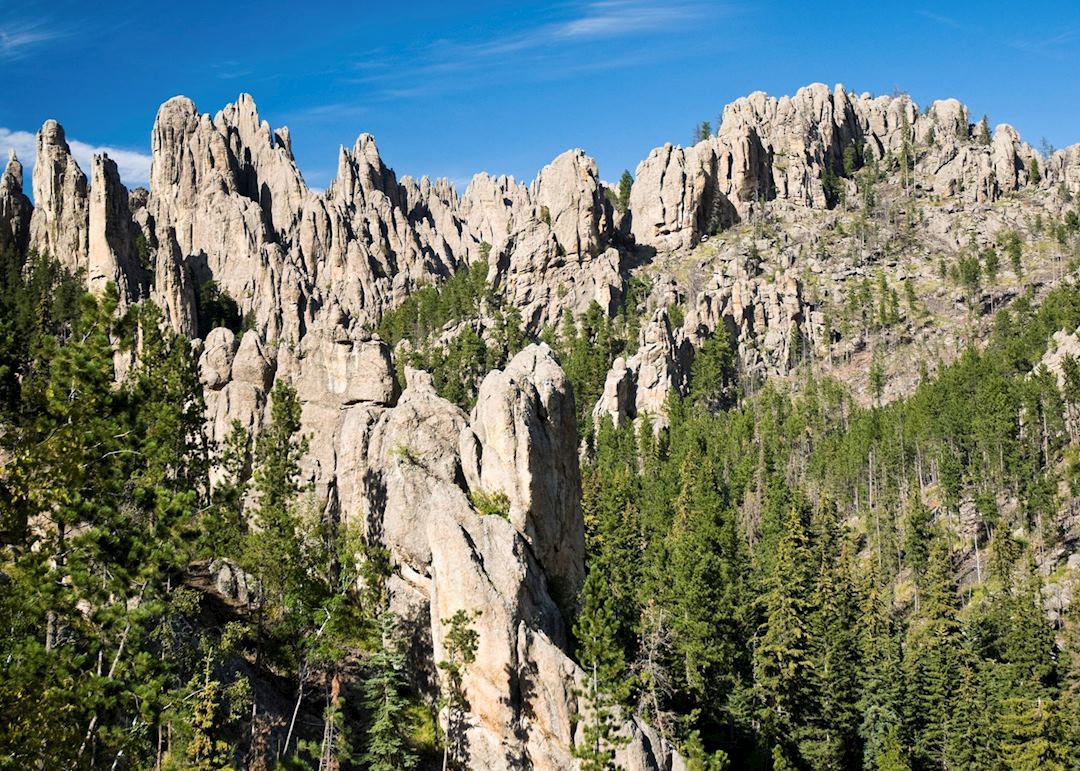 Start planning your trip to Custer

We’ve selected a range of accommodation options for when you visit Custer. Our choices usually come recommended for their character, facilities and service or location. Our specialists always aim to suggest properties that match your preferences.