In 1699 when French explorers first came upon the site of Baton Rouge, they found poles smeared in animal blood to designate the separate hunting grounds of the Houmas and Bayougoula Indians. As a result, French maps recorded the region as Baton Rouge — "red stick." Today the city is the capital of Louisiana, the fifth largest port in the US, and a prosperous university city.

Despite this, the city still exudes a certain easy charm. The undoubted highlight is the Louisiana State Capitol, constructed in the 1930s in Art Deco style, and surrounded by fifty acres of glorious gardens. The city's Old State Capitol, in use from 1850 to 1932, was referred to by Mark Twain as "that monstrosity on the Mississippi," and today houses the Center for Political and Governmental History, while the Louisiana State University Rural Life Museum re-creates pre-industrial Louisiana life through carefully restored buildings spread over 25 acres of gardens. 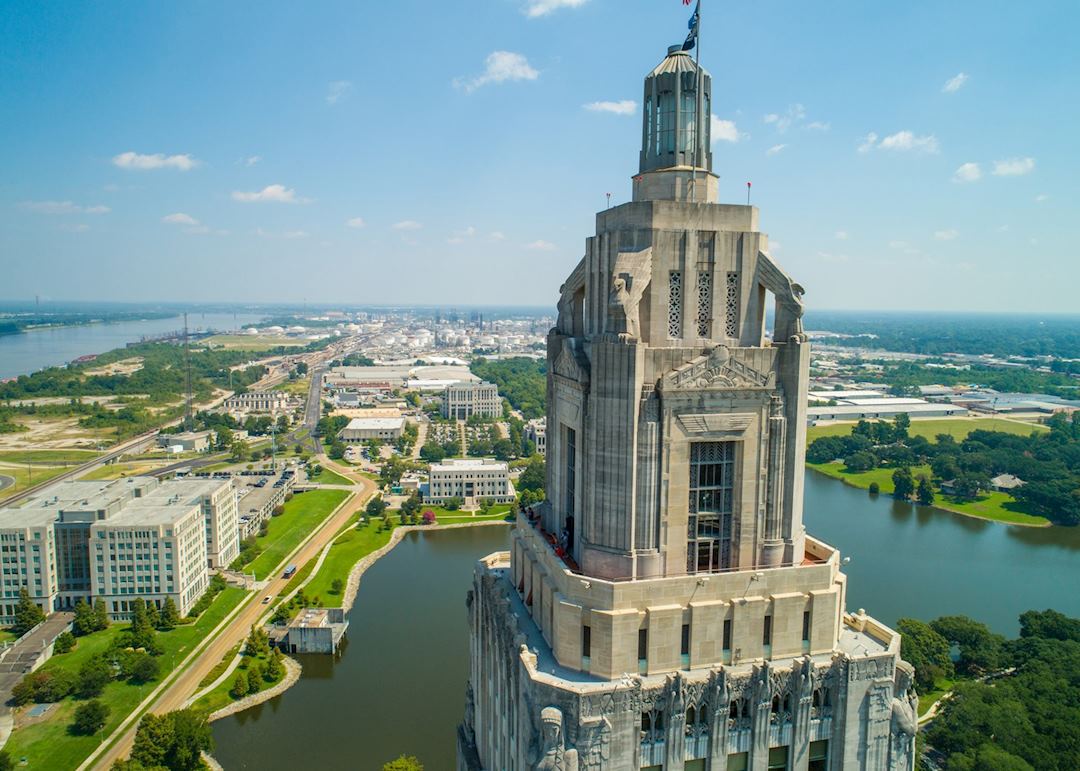 We’ve selected a range of accommodation options for when you visit Baton Rouge. Our choices usually come recommended for their character, facilities and service or location. Our specialists always aim to suggest properties that match your preferences.