Natchez, the oldest town on the Mississippi, was founded in 1716 by French fur traders. It lies at one end of the Natchez Trace a traditional Native American trade route that is now a scenic byway. 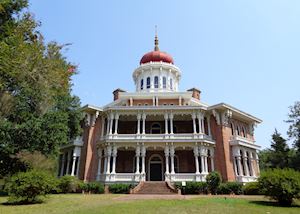 The region's rich loess soil was ideal for robust crops and Natchez was one of the first areas to establish plantations. Slaves were introduced by French colonists from the Caribbean and the spoils of the successful enterprise are seen in the fine antebellum houses all around town.

Natchez surrendered to General Grant’s army without a fight and over 500 of these stately homes survive here, more than in any other city in the United States, making it one of the most beautiful and best preserved towns in the south. It is worth spending some time just driving around the historic district which is filled with elegant buildings, many complete with white columns and furnished with Italian marble and fine antiques.

The best place to start your visit is at the Natchez National Historical Park which includes two very different properties. Melrose, a lavish Greek Revival-style mansion situated on 80 acres of lush, oak-covered land, was built by a prominent Southern family in 1841. The William Johnson House, in contrast is in the downtown area, and was built and owned by a freed-slave. Other notable plantation homes include Longwood and Stanton Hall. In addition, the area’s rich Natchez Native American heritage is vividly illustrated at Emerald Mound and Grand Village. 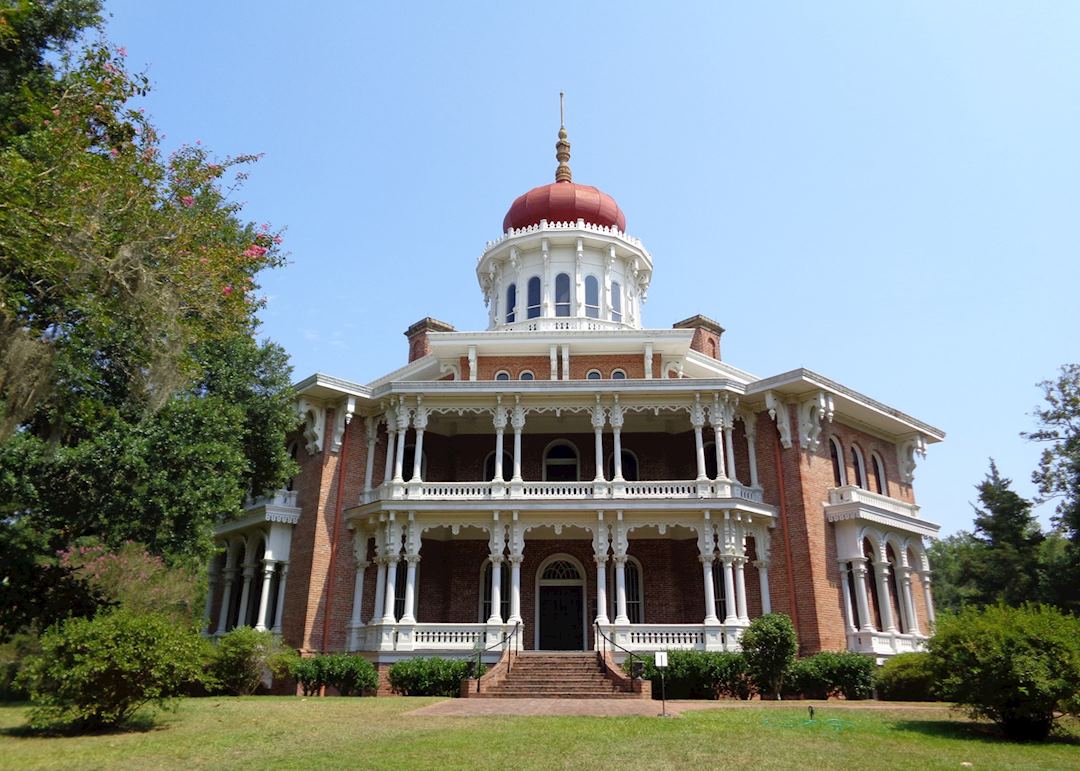 Start planning your trip to Natchez

We’ve selected a range of accommodation options for when you visit Natchez. Our choices usually come recommended for their character, facilities and service or location. Our specialists always aim to suggest properties that match your preferences.