It has been just over two months since the launch of our travel photography competition with The Sunday Times and we continue to be impressed by the standard of entries.

Below some of the latest winners tell us how they achieved their engaging shots and the interesting stories behind each one.

‘The view over the Waihopai Valley was so impressive that I just had to capture it. Outside the cottage I was staying in was the unusual addition of an outdoor shower and bath, both with expansive views down the River Spray and into the Waihopai Valley.

The baths were heated with converted barbecue burners and were a unique part of the cottage called Cob Quarters. The picture was an opportunist shot with a simple Lumix FT5 rugged camera that caught the stream of sunlight hitting the heated baths perfectly.’ 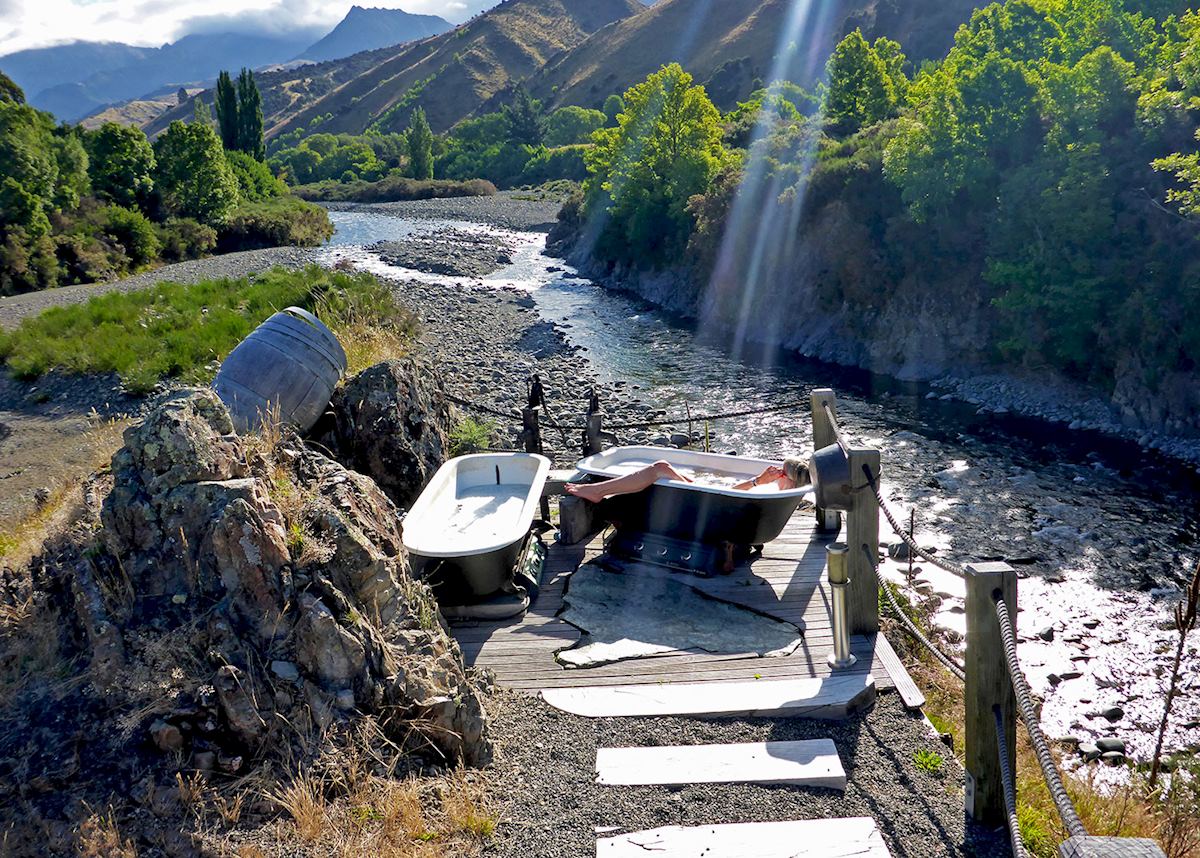 When journeying  across New Zealand from the North to the South island, you are greeted by the Marlborough Sounds reaching out into the Cook Strait. Formed by ancient glaciers and flooded valleys, the extensive network of coastal waterways, peninsulas and islands provide the gateway to the tranquil retreats of the South Island. The hidden coves and inlets are home to an abundance of wildlife, including the rare Okarito brown kiwi which lives in the miles of coastal forest fronting the sheltered waters.

The town of Picton, with its character and charm, has many attractions to offer within the sounds as well as picturesque scenery and a great selection of restaurants and cafes. To experience the peaceful nature of the region, take a water taxi out into the coves. Here you can enjoy sea kayaking or canoeing, venture on walking trails or sit and relax on the beach shore.

‘I was in Sweden visiting Jokkmokk for the Sámi winter market, a truly unique experience within the Arctic Circle that has been around for over four hundred years. On the frozen Lake Talvatis, reindeer racing had been organised as well as two teams of huskies giving short rides around the lake. I positioned myself in front of the dogs with the sun behind them, laying down in the snow for an hour in minus 21C to get the shot at eye level.

The aperture was set at f2.8  to get the shallow depth of field and isolate the two dogs at the front from the rest of the image. Having been dog-sledding with my own team two days before, I wanted to achieve a photograph that portrayed the enthusiasm and energy that the dogs have when in action.’ 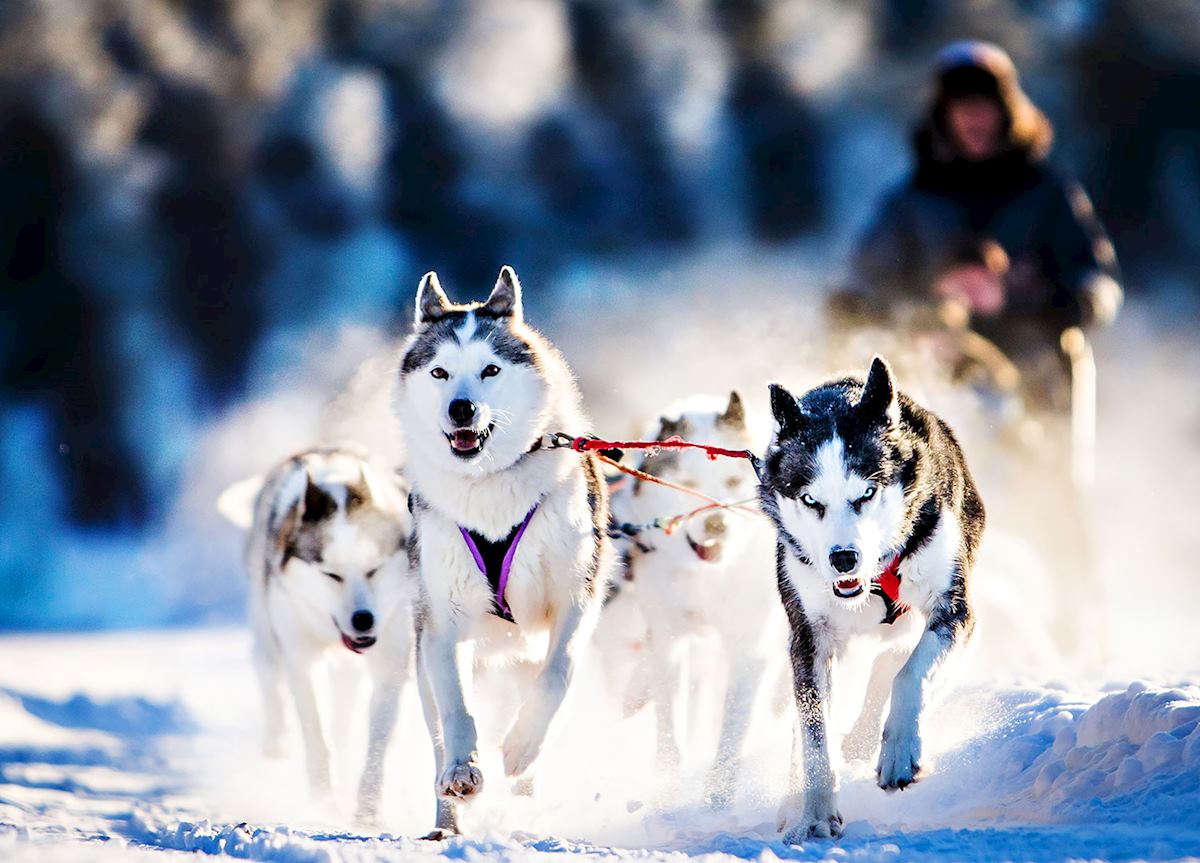 ‘The photograph was fairly spontaneous, it is hard to take a bad photo in this area especially as this was a particularly flattering angle with warm lighting. I took the image one evening at dusk as the sun was setting, looking over Riomaggiore on the Cinque Terre, or rugged coastline. It was captured using a long exposure and was shot at f13 for two seconds.’ 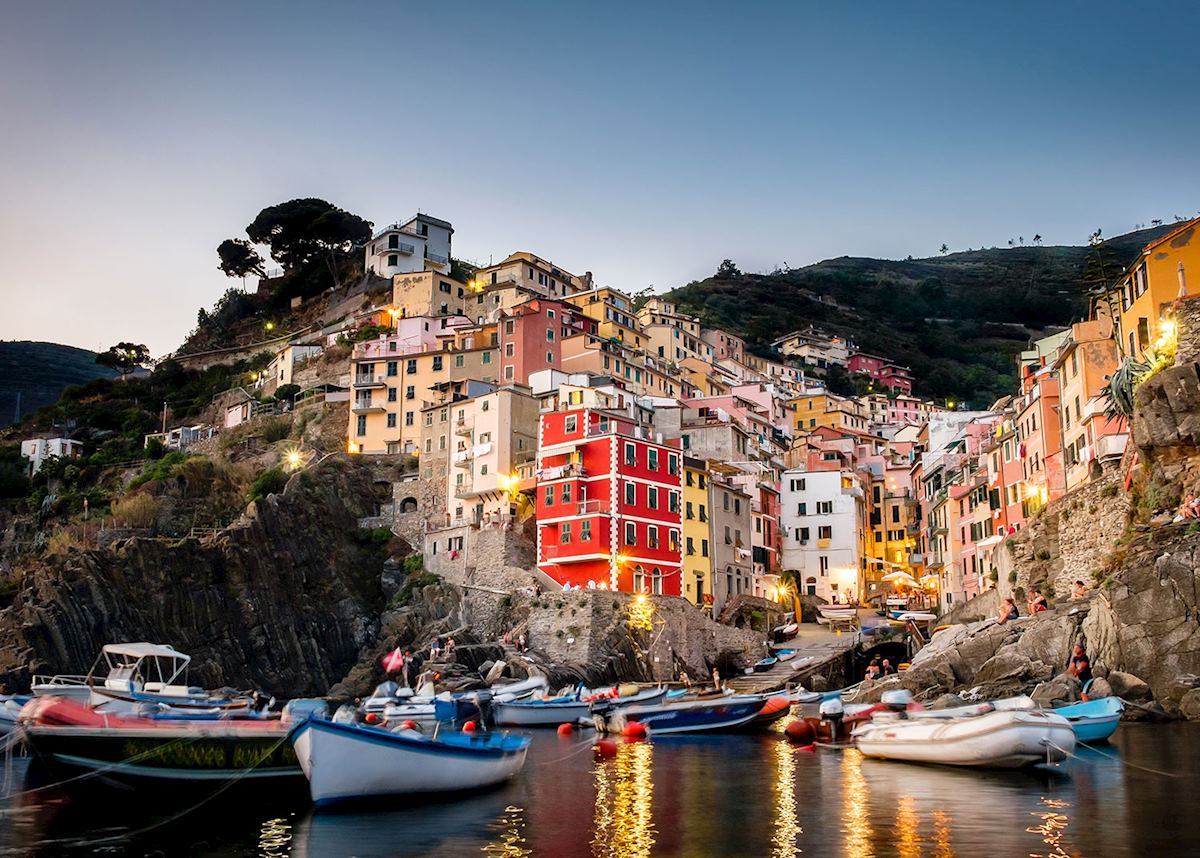 ‘We came over the crest of a hill and were amazed by the expansive view in front of us; the straight road seemed to go on forever with only the mountains in the far distance as a natural backdrop. On a family trip, driving from Las Vegas to San Francisco along Route 50, we passed through Nevada, Arizona, Utah and California.

We saw some remarkable scenery along the way, yet hardly passed another car. The Nevada portion of Route 50 was named ‘The Loneliest Road in America’ by Life magazine in 1986; made apparent by the sign warning us that there wasn’t a gas station for 60 miles. For this particular shot I used a Nikon D60 SLR with a polarising filter on the lens.’ 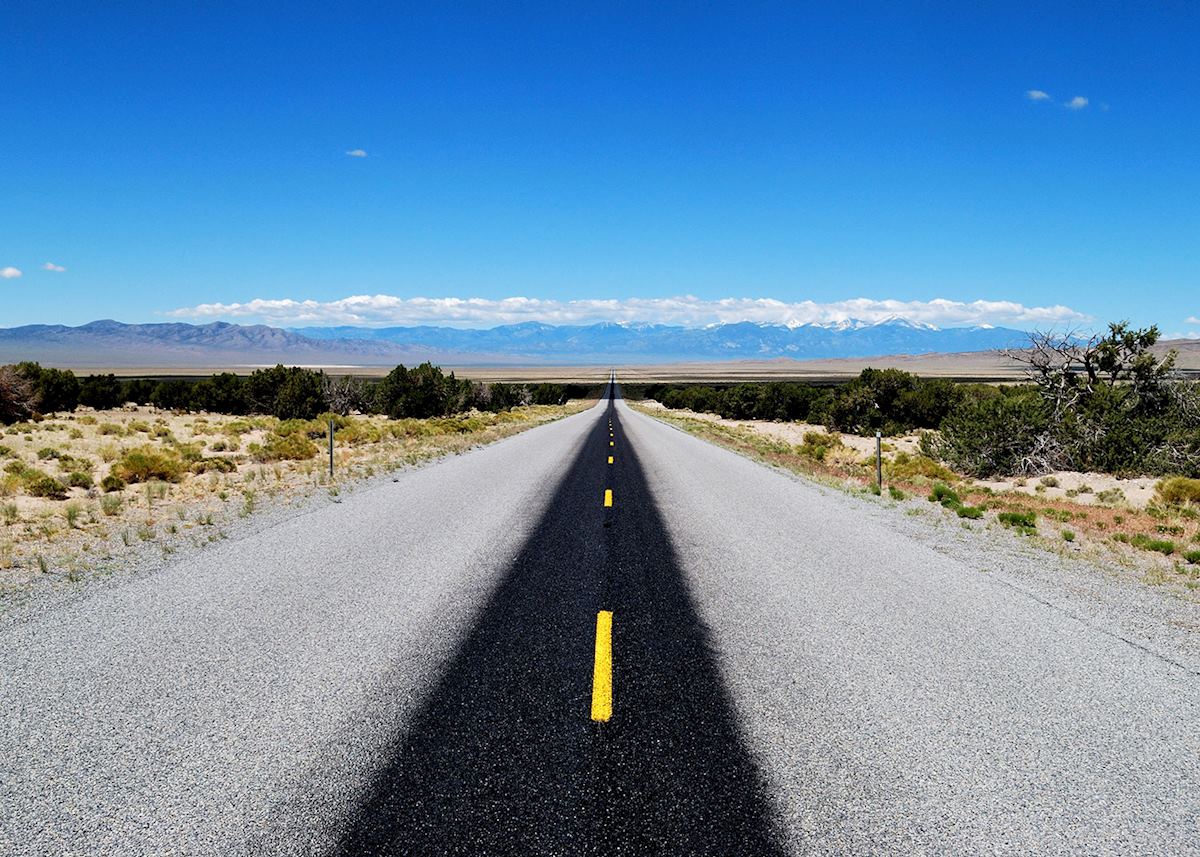 The glittering sights of Las Vegas are visible from the edge of the Nevada desert, like an illusion in the distance. While self-driving across California and Nevada along the open road, Las Vegas makes for a convenient location to start or finish your trip due to its excellent flight connections. The array of jaw-dropping sights are what Las Vegas is renowned for.

From theatrical hotels and vibrant shows to the many spectacles of free entertainment lining the infamous ‘strip’. Across the state line into California and on to San Francisco the bustling vibe continues but with a more historic charm. After exploring the hilly and compact city you can take a ferry to the former prison island of Alcatraz or walk along the Golden Gate Bridge to take in the spectacular views over the headlands.

‘I took this photograph in the small town of Pushkar in Rajasthan during the annual Pushkar Fair, known locally as Pushkar ka Mela. The festival is one of the largest gatherings of camels anywhere in the world and local folk travel from nearby villages and sometime over 100 miles on foot. While the main event at the fair revolves around trading camels, horses and other livestock, you can also find handicraft shops and souvenirs being sold.

I used a telephoto lens to achieve the perspective compression and to show the density of camels, displaying the most significant aspect of this festival, the relationship between camel and man. This lone camel herder stood among his camels just long enough to make this photo one of my personal favourites from the trip.’ 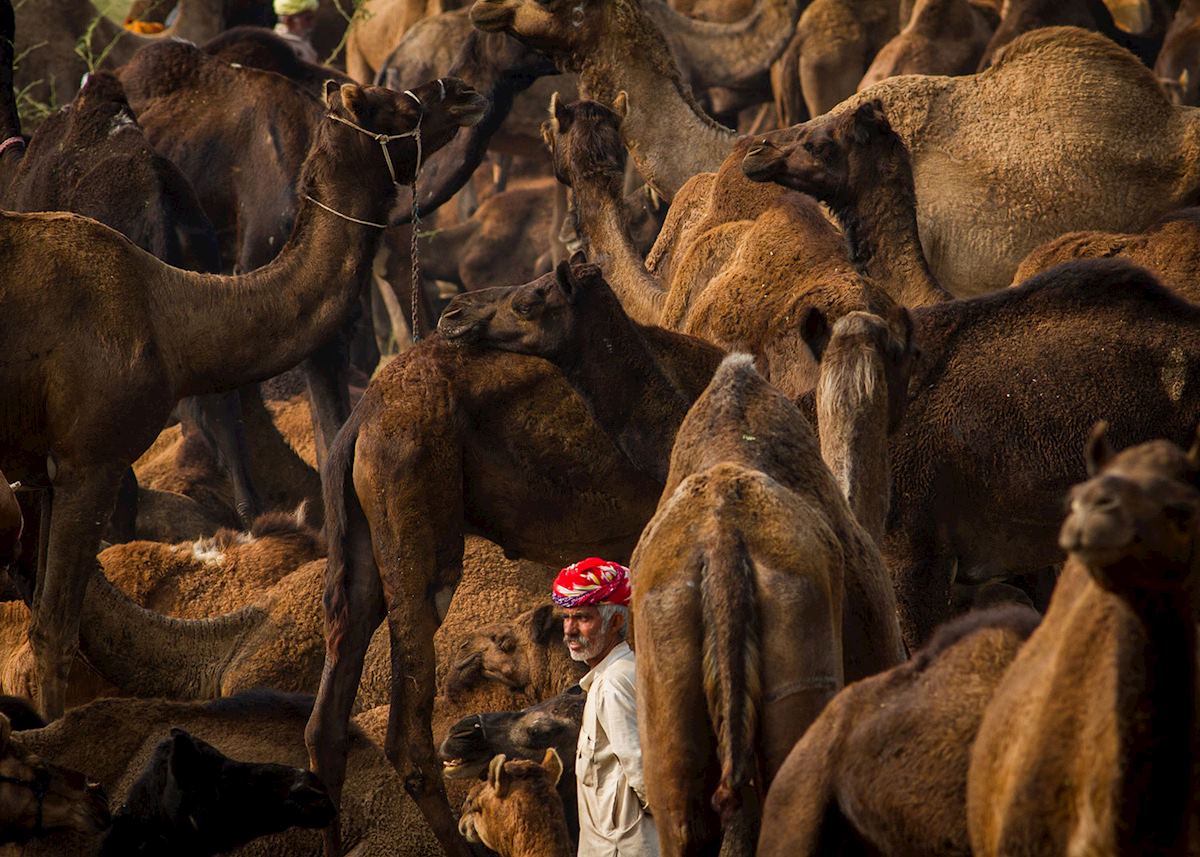 A sea of camels, Rajasthan, India

Pushkar is a tranquil town near Jaipur and is unlike anywhere else in Rajasthan. In November every year the town comes to life as people gather for the annual camel festival. At other times of the year, Pushkar is a prominent pilgrimage town and has significant Hindu importance. It is said that the God Brahma dropped a lotus flower here, and in its place a sacred lake appeared that surrounds the town.

As a result Pushkar is home to one of the world’s only Brahma temples, Jagatpita Brahma Mandir. Made of marble and stone slabs, with a distinct red pinnacle the temple is believed to be 200 years old. Around the sacred lake there are over fifty bathing Ghats, or steps leading down to the holy water.

Here you can sit for a while and enjoy the puja ceremonies taking place around you. Then venture further into the main street that is one long market, an excellent place to pick up traditional Indian gifts and handicrafts while testing your haggling skills. We recommend visiting Pushkar while on a wider trip, including the Golden Triangle cities of Delhi, Agra and Jaipur to get an authentic feel of the Hindu religion.

Enter the Sunday Times Photography Competition 2016
Get in touch