Thai New Year, known as Songkran, is celebrated from 13th to 16th April. Traditionally, Songkran has always been a time to spend with family elders, particularly parents, as a way of thanks for bringing one up as a child. The family attend the local Buddhist Temple and clean the Buddha images in water and perfume. This is believed to bring good luck and prosperity for the coming year.

These practices are still common, but during modern day Songkran, the most noticeable practise is the throwing of water. Songkran falls at the hottest time of year in Thailand; the end of the hot dry season, before the Southwest Monsoon arrives. Originally, Thais would pay respect to each other, by pouring a small amount of water onto each other's hands. In more recent times, the practice has evolved into full scale water battles, where everybody gets involved in giving each other a thorough soaking. The temperatures are so high that people generally welcome it. Everyone gets involved in the 'sanuk' (Thai, meaning fun), with people from all professions, backgrounds and ages, donning colourful water pistols, buckets, and hoses and, with a smile on their faces, drenching each other. The fun usually calms down by sundown, and then starts again early as the tropical sun rises high in the sky.

Photos of Experience the Songkran Festival

Other experiences in Bangkok 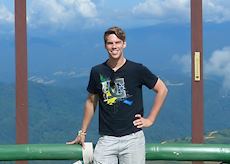 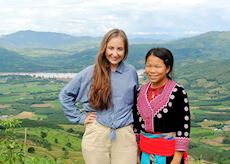