One of the old-school boats, from a time when sturdiness and practicality ruled over balconies and spas, the Ortelius is a great option if you want a no-frills experience. But, this doesn't mean the expeditions are lacking in any way. In fact, the Ortelius visits many of the lesser-seen regions of the world and can carry a helicopter for some trips, too.

The Ortelius harks from the old breed of expedition vessels and is somewhat eclectic in style. Functional and robust, she’s well suited to expedition cruising. The cabins are surprisingly large, and a 2014 refurbishment has brought the decor up to date while retaining an expedition feel.

Spending as much time as possible ashore on exploratory wildlife activities is the emphasis with the Ortelius. Her powerful engines and on-board helicopter enable you to reach more remote areas, particularly in the Polar Regions, which no other ship can manage. She can take you to Snow Hill for the emperor penguins, or complete the semi-circumnavigation from Argentina to New Zealand. Choosing the Ortelius is as much about the itinerary as the vessel.

The good range of cabins on the Ortelius goes from four-person berths to the superior option with a double bed, all of them en suite. The ship has a wonderful Russian feel, but that does translate into fairly simple cabins. However, over the years, they’ve been updated from the dark Russian style to a light, airy feel. The superior cabins on deck five are our preference, for the space and light they offer.

Start planning your tailor-made Antarctica cruise vacation by ​contacting one of our certified specialists... 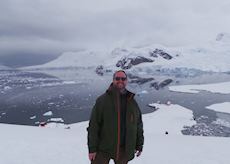