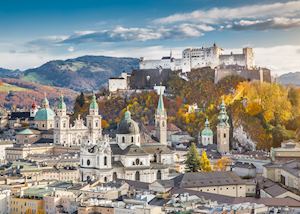 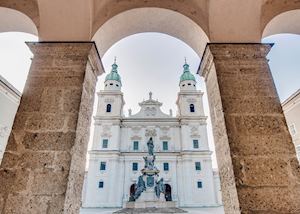 An emblematic part of the skyline, Salzburg’s fortress sits atop the city on Festungsberg hill, offering views of the copper domes of Salzburg Cathedral and the Salzach River. You can take the Festungsbahn funicular up to the top of the hill to visit the imposing stone fortress. Built in 1077, it’s one of the largest medieval castles in Europe and considered to be one of the best preserved. You can explore its various wings and courtyards while making your way to the tower that houses a large mechanical organ, which is played three times a day from Palm Sunday to October 31.

Our itineraries will give you suggestions for what is possible when you travel in Salzburg, and they showcase routes we know work particularly well. Treat them as inspiration, because your trip will be created uniquely by one of our specialists.