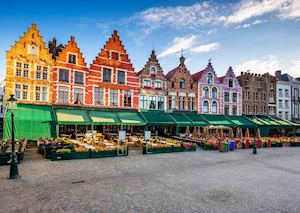 The square’s central fountain is surrounded by medieval-era buildings and museums, step-gabled and brightly painted, dominated by the colossal 13th-century belfry. Thrusting 83 m (272 ft) above the town, its octagonal turret can be reached via 366 steep steps, giving you an excellent view of the entire city. The old guild houses arrayed around the plaza have largely been converted to cafés and restaurants.

Also in the Burg are an 18th-century neoclassical courthouse and the 12th-century Basilica of the Holy Blood, where a relic of Jesus Christ is said to be held. 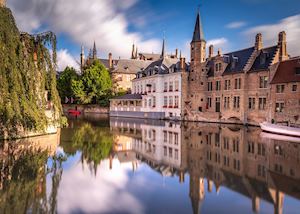 This sample itinerary will give you an idea of what is possible when you travel in Bruges, and showcases routes we know work particularly well. Treat this as inspiration, because your trip will be created uniquely by one of our specialists.