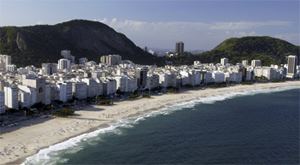 It is a city that should not be missed by any visitor to Brazil, whether it’s a first trip or the tenth. It’s a place of contrasts; a buzzing, modern metropolis yet home to the world’s largest urban forest. Rio epitomizes the country in every way. It is culturally rich, full of music and dance and its beaches, and the Brazilians who strut purposefully along them, are among the most beautiful in the Americas.

The iconic statue of Christ the Redeemer embraces Rio in its outstretched arms. Look up from any point in the city and the chances are you will catch him looking down on you. Take the cog railway to the top of Corcovado to see it close up, and when the clouds lift, the views it offers over the city to the sea beyond are second to none. 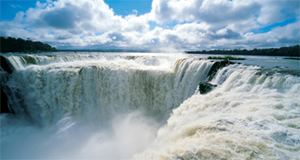 Iguaçu Falls, surrounded by lush green national parks, sit on the border of Brazil and Argentina and are made up of 275 individual falls, stretching 3 km (2 miles) in width and crashing down over 80 m (262 ft). The Brazilian side of the falls boasts breathtaking panoramic views.

Cross the border to the Argentine side and take the opportunity to stroll the jungle clad walkways that weave in and out of the many smaller falls. Finally, ride the little railway to the aptly named ‘Garganta del Diablo’ or Devil’s Throat where thousands of liters of water will rush under your feet as they continue their hurried journey down the Iguaçu river.

Find out more about the Iguaçu Falls 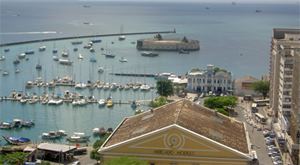 Originally settled by the Portuguese in the 16th century, Brazil’s first capital city, Salvador, exudes energy from every pore, and no visitor will fail to become intoxicated by its architecture, colors, music and flavors. Pelourinho, the historic center of the city, is without doubt a mecca for the Brazilian and international visitor but that doesn’t diminish the charm of its beautiful pastel colored colonial buildings, its ornate 17th and 18th century churches and the warmth of its people.

Around every turn is a fresh delight; a baroque style church, an art museum, a café or bar spilling tables and chairs onto the cobbled street or a group of drummers beating out the complicated rhythms of samba. The heritage of the African slaves, trafficked over by the colonial power, is evident at every turn from the trance-like figures, dressed in white during a Candomblé ceremony to ‘moqueca’, the spicy fish stew flavored with African spices, and the acrobatic capoeira dancers, spinning to the beat of the one stringed berimbau.

Find out more about Salvador 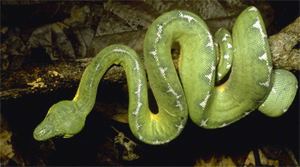 The Brazilian Amazon offers a comprehensive introduction to the jungle experience. Lodges and boats based around the tropical port city of Manaus offer excursions along the river and its tributaries, largely in motorized canoes. Night excursions with local guides along jungle trails surrounded by the buzz of cicadas and the distant screech of monkeys reveal huge spiders, waiting by their lairs for unsuspecting prey, and, as you approach the water, the bright red eyes of the many caiman that inhabit the area.

The wildlife of Brazil’s Amazon however is not as easily accessible to the visitor as that of other parts of the South American Amazon. Being relatively close to Manaus, much of the fauna around the area’s lodges has disappeared deeper into the rainforest to hide in its dense vegetation. A visit to this part of Brazil, whilst offering the chance to experience a taste of the authentic tropical rainforest that engulfs one of the world’s mightiest rivers, should not be undertaken with the sole purpose of observing the area’s wildlife.

Find out more about the Brazilian Amazon 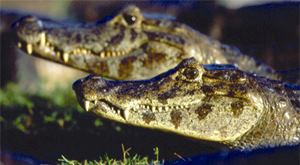 Without doubt the best place for wildlife in Brazil is the vast area of wetlands bordering Bolivia and Paraguay in the west of the country. The Pantanal stretches for 109,435 sq km (42,253 sq miles), spread across the states of Mato Grosso and Mato Grosso do Sul. It is sparsely populated by humans but rich with birdlife and mammals.

Lodges in the Pantanal tend to be relatively simple and sometimes family run. They make an excellent base from which to get to know the local flora and fauna. Guides will accompany you on horseback, in kayaks, motorized canoes, open top jeeps and on foot to explore the area and giving you the opportunity to enjoy sightings of capybara, caiman, howler monkeys, anteaters, deer, porcupines, giant otters and jaguars if you’re lucky. In addition you’ll see macaws, storks, hawks, herons, ibis and rhea.

The best time to visit the Pantanal is between May to October, with the best birding opportunities between July and September and the best jaguar sightings in September and October. The rest of the year is very wet and can be very humid but shouldn’t be written off for visits. Access to the Pantanal is through the two nearest cities, Campo Grande and Cuiabá, both of which are easily accessible by air from Rio or São Paulo.

Find out more about The Pantanal 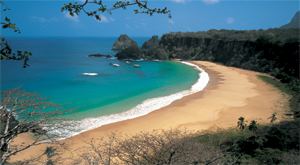 One of the many things Brazil has in abundance is beaches. The country’s coastline stretches for over 7,242 km (4,499 miles) from its border with French Guyana to Uruguay in the south. There are city beaches such as Copacabana and Ipanema in Rio, beaches to watch whales from, beaches backed by jungle, beaches from which to windsurf and simply miles and miles of deserted palm fringed beaches.

To find out more about organizing a tailor-made trip to Brazil, call one of our specialists on 1-855-234-2083 or go to our Tailor-made Vacations in Brazil section.