Thermal springs, an opulent casino and interesting art museums in the aristocratic spa town of Baden-Baden 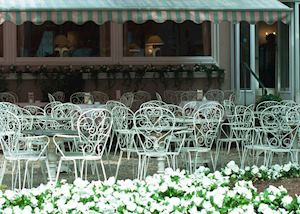 A spa town in the Black Forest, Baden-Baden has long attracted Roman emperors, French aristocrats, Russian authors and Hollywood glitterati to its streets. You can enjoy world-renowned hotels, stroll the cobblestone streets and take in the villas that have been transformed into outdoor cafés, antique shops and romantic parks.

Located in the south-west of Germany, just 10 km (six miles) from the French border. It’s an easily walkable town and is best done on foot, though there are taxis and cars available if needed.

Merker Mountain is named after Mercury, the ancient Roman god of trade and commerce, and at the summit you’ll find a cast of the site’s original votive stone dedicated to the god. There is plenty to do once you reach the top, including a restaurant, sunbathing lawn, barbecue area, observation tower and playground. You can either take the funicular back down or explore the numerous footpaths. 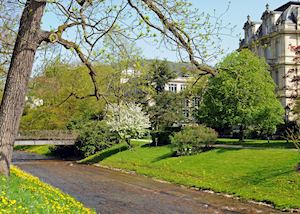 There are more than 300 native and exotic trees and plants along the promenade, including alders, azaleas, chestnuts, gingkoes, limes, magnolias, maples, oaks and sycamores.

This sample itinerary will give you an idea of what is possible when you travel in Baden-Baden, and showcases routes we know work particularly well. Treat this as inspiration, because your trip will be created uniquely by one of our specialists.