Dungarpur, otherwise known as the City of Hills, was founded in the 13th century, nestled into the southern part of the Aravalli hills.

The original palace, the Juna Mahal, was built as a rural retreat by the ruling Rajputs, and constructed with crenulated walls, turrets and narrow passageways as a means of defense.

Now no longer occupied but still owned by the family, you may visit the palace upon request or by invitation.

Within the district are small villages that you could visit, inhabited by the Bheel tribal folk, who often perform folk and music shows at the palace.

There are also several temples and shrines important to different religious sects that you could locally arrange an excursion to. 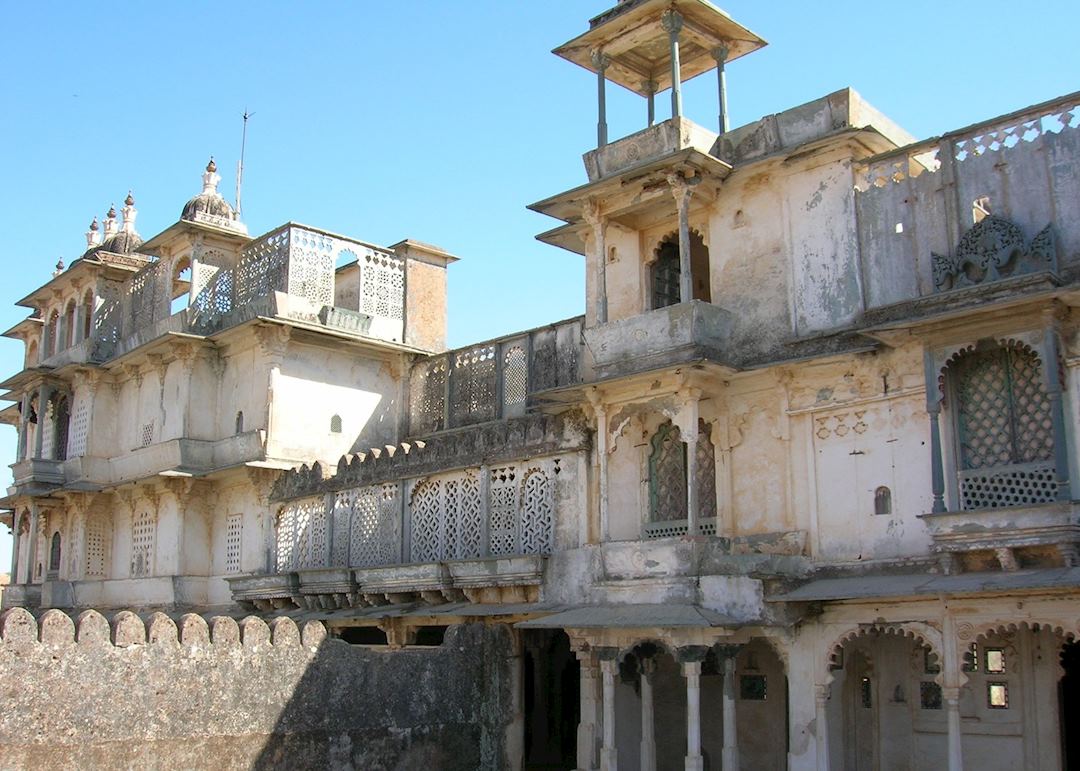 Start planning your trip to Dungarpur

We’ve selected a range of accommodation options for when you visit Dungarpur. Our choices usually come recommended for their character, facilities and service or location. Our specialists always aim to suggest properties that match your preferences.