We highlight via our wildlife calendar some of nature's most impressive spectacles you can see throughout the year on an Audley trip.

One of the foremost attractions of the islands for visitors is the fearlessness of the animals, enabling humans to enjoy probably their closest ever encounter with nature. The marine iguanas become brightly colored on Espanola Island in the Galapagos during this period.
Find out more about the Galapagos Islands

Baja California, in Mexico, is fast becoming known as 'Mexico's Galapagos'. Best experienced by a wilderness focused adventure cruise this remarkable area is prolific with whales and dolphins and other wildlife from November to April.
Find out more about Mexico

January and February in Antarctica will give you the opportunity to walk among the vast penguin colonies and to enjoy watching the new chicks explore their homes.
Find out more about Antarctica

Little touched by tourism, this area of South Africa's coastline stretches from East London up to the KwaZulu-Natal border. It's on these beaches that leatherback and loggerhead turtles come ashore to lay their eggs.
Find out more about South Africa

For three months of the year off the coast of Western Australia, the opportunity to swim with the mighty whale shark is possible. Attracted by the plankton feast of the March coral blooms, the whale shark returns annually to feed.
Find out more about Australia

The best time to visit India to view its incredible wildlife is between the hotter months of March and April, meaning the water holes dry up and animals congregate at the few that remain.
Find out more about India

An isolated speck in the middle of the Pacific Ocean, the Galapagos Islands are one of the last few places on earth where rich, diverse plant and animal life has remained largely untouched by humans. Although the Galapagos can be visited all year round we recommend April as a particularly good time to visit especially if you have an interest in birdlife. The islands have approximately 29 types of land bird, and 19 types of seabird which inhabit the islands.
Find out more about the Galapagos Islands

April is the height of the Green Season in Zambia, which begins in November. During this season it rains almost every day. In Zambia the vegetation is emerald, birds are breeding in plumage, and many of the animals have young with them. This is the low price season, but there are still excellent game viewing opportunities.
Find out more about Zambia

From March onward Vancouver Island, located off the West Coast of mainland Canada, sees some 20,000 gray whales migrate north within sight of the coast. By around May this migration is at its height.
Find out more about Canada

May is one of the best months to visit Bird Island as most of the sooty terns and lesser noddy terns have arrived ready for their breeding season, so the island is absolutely full of birds. Some of the lesser noddy terns eggs begin hatching at this time of year, too, so you can also watch the baby chicks feeding.
Find out more about the Seychelles

Botswana's dry winter season runs from May to August. In June the warm, sunny days, combined with clear skies, provide an ideal climate for visiting Botswana's Okavango Delta. Because of the dry weather, the bush is thinner at this time of the year, allowing the game to be seen more clearly.
Find out more about Botswana

Situated on the western edge of Brazil, the Pantanal area of wetland is excellent for observing animals, such as capybaras, caimans, jaguars, anacondas and flocks of storks and herons in their natural habitats.
Find out more about Brazil

Brooks Falls in Katmai National Park, Alaska, is world renowned for its large population of grizzly bears, attracted by the prolific numbers of salmon found in the Brooks River. Expect to see bears in July, sightings are never guaranteed as this is determined by the runs of salmon each year.
Find out more about Alaska

Between July and October humpback whales migrate north into the South Pacific waters from their summer feeding grounds in New Zealand. The whales arrive during the cool months of July to give birth to their calves and this is a wonderful time to spot them.
Find out more about French Polynesia

By August, the front runners are preparing to cross the Mara River as part of the annual Great Migration. One of the natural wildlife wonders of the world, it sees approximately 1.5 million wildebeest, numerous zebra and gazelle migrate over 1,800 miles from the Kenyan Masai Mara to the Serengeti.
Find out more about Tanzania

July to October is the nesting season for the endangered Green Turtle, when the turtles come up on to Tortuguero beach at night to lay their eggs. It is possible to arrange trips at night to witness this fantastic natural phenomenon, and it really is a wonderful sight to see these peaceful giants so close up.
Find out more about Costa Rica

Harsh but beautiful, Namibia is one of Africa’s most enticing destinations and September is an ideal month to visit as animals (many of the uniquely adapted to life in the desert) increasingly congregate around drying waterholes as temperatures rise.
Find out more about Namibia

Critically endangered, orangutan are now found on only two islands in the world: Borneo and Sumatra in Indonesia. September is a good month to visit Borneo as it's outside the main monsoon season, although being primary rainforest it's never completely dry.
Find out more about Borneo

By the last two weeks in October, some 600 to 1,000 polar bears are massed along a 100-mile-long stretch of coast between the Nelson and Churchill rivers, forming the largest concentration of polar bears in the world.
Find out more about Canada

Madagascar runs across several latitudes and its climate varies. October and November are particularly lovely as the weather is fine and warm, the jacarandas are in flower and many lemurs have young.
Find out more about Madagascar

Each year between June and November the Southern Right Whales pass the Valdes Peninsula offering spectacular opportunities to get close to these magnificent giants.
Find out more about Argentina

November is a time that the hours of daylight are at their longest, however four seasons in one day is always a possibility, and the winds are persistent all year round. The islands teem with a massive array of wildlife, from tiny land birds that survive in pest free environments to enormous elephant seals.
Find out more about the Falklands Islands

Situated in the Indian Ocean, the Mafia Islands in Tanzania have a tropical climate and are surrounded by unspoiled barrier reefs. There is a large array of fish, turtles, rays and dolphins, that can be seen whilst snorkeling or diving. One of the highlights is swimming with the mighty whale shark; these tend to be around the islands in January and December.
Find out more about Tanzania

The Antarctic summer, a five-month period from November to March, means December can be an excellent time to visit Antarctica as it's during this period that the chicks begin hatching. When they hatch they are fed by both the parents which always provides some great photographic opportunities.
Find out more about Antarctica

Speak to a wildlife certified specialist to start planning your tailor-made vacation...

Speak to a wildlife certified specialist to start planning your tailor-made vacation... 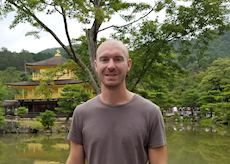 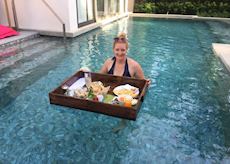