Mérida was built more than 450 years ago on the site of T'ho, an ancient Mayan city, and is the social and economic center, as well as the capital, of the Yucatán state.

It is also known as the "White City" because of the large use of white limestone and white paint in its old center. It is an ever-expanding sprawling, bustling city of about one million but it retains its traditions and has a rich cultural life which is reflected in its diversity and many free concerts, performances and other events which are held daily. Despite its modernity Mérida has also managed to retain its colonial charm in its small historic center which though under constant restoration has a laid-back tempo that is charming and a great place to experience Mexican culture. You can admire the cathedral, old mansions and elegant buildings built in the 17th, 18th and 19th centuries, which are now used as public office buildings, museums and hotels. Its downtown area features a large, tree-shaded central square with a market and numerous small shops surrounding it.

Jarana is the principal dance in Mexico's Yucatán state — an illustration of the fusion of old and new world culture it enchants viewers with the elegance of its steps. The music is typically provided by a jarana orchestra comprised of two clarinets, two trombones, kettledrums and güiro. If you are in the city on a Sunday half the main avenue is shut to become pedestrianized and there is often music and dancing in the street.

Mérida also makes a good base from which to explore the Mayan archaeological sites of Chichén Itzá and Uxmal. Pink flamingo sanctuaries and swimmable crystal-clear cenotes (sinkholes) are some of the natural attractions of the Yucatán Peninsula that are also easily accessible from the city. Please note museums are closed Sunday and Monday. 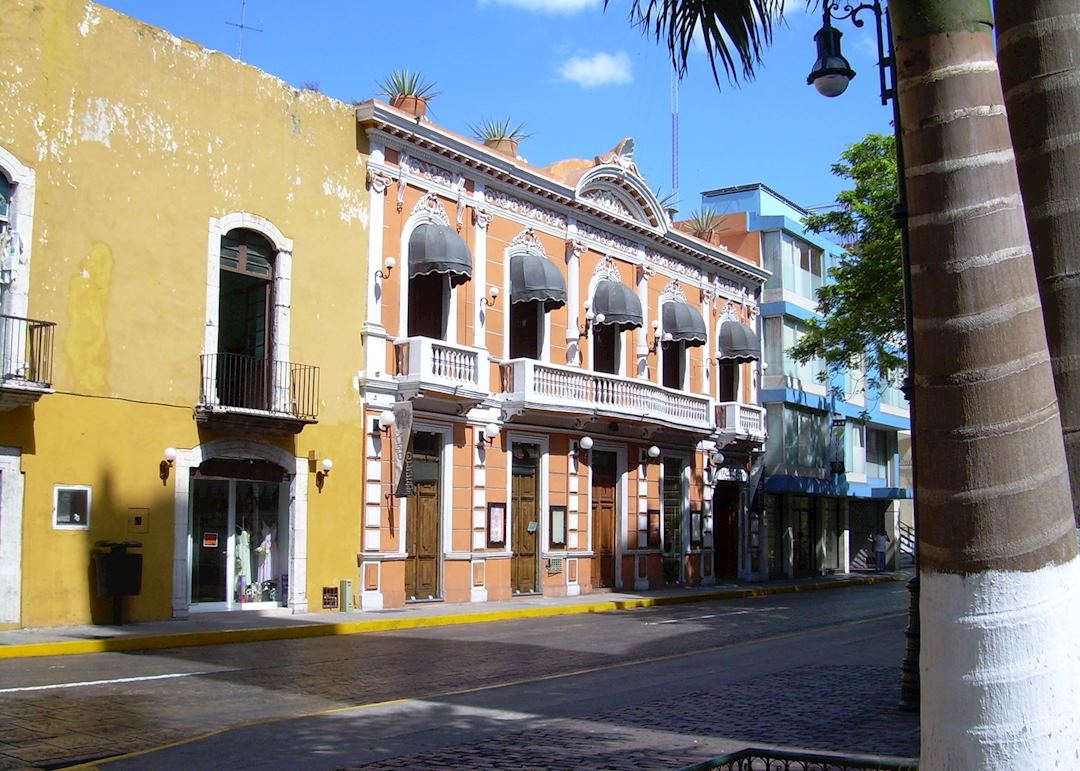 Start planning your trip to Mérida

Our expert guides to exploring Mérida

Written by our specialists from their own experiences of visiting Mérida, these guides will help you make the most of your time there. We share both our practical recommendations and the best ways to appreciate Mérida at its best.

We’ve selected a range of accommodation options for when you visit Mérida. Our choices usually come recommended for their character, facilities and service or location. Our specialists always aim to suggest properties that match your preferences.

Our specialists seek out authentic ways to get to know the places that could feature in your trip. These activities reflect some of the experiences they've most enjoyed while visiting Mérida, and which use the best local guides.