Lake Khuvsgul, with its Russian cousin Lake Baikal, lies along a relatively recent north-south faultline in the Earth's crust. Like Baikal, Khuvsgul is of enormous depth — the deepest lake in North Asia, up to 900 feet deep with a surface area of some 2,700 square kilometers.

Its water is of an unrivaled purity, its summer banks dotted with wildflowers.

Winter finds the lake under more than a meter of ice, though it still teems with fish species. The surrounding countryside is a joy for the explorer — clean air, quiet glades in the taiga forest, sweeping mountainside, and the play of gentle sunlight on the waters of this lonely mere.

The Khuvsgul Aimag province, northernmost in Mongolia, is centered around its most distinguishing feature, the pristine Lake Khuvsgul. The province is also remarkable, however, in that it represents one of the most direct and contemporary convergences of the ancient shamanic and relatively modern (12th century) Buddhist cultures of Mongolia. 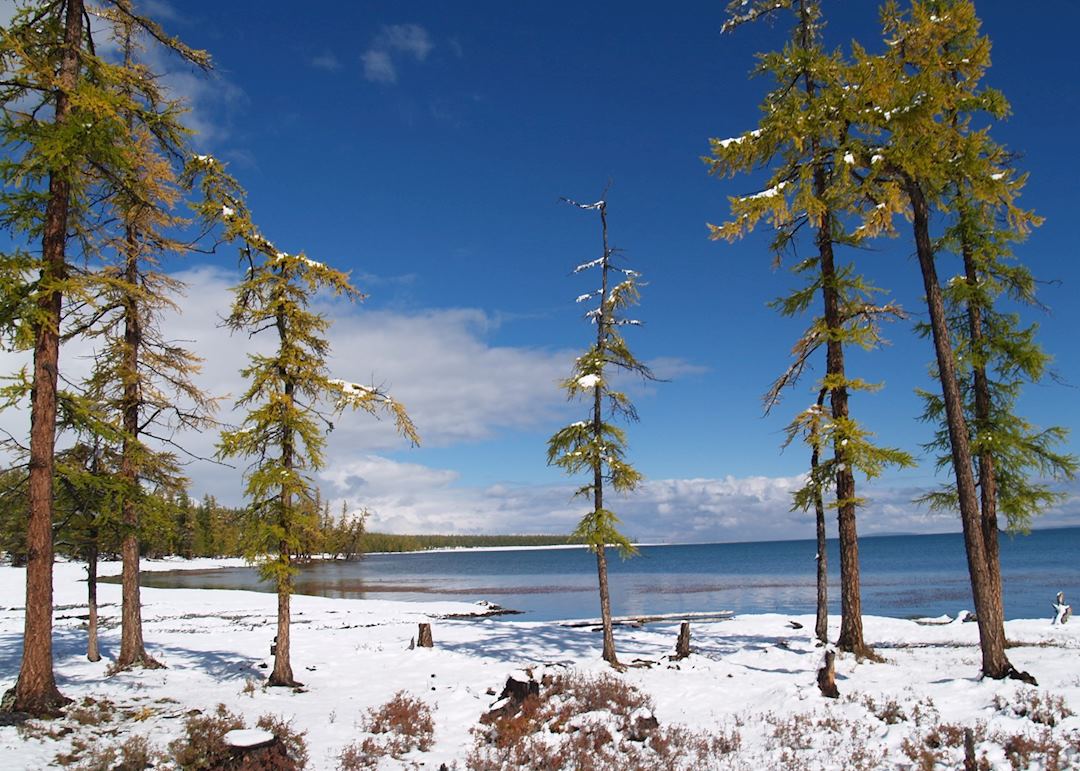