Medieval fortifications, a warren of subterranean tunnels, a vibrant art scene and a relaxed modern lifestyle, all in Maastricht 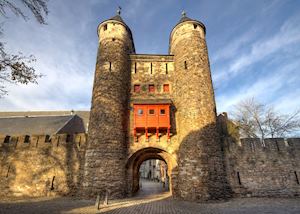 on the southeast tip of the Netherlands, with Germany and Belgium just a short drive away, Maastricht has a lot in common with its nearby cities — a focus on fine food and drink, a vibrant nightlife and an outgoing attitude. At the same time, the city offers a wealth of historical sights, riverfront houses and a network of underground tunnels.

Once a Roman settlement, Maastricht passed from Spanish to Dutch to French hands until finally becoming part of the Kingdom of the Netherlands in 1815. Today, it retains much of its international character and you can see Dutch Masters and modern artwork, shop in the chic Wyck district and hike up to the 17th-century Fort Saint Pieter for excellent views.

We can arrange a walking tour of Maastricht’s historic district, send you in a boat down the Maas as far as Liège in Belgium or arrange a bicycle rental for a ride alongside the winding canals.

The city is split by the Maas River, with the east and west sides connected by bridges such as the pedestrian Sint Servaasbrug, built in the 13th century. You can visit medieval sites including the ruins of Castle Lichtenberg, whose foundations date from the 10th century, and the massive double-towered Hell’s Gate — the oldest city gate in the Netherlands. The city has nearly as many heritage sites as Amsterdam, and we can arrange for you to explore many of them on a walking tour with a local guide. 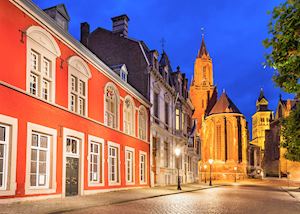 In the western historic district, there are three main plazas that form the city’s heart. The Vrijthof is a wide-open square surrounded by tall, narrow guild buildings, and is the site of many city events including Maastricht’s renowned Carnival. The Markt or Market Square surrounds the 19th-century City Hall, while the Onze Lieve Vrouwplein, or Square of Our Lady, is a tree-lined area outside the Basilica, covered in terraces and cafés that abut the pedestrian shopping district. Further south, remnants of medieval walls form a string of parks next to the University College Maastricht.

A distinctly cosmopolitan city with a flair that feels more Belgian or French than Dutch, Maastricht is also known for its lively bar scene, fine dining and strong appreciation of fine art. Stop by the east-side Wyck district, a cobbled shopping area rich with restaurants and bars that combines old and new architecture. While you’re there, see the modern silo-like tower of the Bonnefantenmuseum, and take in some art by Dutch Masters as well as modern artists.

Maastricht also boasts an underground city, a wide network of caves and tunnels built over the centuries since medieval times. The caves that remain are spread throughout the city and its outskirts, but they were once linked by more than 20,000 passages, dug out of the marl for mining. Over the years, they were repurposed to aid with surprise attacks during sieges, hide munitions underground and shelter the population during the bombings of World War II.

You can also explore the city on bicycle tours alongside the canals and boat trips along the Maas. If you like, you can even take the boat as far as Liège in Belgium on a day trip. From Maastricht, you can also reach Cologne, Brussels and Luxembourg City by car in under two hours.

Maastricht is at its best from May to October, when warmer weather brings the city's many outdoor squares and terraces to life. Visiting from November through January is still possible, though you’ll need to be prepared for colder, sometimes freezing weather, limited restaurant options and many hotels and museums closing for yearly renovations. February and early March, however, see a large surge in visitors for the city’s renowned Carnival. 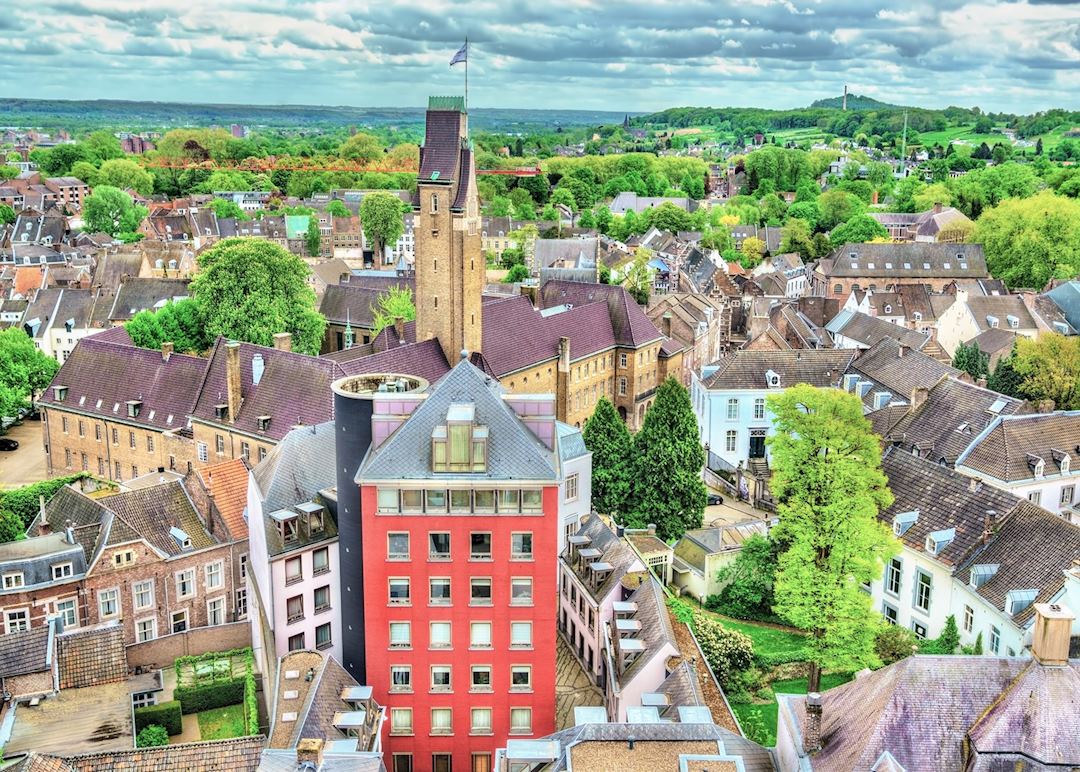 Start planning your trip to Maastricht

We’ve selected a range of accommodation options for when you visit Maastricht. Our choices usually come recommended for their character, facilities and service or location. Our specialists always aim to suggest properties that match your preferences.