When is the best time to visit the Netherlands?

The best time to visit the Netherlands is in June, or between September and November, when the leaves change and the foods and beers of the festive season emerge. You’ll get the best balance of value, quiet, and activities during these times, and temperatures are pleasant, ranging from 48 to 66°F.

However, the Netherlands is a true year-round destination, with mild temperatures for much of the year and several winter-time attractions in the colder months. April is a peak month for visitors, with thousands arriving to see the tulip festivals and flower gardens. While this is a fun and lively time, with temperatures starting to rise after the winter, it’s also very crowded and prices will be higher.

July and August are also peak months, with tourists from Europe and North America visiting during their summer breaks. The weather is balmy, with the low-lying coastal land preventing temperatures from getting too high most of the time. They tend to sit around a pleasant 68°F.

Things are quieter and less costly from December to March, although there are spikes in tourism during the Christmas market season and February’s Carnival. Temperatures are low, ranging from 41 to 48°F. 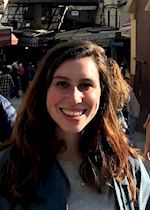 For me, the Netherlands and tulips are practically synonymous, which is why I like to visit in April. The flower markets are at their brightest then, overflowing with brilliant blooms in candy-apple red, deeply mysterious purple, and snowy white. The Keukenhof Flower Gardens are the main attraction, of course, and the sight of millions of flowers is worth the extra crowds you get at this time.

Month-by-month guide for traveling in the Netherlands 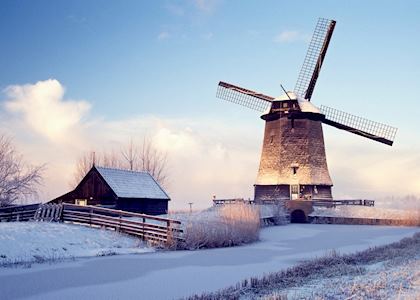 Visiting the Netherlands in December - March

December means Christmas markets in the Netherlands, which brings spikes of visitors in spite of the drop in temperature, which tends to be just above freezing. The country’s large carnival celebrations bring another wave of activity in February, but in general these winter months are a quieter time to visit, when you can avoid crowds and enjoy reduced hotel rates. 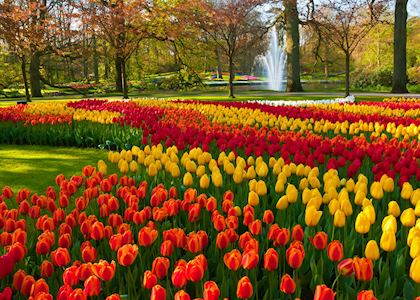 Visiting the Netherlands in April - May

Spring is in full bloom as temperatures warm, and the flower gardens attract millions to the country to see the renowned Dutch tulips. This is a singular sight, and a must if you’re interested in tulip cultivation, history, or just the chance to see this intense concentration of multi-hued flowers all in one place. You may find it overwhelming, however, if you don’t like crowds. 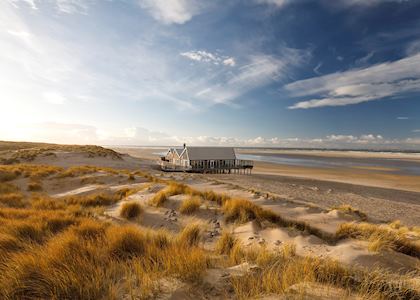 Visiting the Netherlands in June

With warm but not hot weather, medium-sized crowds and plenty of activities and festivals scheduled, June is a great month to visit between the busy flower season and summer vacations. Music festivals abound, including the Festival Classique celebrating classical music, Pinkpop, a massive rock festival that’s been going since 1970, and Parkpop, a free outdoor music festival at The Hague. 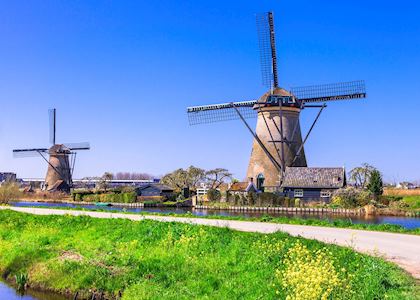 Visiting the Netherlands in July - August

The summer season has the best weather, with temperatures in this maritime climate averaging around 67°F. Sidewalk cafés, beaches and just walking or cycling through the country are best during this time, which also makes things crowded. The cities are full of lively events like the Rotterdam Summer Carnival and the Scheveningen International Fireworks Festival, and prices can increase as hotel availability becomes an issue. 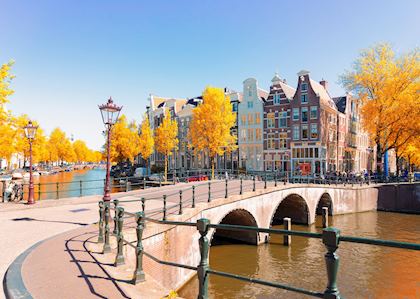 Visiting the Netherlands in September - November

As temperatures drop and fall sets in, the trees put on their golden, red and orange shows. While this is the rainiest time of year, the scenery is excellent, and crowds and costs decrease. There are several film festivals, and the cuisine, festive pastries and darker beers are especially suited to this time of year. It’s also a great time to enjoy the countryside before winter sets in.

Practical tips for traveling to the Netherlands, from social protocols to guidance on money matters, with a link to the latest government travel advice.

Trip ideas and travel guides for exploring the Netherlands