Saint Kitts is the larger island of the two-island nation of Saint Kitts and Nevis, made up of three converging volcanic peaks. The highest peak, Mount Liamuiga lies in the center with lush jungle leading down to the beaches below. A single road circumnavigates the island, with the turbulent Atlantic Ocean to the north and the calmer Caribbean Sea to the south.

The capital, Basseterre, in the southeast of the island, was originally the capital of the entire French West Indies colony, before the British took control in 1660. In this compact city, you’ll be able to appreciate the variety of cultures that have influenced the island, from Georgian-era architecture, Chinese street stalls, a Jewish cemetery and locals speaking African-influenced Creole.

The beaches around Frigate Bay are long swathes of silver sand, trimmed with chic beach bars and local beach bars very popular with cruise ship passengers visiting for the day. Snorkeling trips are possible here into the island's clear tropical waters where you might spot barracuda, rare sea snails, tiny seahorses and the island’s favorite dish — the spiny lobster. Turtles also nest on some of the secluded areas of the beach. 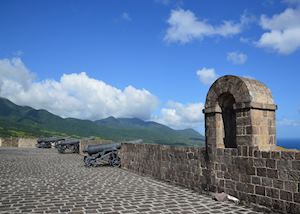 Inland, the island is littered with remnants of the sugar industry. One of the largest producers in the Caribbean, Saint Kitts was once home to thriving sugar cane plantations and factories. Some of the plantations still exist — having been carefully converted into boutique hotels or restaurants. The Saint Kitts railway, built to transport sugar cane across the island, has been restored and is an unusual way to explore the island.

As Saint Kitts no longer produces sugar cane, many of the fields are gradually being reclaimed by the rainforest and Saint Kitts bears the rare accolade of having one of the only increasing areas of rainforest in the world. An extensive network of hiking routes meander through the rainforest, leading into the untouched forests of the interior. The paths can be tricky to navigate so it’s worth taking a guide — especially if you want to summit Mount Liamuiga. On reaching the top, you’re rewarded with views into the extinct volcano’s crater which has grown its own lush microclimate inside and has been nicknamed by the locals as the ‘giant’s salad bowl’. 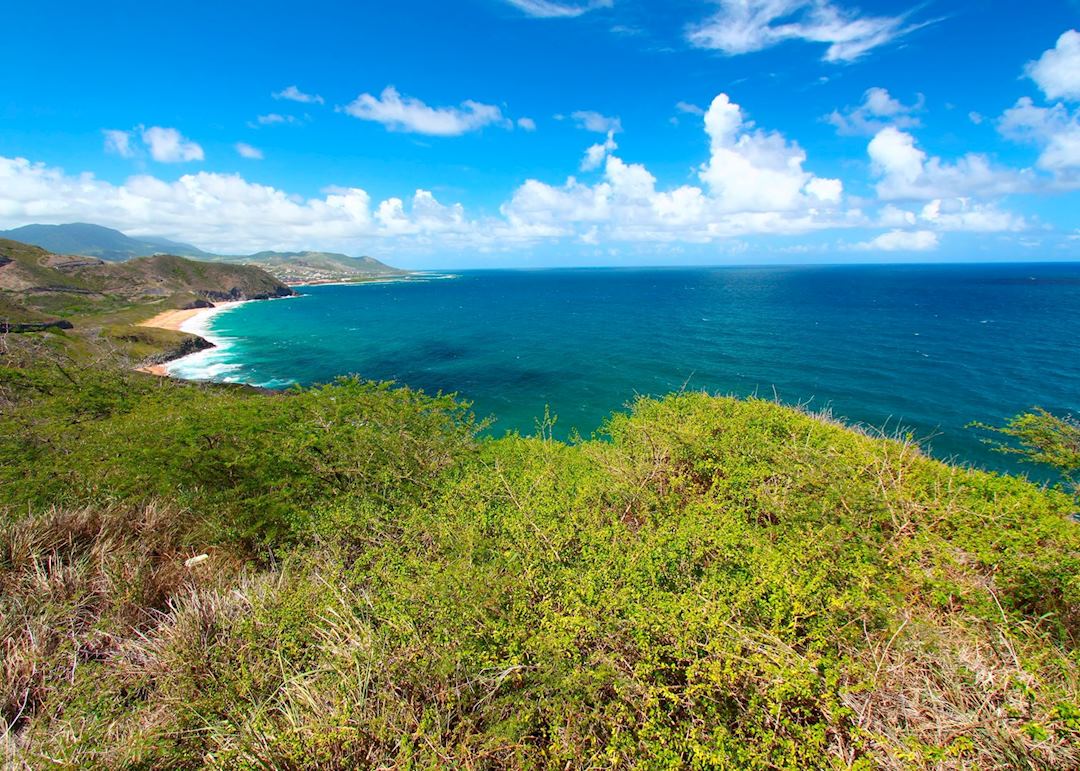 We’ve selected a range of accommodation options for when you visit Saint Kitts. Our choices usually come recommended for their character, facilities and service or location. Our specialists always aim to suggest properties that match your preferences.